College Teams Tout Stars. They Need Early Matchups to Brag About, Too. 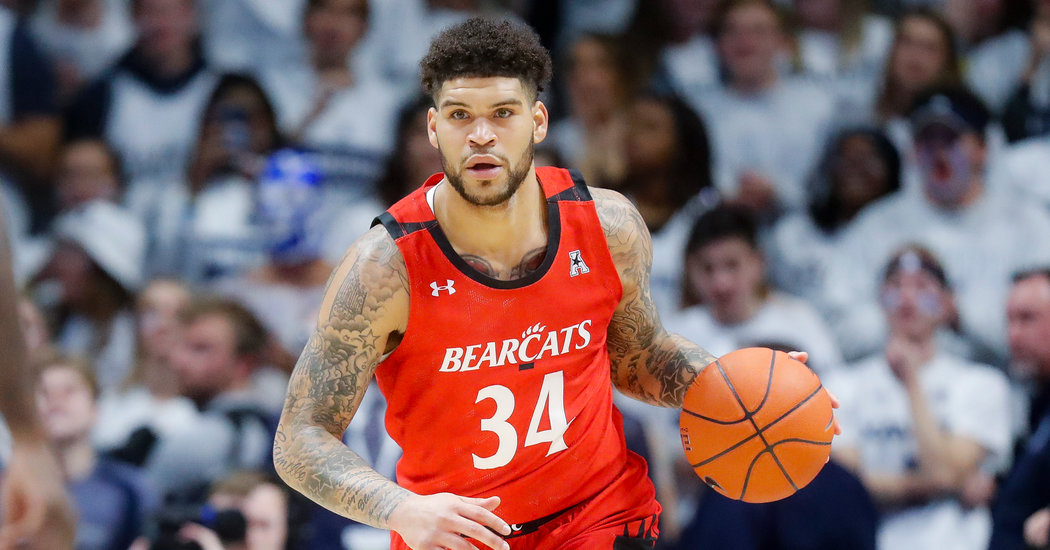 The holiday season has felt a lot like the N.C.A.A. tournament for the Cincinnati men’s basketball team. That’s by design, a maneuver it hopes will pay off in March, when tournament seedings are made.

Its schedule includes Xavier and Tennessee, which have been ranked. It beat Vermont, the favorite to win the America East Conference. It will host Colgate, the team picked by coaches and sports information directors to win the Patriot League, on Saturday. And a week later, in Chicago, the Bearcats will play Iowa, which has already beaten last season’s national runner-up, Texas Tech.

Cincinnati Coach John Brannen had that in mind when he was hired from Northern Kentucky in April to replace Mick Cronin, who went to U.C.L.A. Some games were set under prior deals, but some nonconference games were unfilled, and he wanted to engage tournament contenders.

“We know that’s what the selection committee really looks at in March,” Brannen said.

He closely studied statistics to find the strongest remaining opponents, even seeking help from an outside analytics firm. That led Cincinnati to schedule Vermont, Colgate and Drake, which each won at least 24 games last season.

“You can either go hard or not go hard with those final slots,” Brannen said. “We chose to go with programs like Vermont and Colgate instead of going easy.”

Cincinnati is a part of the American Athletic Conference, and last season won the conference’s automatic bid to the N.C.A.A. tournament. This season, Houston and Memphis are the favorites to win the conference, according to a poll of its coaches; Cincinnati was chosen third.

The American, which sent four teams to the N.C.A.A. tournament in 2019, offers guidance to its teams in scheduling nonconference games, said Nate Pomeday, the league’s associate commissioner. Part of that includes limiting games against teams at the bottom of the N.C.A.A. Evaluation Tool (also known as NET), which ranks teams on a variety of factors, including strength of schedule and game location.

The system is the primary one used by the N.C.A.A. tournament selection committee to fill out the 68-team field. The committee picks 36 teams to invite to the tournament as at-large bids, to join 32 teams that qualify automatically by winning their conference tournament.

“We also have criteria for certain programs who are Tier 1 teams that are trying to earn a high seed in the N.C.A.A. tournament,” said Pomeday, adding that other guidelines help teams from the American that are simply trying to make the tournament.

The higher standards have given more import to games in November and December.

The dismantling of the old Big East and the reconstitution of the American in 2013 — amid a wave of realignment across college sports — immediately meant one fewer team would be invited to the tournament with an at-large bid.

There are also fewer opportunities for programs outside power conferences to schedule marquee games. More top leagues are playing 20-game league schedules, with the Big East and Pac-12 conferences joining them next season. Several of the top conferences have also aligned so their teams compete against each other in nonconference games.

Villanova, in the Big East, plays Kansas next week as part of a scheduling alliance the conference made with the Big 12. That’s on top of four additional games Villanova gets each year as part of the Big 5 in Philadelphia, a group of teams in the city that play one another each year. With the addition of an early-season tournament next season, that could mean more competitive games, even those that the Wildcats are supposed to win on paper.

“I actually like it,” Villanova Coach Jay Wright said. “The games you play against teams that you’re supposed to win — those games stress me out more than any other game on the schedule. I always worry that we’re not going to come to play, and if we do, we’re going to develop bad habits. I think it sets up really well moving forward.”

Brannen is going for the same thing at Cincinnati, hoping the Preseason N.I.T. next season with Arizona, Texas Tech and St. John’s can help bring along a younger team.

In the meantime, there are several more obstacles in place in December before his team begins conference play on Jan. 1 at home against UConn.

This season, its early tests are giving Cincinnati, which hasn’t been ranked, a decent shot to make its 10th straight N.C.A.A. tournament. Only Duke, North Carolina, Kansas, Michigan State and Gonzaga have also made the last nine tournaments.

The Bearcats (6-3) have been leaning on three upperclassmen, Jarron Cumberland, Tre Scott and Keith Williams, who played in back-to-back N.C.A.A. tournaments. They lost to No. 23 Xavier last weekend, one of two losses (the other was to Bowling Green) since dropping their opener to a rising Ohio State team.

“The biggest difference I’ve found from this level and the midmajor level when I was at Northern Kentucky is how much these games matter,” Brannen said.

The Yoga Master Who Might Be Chelsea’s Secret Weapon