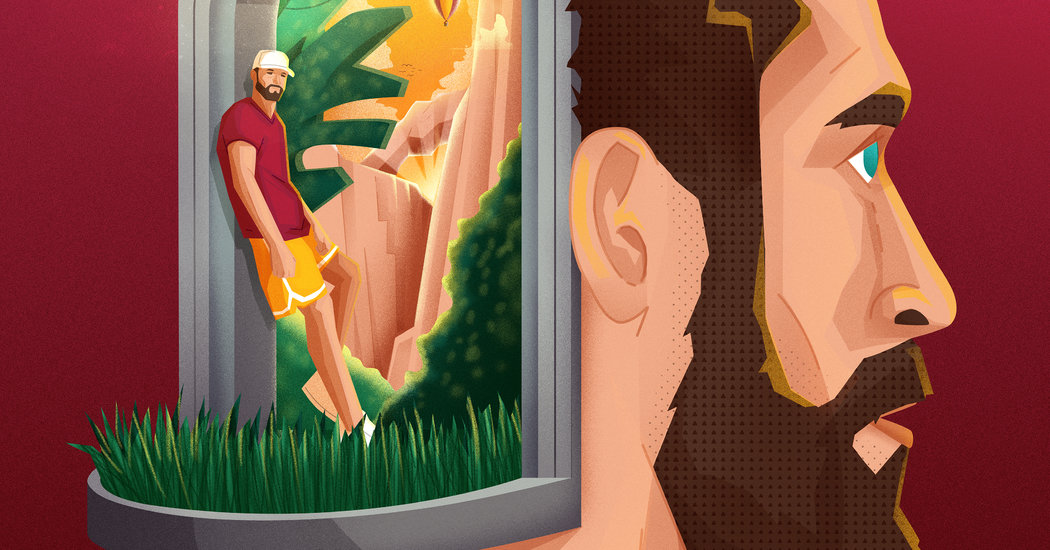 After an off-season in which it seemed like the N.B.A. never took a break, The New York Times talked to a few of the league’s stars about some of the other important things in their lives — anything but basketball.

Part II: Cleveland Cavaliers forward Kevin Love is entering his 12th season as a former champion on a team looking to redefine itself. Part I: Miami’s Jimmy Butler describes his bromance with the soccer star Neymar.

Kevin Love swears he was a cowboy in a previous life.

During a summer that turned his Instagram feed into a traveler’s dream, Love said his favorite place to photograph was Jackson Hole, Wyo., where he was teleported to the era of his favorite genre of film: spaghetti westerns. He did his best to show off ensembles that made him look like an extra on “The Good, The Bad, The Ugly.”

“The colors, the aesthetics and the feel of it,” Love said of Jackson Hole, “it still has the essence of the Wild West.”

After four consecutive N.B.A. finals appearances, Love and the Cleveland Cavaliers — without the departed LeBron James — finished last season with a 19-63 record. For the first time in half a decade, Love got to enjoy an extended off-season in the N.B.A. The extra time off presented an opportunity to catch up on a growing travel to-do list.

When the celebrity chef and travel documentarian Anthony Bourdain died by suicide in June of last year, Love was competing in the N.B.A. finals. The two had never crossed paths, but Love had Bourdain on a short list of people he had wanted to meet.

Love said he had always admired Bourdain’s open-mindedness as he explored the world on TV programs such as “No Reservations” and “Parts Unknown.”

“The great thing I learned from him was to be relentlessly curious and without fear of prejudice,” Love said. Having taken a recent interest in photography which resulted in his buying a new camera and two new lenses, Love set out to capture the photogenic essence of each location he visited this summer.

While there were clear benefits to having and sharing beautiful photos with his 3.1 million Instagram followers, Love also had a simpler reason for curating his experience this summer.

“I think people have to walk that fine line of living in the moment and also capturing the moment as well,” Love said. “That’s what I hoped to gain out of it. Just documenting the happy times.”

His travels with his girlfriend, Kate Bock, started in Phuket, Thailand, and ended in Jackson Hole, Wyo. In between, the 31-year-old Cavaliers forward took a trip back home to Portland, Ore., brought his dog, Vestry, along with him to explore the Cascade Mountains in British Columbia, and made a brief stop at Antelope Canyon in Arizona.

When Love and Bock arrived in Phuket, they sought out locals for recommendations.

“It was an endless summer where we chased experiences,” Love said.

In Thailand, the two visited the Elephant Sanctuary, the Big Buddha, and also came across a new-to-them culinary world at the Sunday street market. A coconut sorbet sourced from a local town was a highlight.

As the photos of his journey overtook his social media feeds, Love started getting travel tips. While visiting British Columbia, Love received a direct message from someone there offering him a helicopter trip. Love was able to visit glaciers and hot springs that few tourists get to explore.

Some might point to his social media presence this summer and say it was less about being an open-minded traveler than living the life of a celebrity, but for Love, his destinations held personal meaning, like his connection to the Wild West in Jackson Hole, or spending a majority of time outdoors in British Columbia, which reminded him of his sense of adventure growing up in Portland.

“We always saw rain,” Love said. “When you have that type of climate, especially when the summer comes around, we were always outside.”

Last year, in an essay for The Players’ Tribune, Love described a panic attack he had shortly after halftime of a game against the Atlanta Hawks. He spoke in detail about his mental health issues, joining DeRozan as the two most outspoken N.B.A. players on the topic.

From his own experience and hearing from others, Love has made finding a balance in his day-to-day life a priority.

“I’ve continued to try to be a voice in this and to listen to other people’s stories and learn,” Love said. “Because the numbers say we’re trending in the wrong direction. There’s still so much ambiguity in what people are dealing with. There’s so many layers to treatment for mental illness. I just want to continue to keep learning and inspiring people to live healthy lives.”

That is why he took the time to get away over the past few months and take his mind off basketball.

“Having the summer to get away from it,” Love said, “I know I’m better off having done so.”

Still, Love acknowledged that finding the balance doesn’t mean altogether shutting off being a professional athlete, even if he wants to. In Thailand and other places, Love was keenly aware of managing his body, which meant 90-minute workouts every morning and a swim in the evening.

“I know that being able to help people out with mental health, being able to afford to travel, none of it happens without basketball,” he said.

Love will begin his 12th season in the N.B.A. this week, but he has already started researching with Bock their next adventure. At the top of the list: Africa for a safari.

Asked to provide a tip for curious travelers, Love suggested they get off the beaten path, let go of the script and allow themselves to discover something entirely new, about the place they’re in and about themselves.

Cowboys' Ezekiel Elliott after victory over Eagles: 'We don't give a f---k what Doug Pederson says' - Fox News