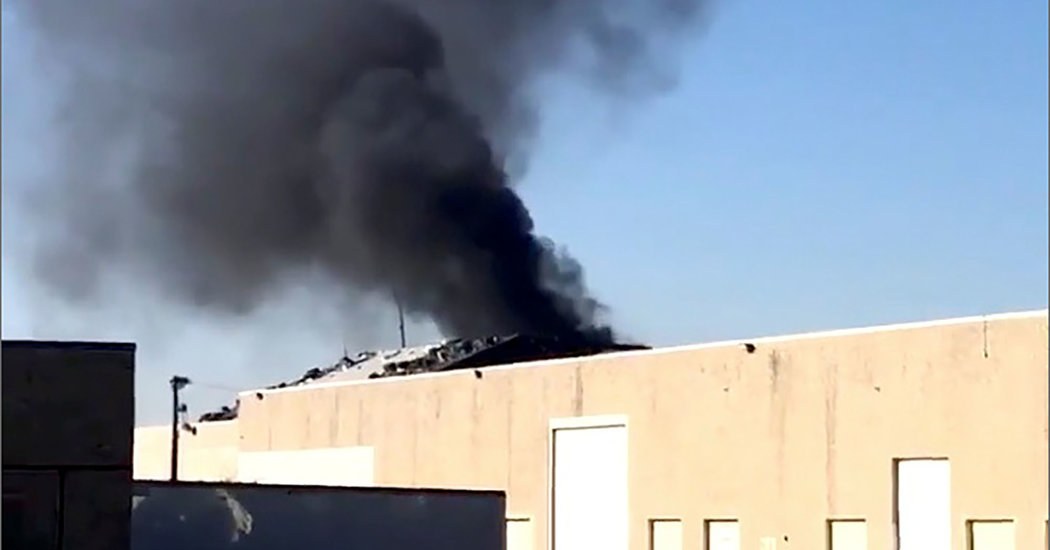 A fire broke out on Saturday at the new stadium for the Texas Rangers that is set to open next year, fire officials said.

The fire was reported about 2:30 p.m. at the ballpark, which is under construction, in Arlington, Texas, about 20 miles west of Dallas.

The fire was contained “in the upper sections of the stadium,” and there were no injuries reported, Lt. Mike Joiner, a spokesman for the Fire Department, said. The cause of the fire was under investigation. The extent of the damage was not immediately available.

Manhattan Construction, which is working on the $1.1 billion project, said a “crate of materials staged in the roof area” of the stadium, known as Globe Life Field, caught fire.