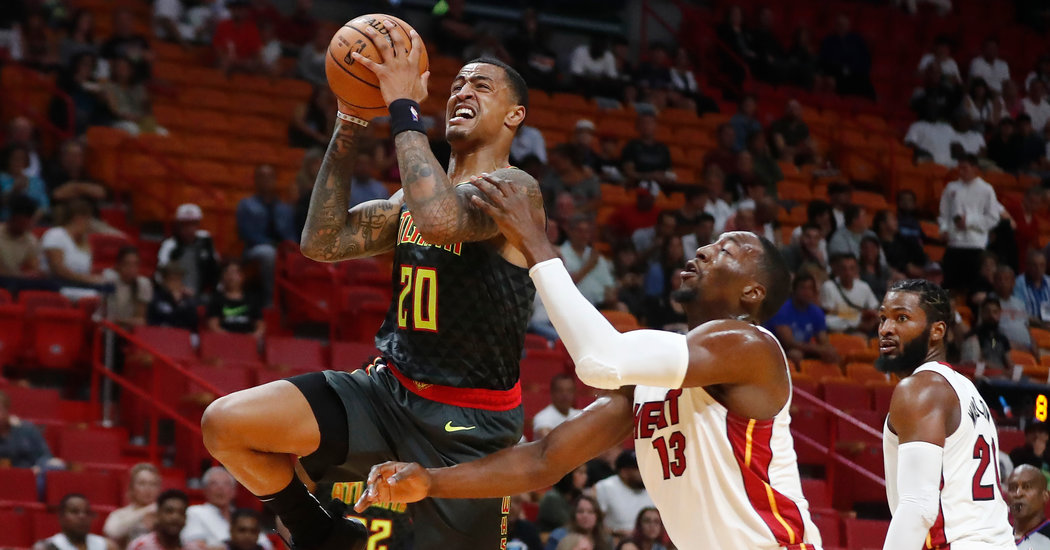 John Collins of the Atlanta Hawks has been suspended for 25 games for violating the N.B.A.’s antidrug policy.

The league announced on Tuesday that Collins had tested positive for growth hormone-releasing peptide-2 (GHRP-2), which is known to increase appetite.

Collins is the third player this season to receive a 25-game suspension for what the league classifies as a performance-enhancing drug, joining the Nets’ Wilson Chandler and Deandre Ayton of the Phoenix Suns.

In August, Chandler was found to have Ipamorelin, a drug that increases the release of growth hormone, in his system, while Ayton was suspended for taking a banned diuretic. The league’s last 25-game drug suspension before Chandler occurred in April 2018 (Washington’s Jodie Meeks).

In a statement on Tuesday, the Hawks said they were “disappointed to learn that John put himself in an unfortunate situation” but that they “believe that he is truly remorseful for his actions.”

Collins apologized in a statement.

“First I want to apologize to my teammates, the Hawks’ organization, our fans, partners and community as a whole for this situation,” Collins said. “I understand the impact this matter has on what we are trying to achieve together this season, and I am incredibly frustrated and disappointed in myself for putting all of us in this position.

“I have always been incredibly careful about what I put in my body, but I took a supplement which, unbeknownst to me, had been contaminated with an illegal component. I plan to fight my suspension in arbitration so I can get back on the court as soon as possible and continue to contribute to our 2019-20 campaign.”

Collins’s suspension, which begins Tuesday with the Hawks’ home game against San Antonio, will cost him $610,582.