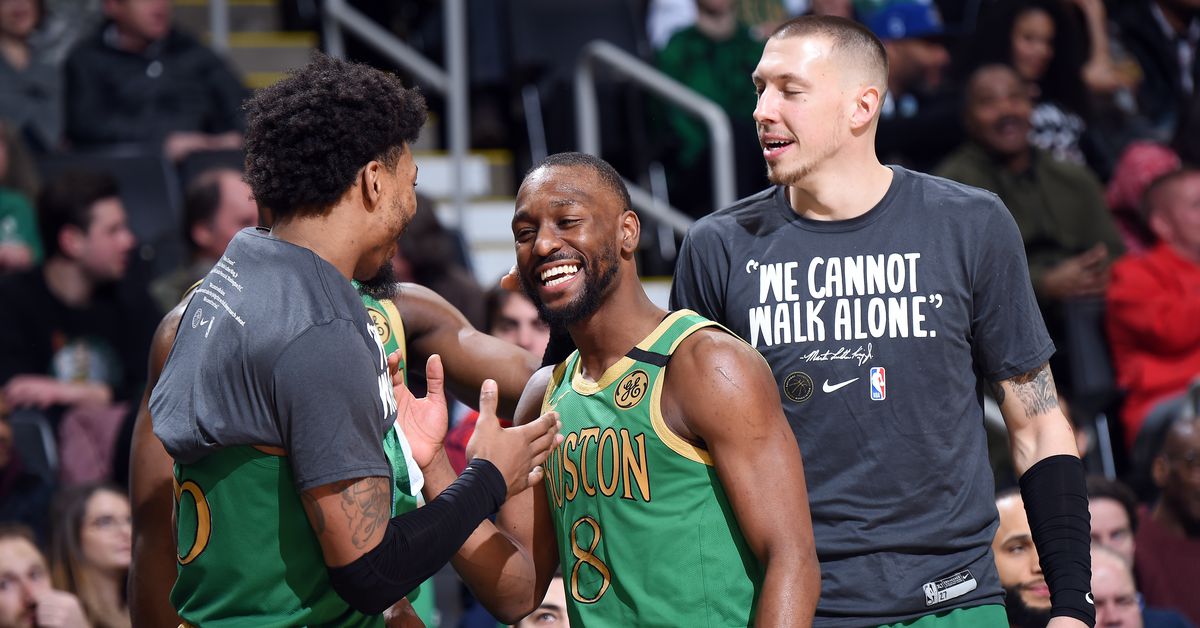 Kemba Walker had faced LeBron James 28 times since entering the NBA in 2011. Walker’s team lost every time. Maybe that’s not the only reason Walker left Charlotte for the Boston Celtics last summer, but the opportunity to compete on the biggest stages and against the best teams certainly played a factor after spending so many years on Hornets squads that never quite rose to that level.

Walker’s winless streak against James started to circulate hours before the Celtics hosted the Lakers for the first time this season. Boston was coming off three straight losses. The Lakers had won 10 of their last 11 and were leading the Western Conference. Just when it looked like the chips were stacked against Walker again, his team responded in a huge way: the Celtics routed the Lakers, 139-107, for their biggest regular-season win in the rivalry in 50 years.

Poor Sherman Douglas wishes he could get this type of vengeance.

Walker finished with 20 points and seven assists in the win on 8-of-13 shooting. He was aggressive on drives, attacking JaVale McGee and Anthony Davis throughout the night and showing all the different ways he can impact a game. Walker hit pull-up threes and mid-range step-backs as always, but he also bullied his way to the middle of the floor and collapsed the Los Angeles defense time after time.

He should have known it was his night early after this ridiculous tip-in in the first quarter.

Walker wasn’t the only Celtic rolling. Jayson Tatum finished with 27 points and Jaylen Brown added 20 points in the win. Even Enes Kanter came off the bench for 18 points and 11 rebounds.

Brown’s dunk on James was the play of the night

As the Celtics had turned the game into a blowout by the third quarter, Brown yammed on LeBron as bad as he’s ever been yammed on his career. This is a straight up facial.

This was the Celtics as the best version of themselves, with their new point guard hitting every note and setting up his talented young teammates whenever he had the opportunity. After the game, the memes started in full.

Charles Barkely even called it!

The Celtics-Lakers rivalry always delivers, and this game felt like no exception even in a blowout. The next time these teams play is Feb. 23 in LA. Can Walker improve to 2-28 against James? Stay tuned.