Kimi Raikkonen out of F1’s Netherlands Grand Prix with coronavirus, Kubica in 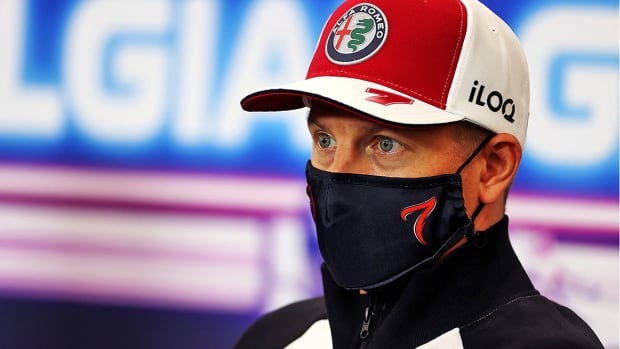 Alfa Romeo driver Kimi Raikkonen has tested positive for the coronavirus and will be replaced by Robert Kubica for the Netherlands Grand Prix.

The 41-year-old Raikkonen, who is retiring from Formula One at the end of the season, tested positive following on-site testing at the Zandvoort track.

“In accordance with COVID-19 protocols he will take no further part in this event. All contacts have been declared,” F1 said in a statement on Saturday. “The procedures set out by the FIA and Formula 1 will ensure no wider impact.”

“He has immediately entered isolation in his hotel,” the team said in a statement on Saturday. “There is no further impact expected for the team for the remainder of this event.”

There was a third and final practice session Saturday ahead of qualifying later in the day. The race is on Sunday.

The 36-year-old Kubica has not raced since the season-ending Abu Dhabi GP in 2019. It will be his 98th start and first for Alfa Romeo, where he is a reserve driver.

Kubica was once considered among the most talented and quickest drivers in F1, securing one win among his 12 podium finishes between 2006-10.

When he returned to F1 in 2019, he scored one point for the struggling Williams team with a 10th-place finish at the German GP.