Here’s what you need to know:

Here’s what we know so far about the crash.

The retired Los Angeles Lakers star Kobe Bryant, 41, and his daughter Gianna died in a helicopter crash in Calabasas, Calif. 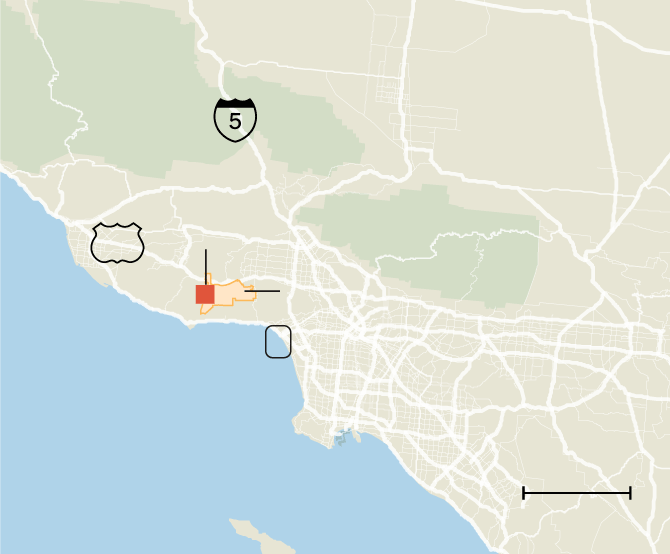 Bryant was among the passengers traveling onboard the helicopter on Sunday. Five people were confirmed deceased, with no survivors, in a helicopter crash in Calabasas, the Los Angeles County Sheriff’s Department said on Twitter. An investigation is ongoing

and the National Transportation Safety Board said it sent a team to California on Sunday evening.

The N.B.A. sent a confirmation of Bryant’s and Gianna’s deaths to all teams and league employees Sunday afternoon, according to two people familiar with the document.

Bryant was considered one of the best players in N.B.A. history.

Drafted to the N.B.A. directly out of high school in 1996, Bryant was named an All-Star in 18 of his 20 seasons for the Lakers and helped lead the team to five championships. His hypercompetitive nature led to occasional public disagreements with coaches and other players, but his commitment to winning was never questioned.

The winner of the N.B.A.’s Most Valuable Player Award in 2007-8, and the Finals M.V.P. in both 2009 and 2010, Bryant showed a rare commitment to success on both ends of the court, with a resume that included two scoring titles — and an 81-point game in 2006 that is the second-highest single-game total in N.B.A. history — along with 12 appearances on the league’s All-Defense team. He also thrived on the international stage, where he won gold medals for U.S.A. Basketball in the 2008 and 2012 Olympics.

In 2016, after various injuries had taken their toll on the longtime superstar, he proved to have one more highlight in him, scoring 60 points in his final game while leading the last-place Lakers to a surprising win over the Utah Jazz.

Off the court, Bryant’s legacy was far more complicated. He was arrested in 2003 after a sexual assault complaint was filed against him in Colorado. A 19-year-old hotel employee claimed that Bryant, who was working to rehabilitate his knee following surgery, had raped her. The legal case against Bryant was eventually dropped, and a civil suit was settled privately out of court, but Bryant publicly apologized for the incident.

“Although I truly believe this encounter between us was consensual, I recognize now that she did not and does not view this incident the same way I did,” he said in his statement. “After months of reviewing discovery, listening to her attorney, and even her testimony in person, I now understand how she feels that she did not consent to this encounter.”

In retirement, Bryant became something of a champion for women’s sports and expanded his purview, winning an Academy Award in 2018 for his animated short film “Dear Basketball” while also creating the web series “Detail” for ESPN in which he analyzed current players. He was scheduled to headline the 2020 N.B.A. Hall of Fame nominees.

Adam Silver, the N.B.A. commissioner, quickly hailed Bryant as “one of the most extraordinary players in the history of our game.”

“For 20 seasons, Kobe showed us what is possible when remarkable talent blends with an absolute devotion to winning,” Silver said, adding that Bryant would “be remembered most for inspiring people around the world to pick up a basketball and compete to the very best of their ability.”

Indeed, Silver, who led the N.B.A. in the final years of Bryant’s career, was certain to note how Bryant had taught Gianna, his daughter who also died in the crash. Silver said the longtime star was “generous with the wisdom he acquired and saw it as his mission to share it with future generations of players, taking special delight in passing down his love of the game to Gianna.”

News of Kobe Bryant’s death reached the N.F.L.’s Pro Bowl game in Orlando, Fla., where public address announcers asked the crowd at Camping World Stadium to observe a moment of silence to commemorate the Lakers star, which the crowd interrupted with chants of “Ko-be, Ko-be.”

In an ESPN interview, New Orleans Saints quarterback Drew Brees spoke about Bryant during the second quarter of the game.

“I had so much respect for him as a competitor. I know he inspired so many people in so many different ways,” Brees said. “I mean, one of the great competitors of any generation, not just with sports, but I think just the way he approached a lot of things and what he was doing now after basketball. So I pray for him, I pray for his family. I know we don’t know all the details yet but it’s a tragic loss.”

Baltimore Ravens quarterback Lamar Jackson, also interviewed by ESPN, said that Bryant sent him a signed jersey when he was drafted. “That meant a lot,” Jackson said. “That’s one of the GOATs. Him, M.J. and LeBron, them the top three.”

The governor of California says Bryant “made history.”

California’s governor said the state was mourning “the tragic and untimely death of a California icon and basketball legend.”

“In his 20-year career with the Los Angeles Lakers, he made history with raw talent and unparalleled dedication that raised the bar and paved the way for a newer generation of players,” Gov. Gavin Newsom and his wife, Jennifer Siebel Newsom, said in a statement that also cited Bryant’s charity work.

“He was taken too soon and he will be missed,” they said.

Fans reacted swiftly to the news.

Some 200 people had huddled together in the foggy Calabasas at the foot of the hill closest to the crash. Several people were wearing Kobe gear and had basketballs.

Paolo Santos, 27, had looked forward to catching a glimpse of his childhood idol at the Lakers game on Tuesday. “I’ve been watching him since I was a kid,” Mr. Santos said. “My stomach just hurts.”

Philip Gordon, 45 of Winnetka, who was wearing a Kobe bathrobe over a Kobe jersey, Kobe shoes and socks, said he was watching the NFL Pro Bowl when he heard the news. “It’s so surreal,” he said.

“For 20 years I looked up to him. I became a fan of his as a person. It’s a huge loss for the city. He’s an icon beyond any Laker. We love Magic, we love Kareem, but Kobe transcends generations.”

Over in Echo Park Lake, joggers ran past residents of the cluster of tents on the lake’s northwest corner who were gathering around a table of donated food.

One man joined them and asked if the others had heard the news about Kobe Bryant. Immediately, expressions of disbelief rang out.

“No way!” someone said, punctuated with an expletive.

The man insisted it was true.

But slowly the reality set in.

Davon Brown, 29, wearing Lakers purple warm-up pants and a matching knitted beanie, said he moved to Southern California from New York years ago to play basketball. He saw Mr. Bryant as an example both on the court and off.

“He was way beyond” Michael Jordan, he said. “He was more omnipresent.” His game, Mr. Brown said, was more like dance.

Basketball, Mr. Brown said, has been a lifesaving force for him. And Mr. Bryant represented a powerful ethos.

“He had a killer instinct,” he said. “That self-love, that confidence transmutes into play.”

Bryant had been a subject of the conversation among N.B.A. fans this weekend.

On Saturday, the current Los Angeles Lakers star LeBron James surpassed Bryant on the league’s all-time scoring list in a game against the Philadelphia 76ers.

Bryant congratulated James in a tweet, with a hashtag, #33644, referring to the number of points James had scored to surpass Bryant’s career total of 33,643 points. Before Saturday, Bryant had stood second only to Kareem Abdul-Jabbar and Karl Malone on the list of career points scored.

After the game, James, who joined the Lakers in 2018, spoke at length about what Bryant meant to him, to the team and to the league.

James described his long history with Bryant — how he had admired Bryant’s ability to go from high school to the N.B.A., how the two had met in Philadelphia where Bryant had insisted upon the value of hard work. Later, Bryant gave a high-school age James a pair of his signature shoes, which James wore in a game even though they were the wrong size.

“I’m happy just to be in any conversation with Kobe Bean Bryant, one of the all-time greatest basketball players to ever play,” James said. “One of the all time greatest Lakers. The man has two jerseys hanging up in Staples Center. It’s just crazy.”