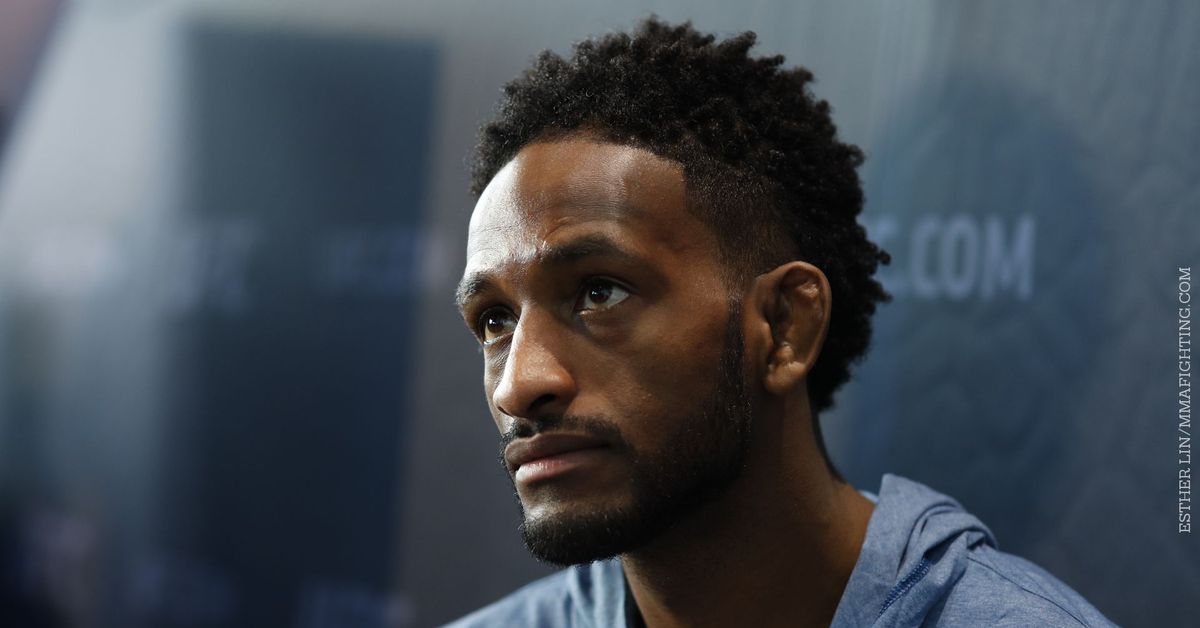 In a strange way, Neil Magny might be the man most responsible for the UFC 244 main event between Nate Diaz and Jorge Masvidal moving forward as scheduled.

Last week, Diaz threatened to pull out of the fight after he received notice from USADA (United States Anti-Doping Agency) that there were adverse findings in one of the drug tests he submitted prior to the event on Nov. 2 in New York. Diaz, who has been one of the loudest voices speaking out against performance enhancing drug use in the UFC, said that he wouldn’t compete so long as there was a potential doping violation hanging over his head.

Just 24 hours later, the UFC released a lengthy statement exonerating Diaz of any wrongdoing, which was backed up by USADA, while stating that he was a victim of a contaminated vitamin supplement that contained trace amounts of a banned substance. In the same statement, UFC officials referenced a similar case that affected Magny where he was eventually cleared to return after a much lengthier battle to prove he didn’t knowingly ingest the same banned substance—LGD-4033—that affected Diaz.

Magny had been up front with his ongoing battle to prove his innocence ever since he was pulled from a fight back in May due to the potential doping violation. Thanks to Magny’s adjudication process along with other fighters dealing with the same issue, the UFC and USADA are planning on implementing a policy change to deal with these threshold issues where athletes test positive for trace amounts of certain banned substances that would typically point towards a contaminated product.

“Honestly looking at the Nate Diaz situation, I can’t help but sit back and be happy for the guy,” Magny told MMA Fighting on Monday. “It’s unfortunate I had to go through it but the reason why Nate Diaz was cleared within a week is because I went through what I went through in the past six months. It’s been an issue with USADA for a while now.

“It’s something USADA had to look into and figure out. It’s unfortunate I had to be the one to kind of go public and deal with it but because I did that, because I went through this, we’re in a position now where the policy is being rewritten to account for something like this and people like Nate Diaz are able to get cleared within a week and not miss out on that opportunity, not miss out on that payday, not miss out on providing for their family. It is unfortunate but I’m actually grateful the situation I went through can actually benefit other people.”

While he could have stayed quiet about the entire ordeal because USADA enacted a different policy change previously that stopped them from releasing information about a potential doping violation until after the adjudication process had been completed, Magny felt it was important to let people know what he was going through.

Of course, Magny also felt like his hand was forced because there was no presumption of innocence with USADA like he would have experienced inside a courtroom anywhere in the United States.

“Whether you released a statement or not, you’re still guilty and it’s up to you how you’re going to go about handling that situation,” Magny explained. “For my positive finding this year, I was four days out from a fight. So I was getting ready to fly to Rochester, N.Y. to compete and it’s like ‘don’t take that flight tomorrow, this thing is not getting resolved as quickly as we thought it would’ and my fight was pulled.

“Getting pulled from a fight four days before puts you in a position where you have some questions to answer to the media, to the fans, to teammates and I didn’t want to be a position where I lied to everyone.”

Initially, Magny was assured the situation surrounding his positive drug test would be resolved rather quickly but as the weeks eventually turned into months, he knew he was going to be sidelined for quite some time.

“No public statement about the policy changed, guys like Neil Magny were affected by this, they were innocent but because of our policy was written we had to go through the motions and figure everything out’. That part is a little bit frustrating but at the end of the day, I got cleared and my case is helping people moving forward.”

USADA officials did confirm to MMA Fighting that Magny is not facing any sanction for an anti-doping policy violation.

Perhaps the hardest part for Magny was missing out on months of his career when he was in shape and ready to fight again. Not only did he miss out on a scheduled fight against Vicente Luque back in May but Magny had to endure part of the cost for the adjudication process to prove his innocence.

All fighters competing under the UFC’s anti-doping policy retain those same rights to prove their innocence after a potential violation but like Magny learned, the athletes are responsible for all the costs incurred.

Costs included hiring a lawyer as well as flying back and forth to California for additional testing. Typically athletes are also responsible for paying to have any supplements tested, which will cost between $500 to $700 per test but Magny was grateful that the UFC helped him with that part.

“The UFC was working with me as far as getting the supplements tested. They did help with that. That was something I was pretty grateful for. Donna [Marcolini] and Jeff [Novitzky] stepped up and said ‘if you’ve got something to send, we’ll contact the lab, we’ll pay, just get the supplements to the lab so we can figure this out’. I wasn’t completely out left to dry alone.”

As frustrating as the entire ordeal was for Magny, he’s still a staunch advocate for the work that USADA does cleaning up the sport by ensuring cheaters are punished for cheating.

“If I’m being honest, there’s part of me that’s bitter about the situation, but overall, when I take a step back and look at it as a whole, this is a positive thing,” Magny said. “It’s unfortunate because USADA was just doing their job. It’s unfortunate I went through what I went through, but because of people who try to cheat the system over and over and over, that’s why we’re at where we’re at now.

“It’s not ideal what we’ve been going through with USADA, but at the end of the day, athlete safety and making sure we have a level playing field should be the most important thing that USADA looks into. I’m just grateful they’re actually looking into their policies and not just hitting people with the hammer and saying you cheated, you’re out for two years.”

As far as what comes next for Magny, he’s currently trying to book a fight. But with the cards between now and the end of 2019 already filled, he’s probably looking at an early 2020 return to action. With his first child on the way in January, Magny might be forced to wait even longer to fight again.

In the interim, Magny would be more than happy to reap the benefits of the UFC 244 main event moving forward thanks to his case helping to clear the way for Diaz to fight this weekend.

“If you can reach Nate Diaz and [Jorge] Masvidal, I think they owe me a cut from helping to make this main event happen,” Magny said with a laugh. “If you want to kick something back, I won’t turn it away.”