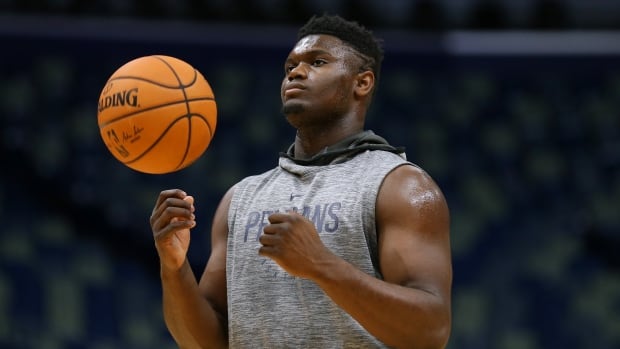 New Orleans Pelicans rookie forward Zion Williamson will be sidelined up to two months after undergoing arthroscopic surgery on his right knee on Monday.

The Pelicans said Williamson was diagnosed with a torn lateral meniscus and the timetable for his return is 6-8 weeks.

Williamson, the first overall pick in the 2019 NBA Draft, underwent tests on the knee on Friday when soreness persisted.

Williamson shot 71.4 percent while averaging 23.3 points and 6.5 rebounds in the pre-season.

Williamson is the new face of the Pelicans after disgruntled All-Star Anthony Davis was traded to the Los Angeles Lakers in the off-season.

Based on the schedule laid out by the team, Williamson will likely make his NBA debut in mid-December or close to the start of 2020.

New Orleans opens the season Tuesday with a road game at the defending champion Toronto Raptors. Williamson’s teammates already knew they would be without their new big man prior to Monday’s surgery.

“We have a deep team,” guard JJ Redick said. “We’ll hold it down as best as we can without him. Obviously we need him back. Hopefully he takes his time and recovers fully.”

Said point guard Lonzo Ball: “We just have to hold the fort down until he gets back. … He’s still on the team; it’s not like he’s missing the whole season. He’s going to be out a couple games, but he’ll be back strong.”