South Carolina Gets Its First Win Ever Against UConn 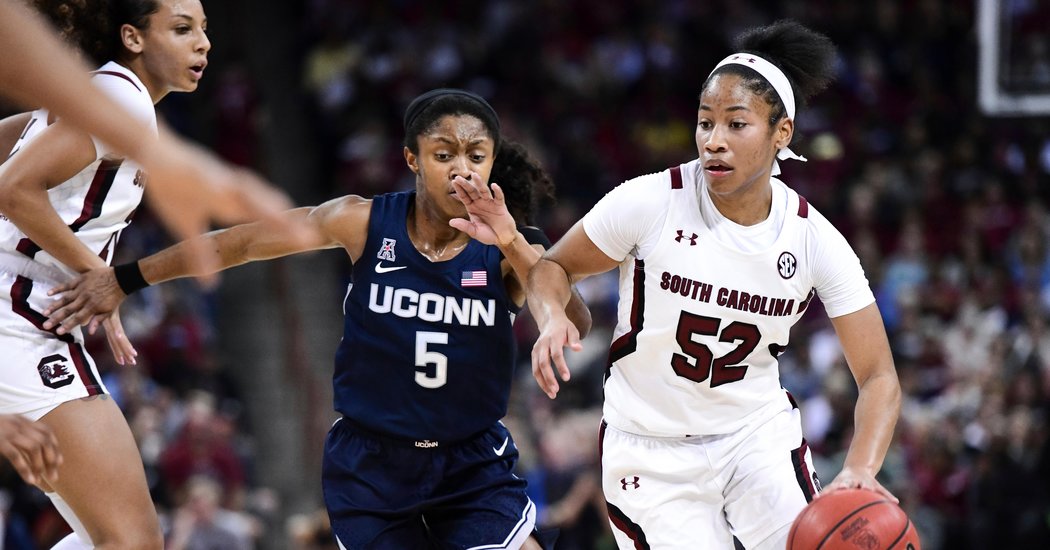 The win was South Carolina’s 17th consecutive and its ninth victory in 10 games against ranked opponents. The Gamecocks (23-1) went into the game 0-8 all-time against UConn (20-3).

But South Carolina took control immediately with its suffocating defense, limiting the Huskies to 1-of-16 shooting to lead by 11-2 at the end of the first period.

Since women’s basketball changed to quarters in 2015-16, UConn’s lowest scoring total in a first quarter was 8 against Tulane in February 2016. The Huskies’ fewest in any quarter was 6 in a loss to Baylor last month.

Boston, a 6-foot-5 freshman, finished with 13 points and 12 rebounds, her 10th double-double this season. She also had three of South Carolina’s eight steals and made her first 3-pointer this season.

Crystal Dangerfield led the Huskies with a career-high 28 points.

It was the second straight week the Huskies lost a showcase game. They fell, 74-56, at home to No. 3 Oregon the previous Monday.

The Huskies’ long run in the top five in the rankings, which dates to 2007, could be in jeopardy after this defeat. UConn slipped a spot in the rankings this week and should slide some more when the next vote is taken.