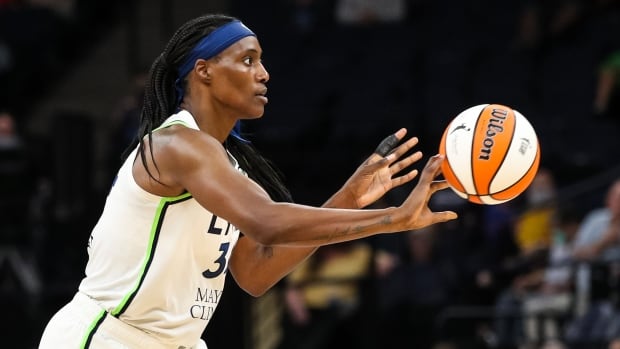 Minnesota closed on a 17-4 run, highlighted by a long 3-pointer by Aerial Powers with 3:11 left for a five-point lead.

Los Angeles was held to four points in the fourth quarter, going 1 for 13 from the field. Nneka Ogwumike and Erica Wheeler combined to score all of Los Angeles’ 16 second-half points.

Ogwumike had 16 points, 10 rebounds and four steals for Los Angeles (10-18). Wheeler also scored 16 points and she had seven assists. Chiney Ogwumike and Kristi Toliver did not play.

Ogunbowale took an inbounds pass with 29.2 seconds left and dribbled down the clock before splitting two defenders at the top of the key. Her jumper was short, but Moriah Jefferson grabbed the offensive rebound and passed it out to Ogunbowale, who was fouled with less than a second to play. Ogunbowale made both free throws to seal it.

The Storm, who trailed by as many as 10 points, got 14 points from Mercedes Russell.

New York (11-18) extended its season-worst losing skid to six games despite 20 points and seven assists from Sabrina Ionescu. However, she had just eight points after the first quarter.

The Liberty, who have lost nine of their past 10 games, also got 17 points from Rebecca Allen and 15 points from Natasha Howard.

A’ja Wilson had 21 points and 10 rebounds as the host Las Vegas Aces won for the sixth time in seven games by holding off the Chicago Sky 90-83 on Thursday night.

Kelsey Plum and Riquna Williams added 21 points each and Chelsea Gray scored 13 for the Aces (20-7).

Candace Parker had 30 points and 14 rebounds, Kahleah Copper scored 16, Stefanie Dolson had 13 and Courtney Vandersloot 11 to lead the Sky (14-14), who concluded their road trip with consecutive losses after winning three straight before that.

The score was tied before Williams and Wilson made two free throws each and Williams added a jumper to give the Aces an 85-79 lead with 1:44 left.