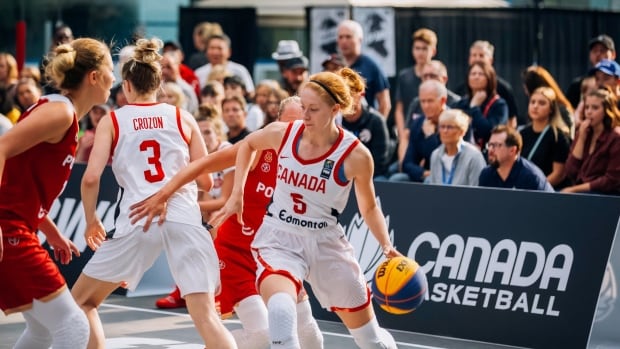 Click on the video player above to watch FIBA 3×3 Basketball from Montreal, featuring action from the Women’s Series and men’s World Tour Masters.

Live coverage begins on Friday at 2:25 p.m ET as the Women’s Series kicks off its final tournament of the regular season

Return on Saturday for the opening of the men’s World Tour Masters tournament at 11 a.m. ET, followed by the women’s quarter-finals and semifinals at 3:10 p.m. ET.

The event concludes on Sunday with the men’s quarter-finals, semifinals and final — beginning at 12:10 p.m. ET.

The women’s tournament features eight teams split into two pools, with Canada competing as the seventh seed in Pool B with Mongolia (2), Poland (3) and Spain (6).

Canada has three teams competing on the men’s side, with Edmonton, Winnipeg and Old Montreal.