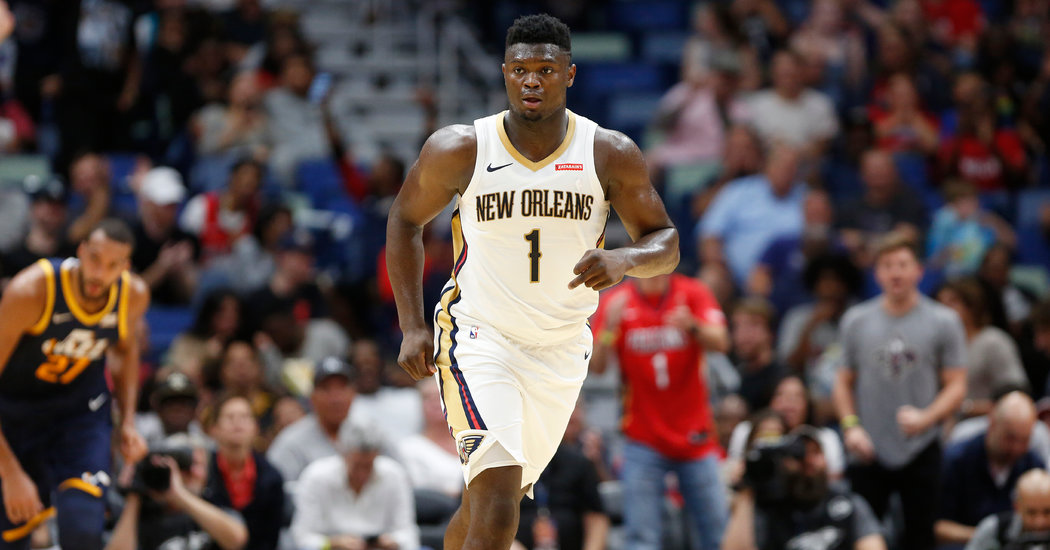 Zion Williamson, arguably the most highly anticipated N.B.A. rookie since LeBron James, won’t play in his first regular season game until at least December as he recovers from an injury to his right knee.

Williamson had arthroscopic surgery Monday to fix a torn lateral meniscus, the New Orleans Pelicans said Monday. He is expected to miss six to eight weeks.

Initially, Williamson’s injury, believed to have been suffered in a preseason game against the San Antonio Spurs on Oct. 13, was described as “soreness.” Now, the league is missing one of its main draws as it attempts to move past an ugly rift with the Chinese government with a splashy start to the regular season.

The N.B.A. had scheduled the Pelicans against the Toronto Raptors as its opener on Tuesday night as part of a prime-time doubleheader. The Raptors won a title last season, but lost their best player, Kawhi Leonard, to the Los Angeles Clippers in free agency.

At a minimum, Williamson is expected to miss one-fourth of the season, about 20 games. That hurts the slim playoff hopes for the Pelicans, especially given the competitiveness of the Western Conference. A return in six weeks would fall around Dec. 3, when New Orleans hosts the Dallas Mavericks.

Williamson managed to meet the hype he had garnered after playing one year at Duke University in just a handful of preseason N.B.A. games. In four contests, Williamson averaged 23.3 points and 6.5 rebounds on 71 percent shooting.

But there were injury concerns right away. At the N.B.A.’s annual summer league in Las Vegas, Williamson only played nine minutes in his debut, before missing the rest of the session. The culprit — banging a knee with another player.