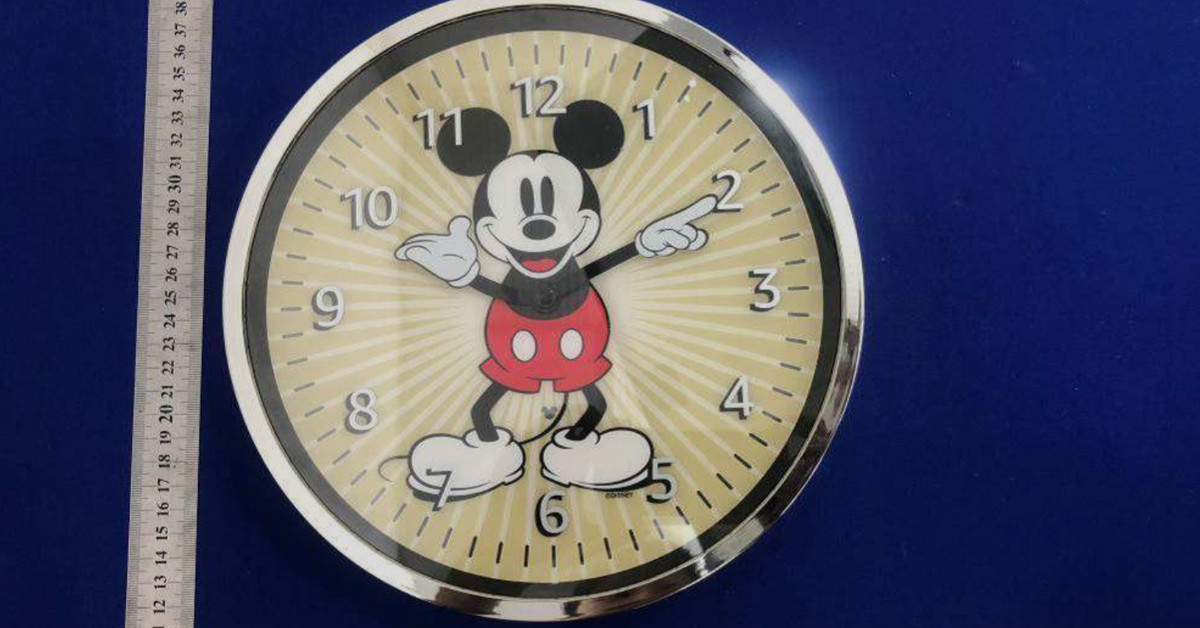 Last year, Amazon launched the Echo Wall Clock, a physical clock that can also display timers from your Echo device via a ring of LEDs around the clock’s face. Now, a new model of the device, the Echo Wall Clock ME, has shown up in Federal Communications Commission filings, and it appears that the new model will be Mickey Mouse-themed.

Beyond the addition of Mickey’s smiling face, twisted time-telling arms, and a cartoony background, it seems like the Echo Wall Clock ME (Mickey Edition?) shares a lot of characteristics with the original Echo Wall Clock. The ME appears to have the same font for the clock’s numbers and similar LEDs all around the clock face.

Based on these filings, though, it’s unclear if there are any other differences between the Echo Wall Clock ME and the original Echo Wall Clock. Hopefully, it won’t have the connectivity issues that caused Amazon to briefly stop selling the original.

It’s not outside the realm of possibility that Amazon might make a Mickey-themed clock — Mickey is already well-known for his side gig as a digital timekeeper in the Apple Watch — and perhaps the existence of this clock means that Alexa will be getting a Mickey Mouse celebrity voice soon, similar to the one it released of Samuel L. Jackson.