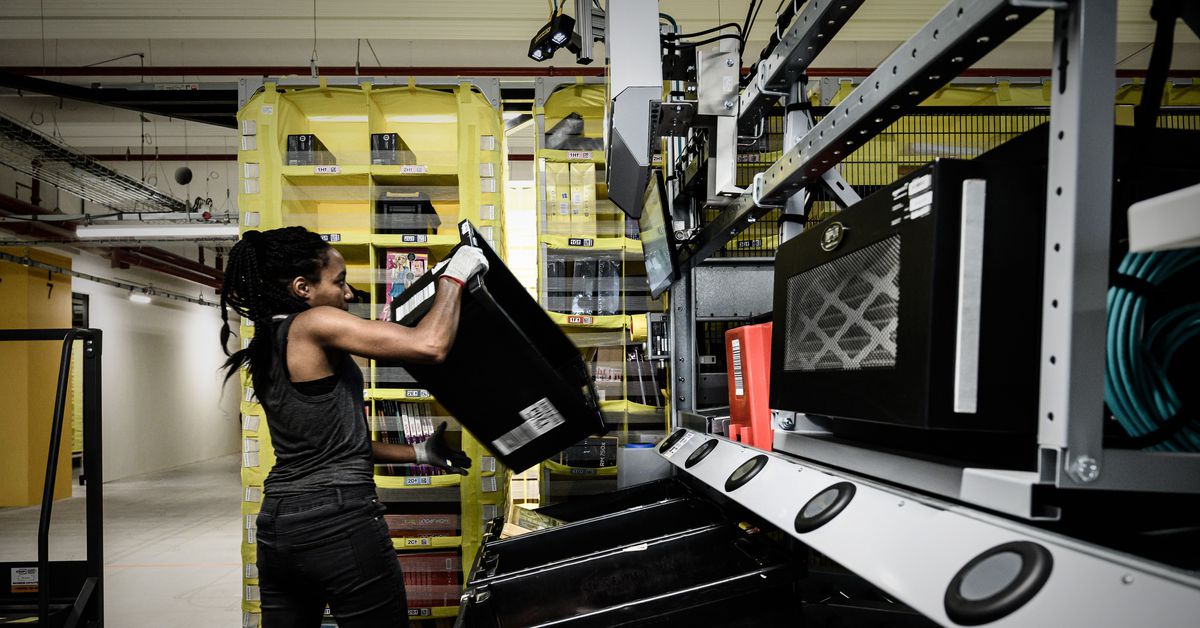 One of Amazon’s largest urban fulfillment centers opened last fall in the New York City borough of Staten Island, but the more than 3,000 workers it employs may be more at risk for injury than at other manufacturing facilities. According to a report from Gizmodo this morning, the NYC warehouse, called JFK8 and opened in September 2018, has a alarming high injury rate. And we don’t know why, or whether the injury rate is abnormal compared with other Amazon facilities.

Gizmodo cites documents from the Occupational Safety and Health Administration (OSHA) for the warehouse’s score of 15.2, which is officially known as the OSHA Incident Rate and is calculated based on the number of injuries and illnesses occurring over the number of hours worked by all employees. JFK8’s score comes in noticeably higher than the 2018 national average for sawmills and steel foundries.

The injuries themselves appear to be largely minor, with a majority counting as sprains or bruises. But Gizmodo points out that an injury must meet a relatively high threshold of seriousness to be officially reported to OSHA. That means the injury must result in either death, loss of workdays, loss of consciousness, a broken bone, or any injury that requires you seek third-party medical assistance. Workers are suffering serious cuts, sprains, and other injuries at a high rate, but continuing to work so as to log more hours and not miss out on pay while the injury is never written up in a formal OSHA report.

Gizmodo cites numerous employee accounts of severe injuries that only present themselves as severe over a long period of time, after repeated minor injuries throughout standard workdays at the JFK8 warehouse. This includes serious long-term injuries related to wrist and back pain that workers must treat outside work. Combined with long work hours, few available bathroom and lunch breaks, and constant demand to meet Amazon efficiency quotas, the working conditions at the Staten Island warehouse appear to be grueling. Again, it is not clear if this is the same at other warehouses, or something intrinsic to how JFK8 is ran and operated.

The workers at JFK8 are planning a protest of the facility’s working conditions later today, Gizmodo reports. Amazon did not immediately respond to a request for comment.