Annabelle the murder doll isn’t on the loose, but she IS haunting her haters on Twitter 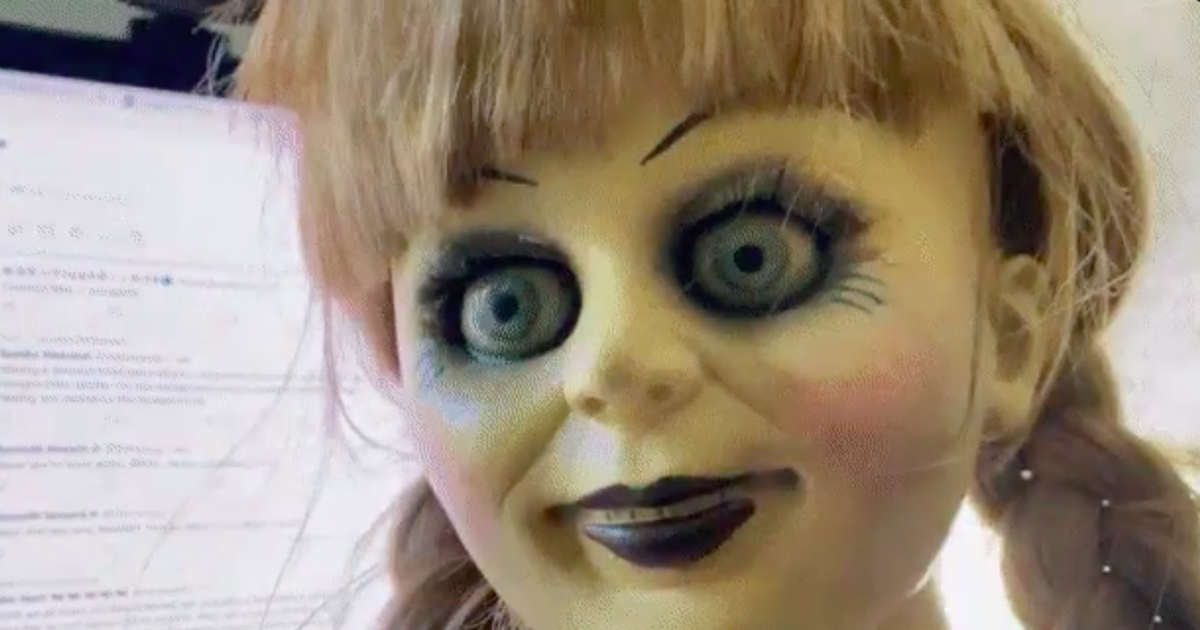 Not only has Annabelle — the creepy vintage doll that horror fans likely know from films like Annabelle, Annabelle: Creation, Annabelle Comes Home, and The Conjuring series — logged on, but she’s already in a Twitter feud with Doctor Strange director Scott Derrickson.

This all sounds very surreal, so let’s unpack the creepy saga, shall we? OK.

On Saturday, Derrickson tweeted a dangerously hot take declaring that Crooked Man (also from The Conjuring) was a better villain than Annabelle. It’s worth noting that Derrickson has directed a few horror films himself (including Hellraiser: Inferno, The Exorcism of Emily Rose, and Sinister,) so he’s a pretty trusted source on all things terrifying.

A few minutes after Derrickson tweeted, he received a reply from the twitter account of Annabelle: Creation director David F. Sandberg. The reply was simply a horrifying GIF of Annabelle staring at Derrickson’s insulting tweet on Sandberg’s Twitter feed, then doing a look to camera like she’s the creepy murder doll of Jim Halpert.

Derrickson replied to the tweet the only way one really can. He wrote “Oh my gawd,” and logged the hell off. As of Sunday afternoon, the director has yet to tweet again. He is likely fine, but he might also have been killed by Annabelle the doll. It’s 2020, people. Anything can happen.

The Annabelle tweet has especially creepy timing, because it’s not the first time the doll has been in headlines in recent days. Derrickson’s original tweet was likely inspired by online fear over rumors that the official Annabelle doll went missing from the Warren’s Occult Museum in Monroe, Connecticut. (The town from which I’m currently writing this article! Perfect!!!!)

The doll, which was obtained in the 1970s by Ed and Lorraine Warren, isn’t missing, though. The Warrens’ son-in-law, Tony Spera, closed the museum back in 2017 due to zoning regulations, and he is currently in possession of all museum materials, including Annabelle.

Turns out, the “Annabelle escaped” rumors started after an unfortunate mistranslation of an interview between actor Annabelle Wallis (who played Mia in the first Annabelle film) and The Hollywood Reporter.

And much to my personal reassurance, Spera even put the rumors to rest himself. In a YouTube video titled, “IMPORTANT NEWS ABOUT ANNABELLE ‘ESCAPING,'” he explained that the original Annabelle is safely in his custody and assured everyone that he has “high-tech security.”

“I appreciate the concern. I’d be concerned if Annabelle really did leave, because she’s nothing to play with,” he concluded.

So there you have it, folks. You can all rest knowing that the original Annabelle is safely in the hands of Spera. Unfortunately, I am now very aware of the fact that I live in the same freaking town as this doll, so I will never sleep again.

The Frame is one of Samsung’s best TVs ever. Of course it’s on sale for Black Friday.

George Miller Isn't Sure Whether Furiosa Would Stay a Hero or Turn Tyrant After Mad Max: Fury Road

Cut the Cord on Cleaning: Dyson’s V7 Origin Is $200 off at Newegg

Shop sustainably (on a budget) at Patagonia’s huge summer sale