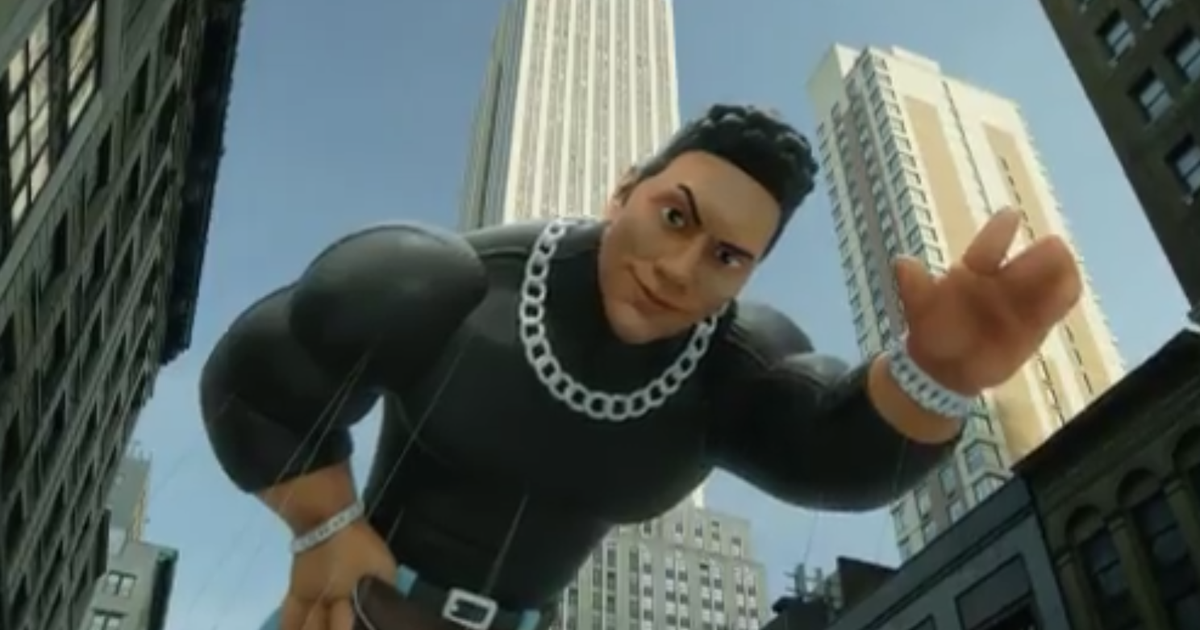 Macy’s Thanksgiving Day Parade was pretty subdued this year due to coronavirus precautions.

But one balloon stood out during the scaled-down event that made a small crowd of paradegoers wish they had just stayed home.

Towering above the shortened parade route, which was designed mostly for a TV audience, floated Dwayne “The Rock” Johnson. The balloon captured him in his iconic 1990s look, with an arched eyebrow, black turtleneck, silver chain, and fanny pack. You know the one, it’s been memed a thousand times. The balloon’s fanny pack itself was filled with more than 50,000 cubic feet of helium.

Johnson tweeted video of the huge balloon, which was made to promote Young Rock, a new NBC comedy about his youth that’s premiering in February.

“My plucked raised eyebrow is the stuff dreams (and nightmares) are made of,” Johnson wrote.

Everything you need to know about menstrual cups

Raspberry Pi Introduces a New $4 Board, and Its Own Silicon

You Deserve a Kindle, so Grab The Paperwhite Edition for $100

Launch a successful podcast with the help of this online bundle

The Shambling Corpse of RadioShack Is Rising From the Grave