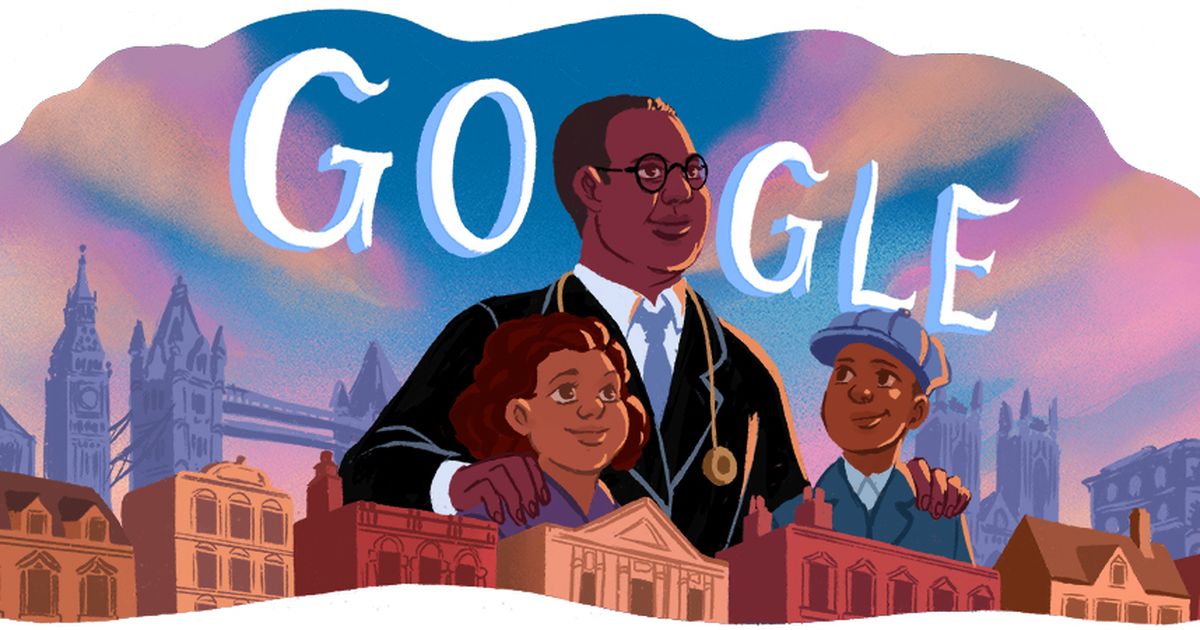 Born in Jamaica in 1882, Moody arrived in the UK on this day in 1904 and studied medicine at King’s College London. After being refused a medical appointment because of racism, Moody established his own GP practice in King’s Road, Peckham in 1913.

Moody was on the receiving end of widespread racism in Edwardian Britain. “Even though he qualified to practice medicine, finished top of his class, and won numerous academic prizes, he was repeatedly refused work due to the color bar system that denied people opportunities based on race,” explained a Goodle Doodle blog post on Moody.

The ‘colour bar’ was a set of racist policies that prevented Black and Brown people from accessing jobs, housing, transportation, shops, pubs, and many other services.

At Moody’s surgery, children living in poverty would receive free medical attention — many years before the UK’s National Health Service was established in 1948. The two children depicted in the Google Doodle — illustrated by Dublin artist Charlot Kristensen — are a reference to Moody’s treatment of disadvantaged children.

Beyond his medical work, Moody founded the British civil rights organisation, the League of Coloured Peoples, in 1931 with the aim of fighting racial inequality in the UK and around the world. The LCP’s primary focus was fighting the colour bar. During World War II, the LCP fought against discrimination in the evacuation of children, as many families refused to give accommodation to Black children.

“Thank you, Dr. Moody, for paving the way towards a more equal future,” concludes the Google Doodle blog post.

Covid-19 May Cause ‘Significant’ Declines in Cognitive Function, According to Survey of Patients

These wildlife photography finalists will take your breath away

Learn how to pilot your own giant robot suit — Strictly Robots

The Strongman Con: How to stop worrying about Trump stealing the election