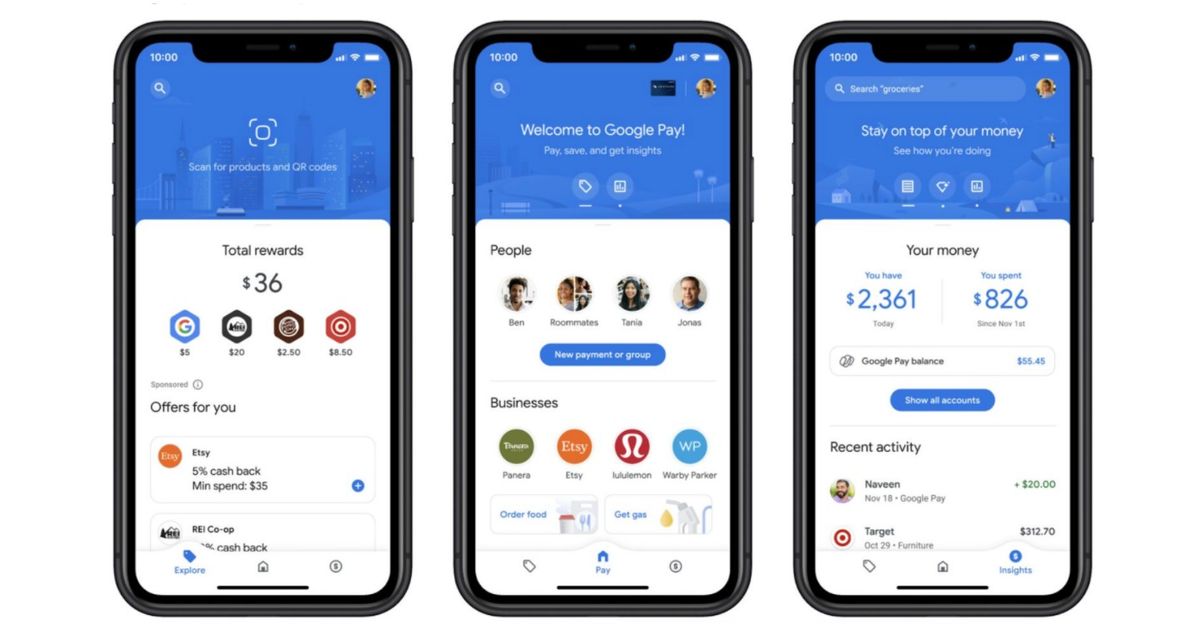 After a period of relative quiet, Google Pay has just had a huge update with dozens of new features.

Launched in February 2018, Google Pay is essentially Google’s answer to Apple Pay — a single app that lets you digitally store credit and debit cards, as well as gift cards, and make purchases in stores or online.

Apple upped the ante with the release of its Apple Card in August 2019, and while Google hasn’t issued its own card (yet), the company has added numerous perks and features to make Google Pay a viable alternative to modern fintech services such as Revolut and N26.

One of the most important new features is cashback rewards. Now, if you use Google Pay to buy stuff or even pay for bills you can earn rewards — though details on these rewards are currently slim. Users can also explore a variety of offers from brands including Etsy, REI, Target, Warby Parker and Sweetgreen.

Another cool feature is group payments, allowing you to split bills or request money from groups of friends with one tap.

Other new features include the option to send money privately and better management of various merchants. You can pay for gas at more than 30,000 stations, for parking in over 400 cities, and order food from more than 100,000 local restaurants.

Finally, the redesigned Google Pay app makes it easier to manage your money, track your spending, and search for receipts or specific expenditures.

Some of the most important new features are coming later this year. One is Plex by Google Play, which is a mobile-first checking and savings account with no monthly fees and no minimum balance requirements. The accounts will be handled by Citi or Stanford Federal Credit Union, and Google says other banks are coming as well. You can join the waitlist now, and Google will notify you when the new service becomes available.

Google points out that data from Google Pay will not be shared with other Google products for the purpose of targeted ads. Nor will it be sold to third parties for ad targeting. The company won’t share Google Pay data with other Google services unless necessary to complete the transaction (such as paying for Google One through Google Pay).

Finally, the company has added new privacy controls, with timestamps that tell you when you turned which setting on and reminders to revoke consent for this or that app should you want to. All of the consent is turned off by default, Google says.

16 of the Most Inspiring Cityscapes in Science Fiction

How Face Shields and Valve Masks Fail to Stop Infectious Droplets, as Shown by Lasers

What Did People Use Before Google to Search the Web?