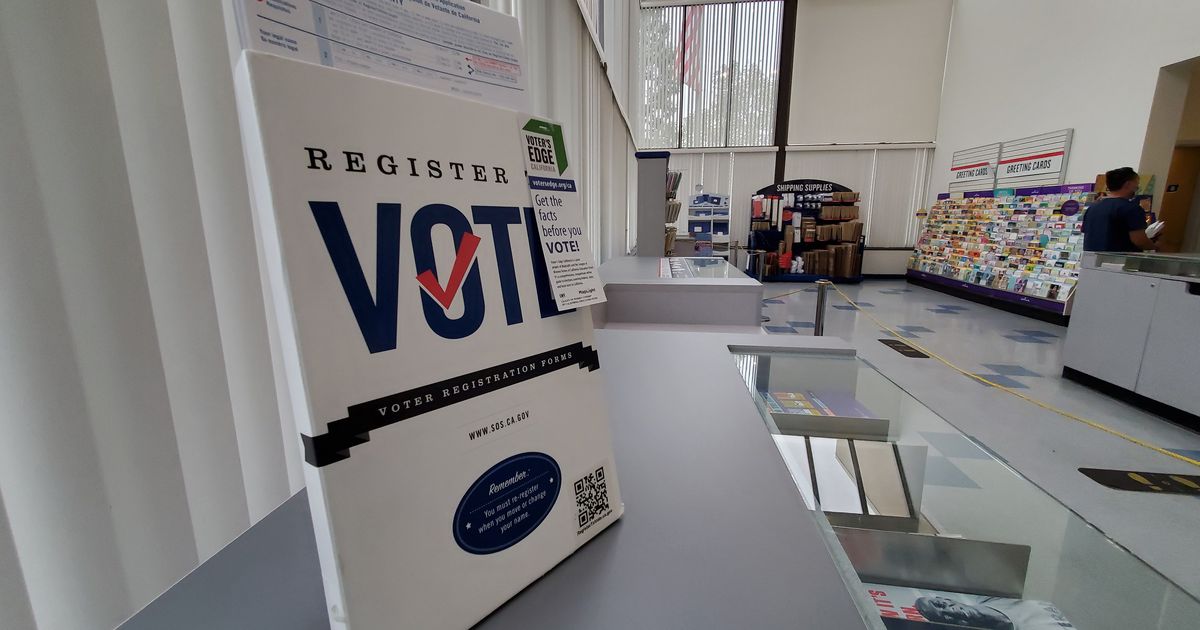 Traditional get out the vote campaigns might be missing an unexpected voting group ahead of this year’s election, but a new social media strategy could fill the gap, both for the 2020 election and beyond.

The Alliance for Safety and Justice — a multi-state organization that formed in 2016 working to create “public safety solutions rooted in crime prevention, community health, rehabilitation, and support for crime victims” — is utilizing the personalized nature of social media to empower people with prior criminal records to vote. The strategy is part of the Alliance’s #TimeDone initiative, which started in 2018 as a California-based campaign to restore a broad array of rights to formerly incarcerated people. Now, it advocates for this population nationwide.

The group is engaging in what Jay Jordan, co-founder of #TimeDone, describes as a kind of “digital gymnastics.” Using broader consumer data, parole information, and basic community-led word of mouth, the Alliance has formed a “long term strategy” to build potential voter lists of disenfranchised voters — these lists are the base for nonpartisan, highly targeted social media ads on sites like Facebook and Twitter, encouraging people to register, vote early, and get involved in both national and local politics.

“We have gotten really good at finding people with convictions through untraditional means,” Jordan explained. The ads, which appear directly within users’ social media feeds, link to voter registration information by state and other resources in the fight against felony disenfranchisement. In states where registration deadlines have passed, the ads have transitioned into resources for early voting, vote-by-mail options, and election-day registration information (if available).

Robert Rooks, chief executive of Alliance for Safety and Justice, said this strategy will continue after November’s election. “We’re in this work long past the election, because we’re committed to empowering the over 70 million Americans living with past convictions or records,” Rooks explained. “These are our family members, friends, and neighbors who’ve been marginalized in many ways, long after they’ve exited the criminal justice system.”

“We’re in this work long past the election, because we’re committed to empowering the over 70 million Americans living with past convictions or records.”

While the ads vary by state and targeted demographic, many of them follow a “Did You Know” format popular across social media platforms. The main goal is to get people to click. Once they’ve engaged with the ad, the Alliance can curate more specific information for the potential voter, create voter profiles, and add them to new, more robust “voter databases” that differ from official voter files.

“If somebody clicks, we instantly are sending them emails, text messages… we have a phone banking system where we’re calling people as well. So everyone gets a text message,” Jordan said. Both the ads and phone blasts are currently designed to get people to vote this year, but as the Alliance’s alternative database expands, it can be used ahead of future elections to encourage continued voter participation.

According to a 2020 report by The Sentencing Project — a non-profit research group that promotes criminal justice and sentencing reform — more than 5 million potential voters are disenfranchised by previous felony convictions. Most states offer ways for this population to restore their voting rights, but state-specific laws vary and often make the voting process appear confusing.

“The laws are so varied between the different states… even election office workers struggle to keep up with the changes,” explained Victoria Shineman, an assistant professor of political science at the University of Pittsburgh who studies political participation, and has written about the positive effect of voter participation among people with felony convictions. She wasn’t involved in the Alliance’s initiative. This lack of clarity, and a widespread belief that any former conviction disqualifies voters, have led many to assume they can’t participate, she said.

Two states, Maine and Vermont, let residents retain their right to vote even while incarcerated. The rest of the 48 states have varying requirements for people with felony convictions. Some immediately restore the right after leaving prison, while others require waiting periods, payment of outstanding fees or restitution, or direct government pardons for certain crimes. The National Conference of State Legislatures describes more state-specific policies here. Florida, for example, which has more than 900,000 disenfranchised voters due to former convictions, lifted its permanent ban on voting for most felony convictions in 2018. But the state continues to limit voting rights, through policies like this month’s decision to remove people with convictions from voting rolls if they haven’t paid outstanding court fees. According to the Sentencing Project, these kind of barriers disproportionately affect Black communities.

The Alliance’s work focuses on eight states — Florida, Illinois, Ohio, Michigan, Texas, Arizona, Pennsylvania, and California — that either have high incarceration rates or are introducing critical legislation, like California’s proposition to restore voting rights to people on parole, Jordan explained. The Alliance believes that rallying these potential voters can help reconnect this population to civic processes, empower their political voices, and may even have the potential to swing November’s election.

“Most people go to prison or jail between the ages of 16 and 24,” explained Jordan. “They never get the right to vote, or they lose the right to vote before they even can vote… We are giving them the tools… creating pathways to make it easier to register, and then turning them out to vote.”

In relying on its own database, looking beyond voter files, and utilizing social media ads to reach this scattered population, the Alliance is bypassing traditional get out the vote strategies of educating voters, like in-person door-knocking, phone calls, or mail.

That’s intentional. Because many people with criminal records or felony convictions lack access to stable employment and housing, said Jordan, voting campaigns frequently may miss the hard to organize population.

Shineman agrees that many get out the vote campaigns’ reliance on voter files lead to a gap in registration and participation. These campaigns have historically focused energy on the short-term goal of getting as many voters to the polls as possible. That means honing in on people who are already registered to vote and might just need a “nudge” to cast their ballot.

“A lot of campaigns use the voter file because these are people who are already registered,” she explained. “So all you have to do is get them to vote. You just need to do that last step… Their goal is ‘Let’s get as many people right now as we can.'” Instead, the Alliance’s strategy has focused on organizing the large group of people who need more than just a little push.

According to both Jordan and Shineman, building this population’s confidence, and the individual voter’s sense of efficacy, have repercussions beyond the current political moment.

Shineman says strategies like these can ensure representative elections in the future. “If I can mobilize you once, I can actually increase the likelihood that you’re going to vote, not just in this election, but for the rest of your life,” she said.

Beyond the democratizing potential of getting out this vote, she said, there’s also the hope that initiatives like these have a broader social impact. “There’s also a lot of evidence that getting these populations involved in civic participation helps them connect to society,” Shineman said. “This message that you’re not a criminal, you’re a citizen… If you can find somebody in this population and help them learn that they have the right to vote… you don’t just increase turnout. You also change their attitudes.”

“If I can mobilize you once, I can actually increase the likelihood that you’re going to vote, not just in this election, but for the rest of your life.”

Jordan said the initiative has already led to tens of thousands of newly registered voters this election cycle. He attributes their success so far to the campaign’s established, two-year relationship with the population it serves, and its ability to leverage these community connections into a sense of trust that helps get out the vote. Through celebrity endorsements and community organizing, the Alliance and its #TimeDone leaders have established themselves as relatable members of the community, as well as a nonpartisan resource.

“We’ve been here. We’ve been building relationships,” said Jordan. This trust is what is needed to engage a population that traditionally feels “deep insecurity” when it comes to participating in civic processes like voting, according to Jordan.

“There’s this dominant belief out there that people with a criminal record can’t vote… We’re raising awareness, reaching millions of people across the country who have convictions, to give them information about voting — saying, ‘Actually, you can vote. You can register.'”

Why David Duke Is Allowed on Twitter, Polynesia and iOS 14: Best Gizmodo Stories of the Week

This bean-grinding, programmable coffee maker is on sale