LiDAR explained: What this laser tech can do for your new iPhone 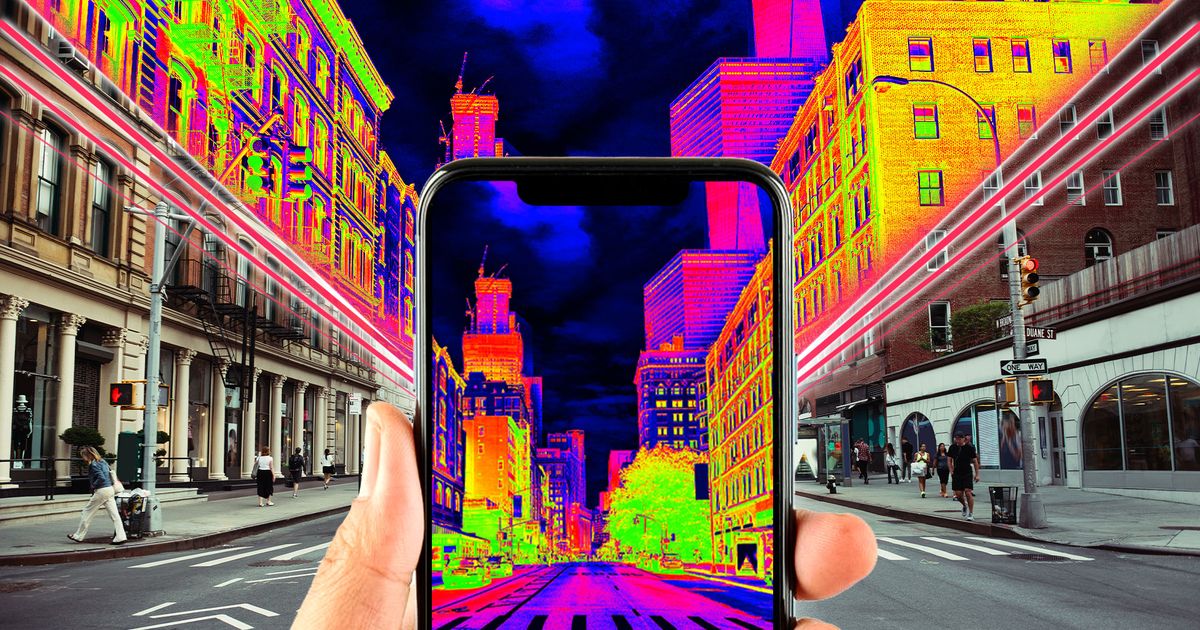 Another September means another new iPhone launch. Naturally, Apple’s probably got all kinds of weird new features cooked up for its flagship device. Rumor has it that LiDAR integration is just one of the things we can expect from the theoretical iPhone 12 when it comes out later this year.

“Hold on,” you must be thinking. “What the heck is LiDAR?” It’s not a brand new term in the tech world, but it’s something iPhone fans might not be totally familiar with. A quick Google search could have you thinking the next iPhone will fire laser beams at your cat when you try to take a photo of it sitting in a cardboard box.

Here’s the thing: That’s technically, actually, kind of true. But before you start thinking the new iPhone is going to be some kind of Star Trek-esque contraption, let us clear things up for you. Here’s what you can expect from LiDAR on the iPhone 12.

What does LiDAR mean?

LiDAR stands for Light Detection And Ranging. You may have noticed that the name is similar to “radar,” or Radio Detection And Ranging, which isn’t a coincidence. The two technologies exist to suss out what’s going on in the environment around them, but their methods are totally different.

Radar transmits radio waves from a receiver. The radio waves then bounce off objects in the receiver’s vicinity to detect how and where said objects are moving. You know, angle and velocity, things of that nature. Think of a weather radar, which measures how quickly and in what direction a storm cloud is moving.

LiDAR, on the other hand, shoots out invisible beams of light from across the light spectrum. That means a LiDAR sensor can use infrared and ultraviolet light to map out the environment around it. It can get a sense of both the physical dimensions and motion (if any) of objects in its vicinity.

In other words, LiDAR is a way to figure out what’s going on around you using laser beams. Sounds pretty awesome, right? It is cool, but its inclusion in the new iPhone is merely the latest implementation of an extremely versatile and useful piece of technology.

What do lasers have to do with a smartphone?

LiDAR is not something one would inherently associate with handheld smart devices. The technology is commonly used in aircraft and self-driving vehicles, which gives you an idea of how differently LiDAR can be utilized, depending on what you need out of it.

For instance, LiDAR can be mounted on aircraft and used to map the topographical features of the Earth’s surface, as demonstrated by the National Ocean Service. An airborne LiDAR sensor can give you wide-ranging views of how land looks both above ground and below the sea. Infrared lasers measure dry land while green light waves can go below the ocean’s waves to map out whatever’s going on down there.

LiDAR is also hugely useful for self-driving vehicles, which need accurate, up-to-date data about what’s happening around them to operate without human drivers. With LiDAR, a self-driving car can detect what’s going on around it so (in a perfect world) it doesn’t make fatal mistakes. It wouldn’t be ideal if those futuristic robot cars tried to navigate busy city streets based just on GPS data, after all. There are just too many possible things that can interfere with their routes.

Seriously, check out what the data that a self-driving car picks up looks like. It’s a lot to take in, but LiDAR plays a huge role in making it happen by providing useful data about objects in the vehicle’s immediate area. In fact, at one point Apple was said to be developing its own LiDAR sensors for self-driving vehicles.

How will the iPhone 12 implement LiDAR?

Before you ask: No, the new iPhone is probably not going to map out the mysteries of the ocean or make your car drive itself. I mean, you never know with Apple, but it’s smart to be realistic with your expectations. Luckily, we’ve got some leaks to work with, as well as precedent from Apple itself. And both of those things give us a decent idea of what the iPhone 12’s LiDAR scanner might actually do.

Leaker Jon Prosser posted a video back in August purportedly showing some features from a pre-release build of the rumored iPhone 12 Pro Max. In the phone’s camera settings menu, we can see a toggle for LiDAR, which is described as helping with “auto-focus and subject detection for Video and Night mode.” Put simply, the new iPhone’s cameras might use LiDAR to better distinguish foreground and background objects while auto-focusing. That’s obviously good news for the iPhone’s already excellent portrait mode, but, as the leaked camera menu indicates, it could help for night photography and videos, as well.

Maybe that sounds significantly less exciting than what you expected based on everything LiDAR can do outside the realm of smartphones, but that’s not all. Remember that precedent from Apple we mentioned earlier? The most recent iPad Pro from earlier this year came with a LiDAR sensor, too. A recent Fast Company report indicated the sensor in the new iPhones would be similar to, if not the same as, the one in the iPad Pro.

Halide has a handy and very detailed analysis of that iPad’s LiDAR sensor that you can check out. The most exciting applications for LiDAR might not be for photography, but for augmented reality. By bouncing light waves off surfaces, the new iPhone might be able to accurately sense where objects are in relation to each other in a room, which could be useful for all sorts of things.

Want to update your living room? Maybe the LiDAR sensor could help with that by scanning the room and placing 3D models of new furniture where there is none, to give you an idea of how that couch or entertainment center might fit the space. This is already possible on current iPhones via things like the Amazon app, but even there, you can’t do it with every product and there’s an annoying amount of scanning and calibration required just to make it sort of work. LiDAR could quicken the process and make it more realistic and thus more effective.

Of course, AR is useful for all sorts of games and entertainment purposes, too. It’s probably going to be a while before we see the true potential of a LiDAR sensor in the new iPhone, but once the technology is in more consumers’ and developers’ hands, things should get more interesting.

Will every new iPhone use LiDAR?

Probably not. As always, Apple is supposedly releasing multiple new iPhones that will run across a spectrum of prices and feature sets. The consensus is that we’ll see four new iPhones this year between two “regular” iPhone 12s and two iPhone 12 Pro models.

Prosser’s leak was only able to confirm LiDAR in the iPhone 12 Pro Max, said to be the most expensive and high-end of the bunch. According to the Fast Company report, both Pro models are set to get LiDAR support, while the non-Pro models will have to live without it. If you follow Apple’s product launches year after year, this probably won’t surprise you.

Fingers crossed that the purely hypothetical iPhone 13 is able to implement LiDAR, even in the lower-end variants when they theoretically launch in late 2021. The more people who can take advantage of it, the better. Some will use it to for genuinely futuristic means and others will use it to put virtual cowboy hats on their cats. Either way, that’s beautiful.

Save on a powerful triple headlamp that’s great for camping

Save up to 43% on Anker Charging Products, Today Only