A ‘meteor’ breaking up over the island of Guam has panicked locals who feared it was a ‘gift’ from China or Kim Jong-Un‘s ‘Christmas surprise’.

Footage shows a glimmer of light breaking into piercing brightness and falling from the sky around 11.25pm on Friday.

Local villagers in the Mariana Islands captured the astonishing moment just after the Ring of Fire eclipse on December 26. 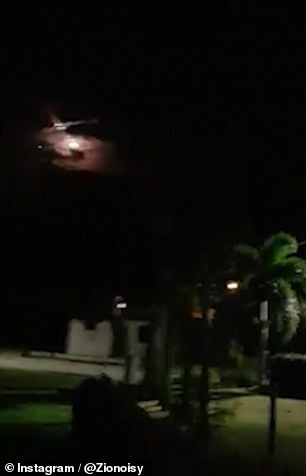 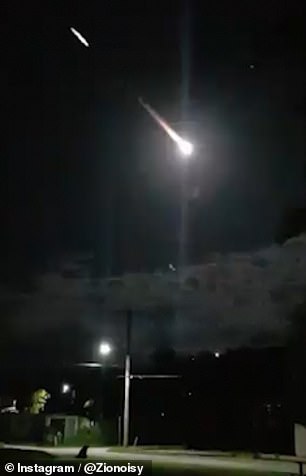 A ‘meteor’ was filmed breaking up over the island of Guam, Oceania, after an eclipse on December 26

It was most likely a meterorite breaking up in the sky as it entered the earth’s atmosphere, according to the National Weather Service.

Other possibilities are debris from a Long March 5 rocket test which was carried out from the Wenchang launch site on Hainan at 8.45pm China time.

The country is one of four planning a mission to Mars in 2020 as the Red Planet and Earth will be in the best position relative to each other in July. 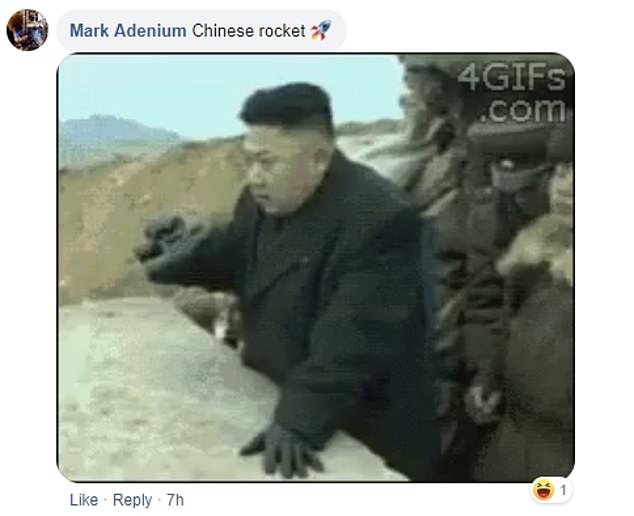 Patrick Chan, a meteorologist with the National Weather Service, told PNC News, the fireball was a meteor.

‘Based on the distance of the sky it probably landed somewhere in the ocean in small pieces.’

It is thought to have landed northeast of Saipan, Mariana, and no ground has been impacted at this time.

Officials have said they are ‘tracking and working to validate any information’, according to the Guam Daily Post. 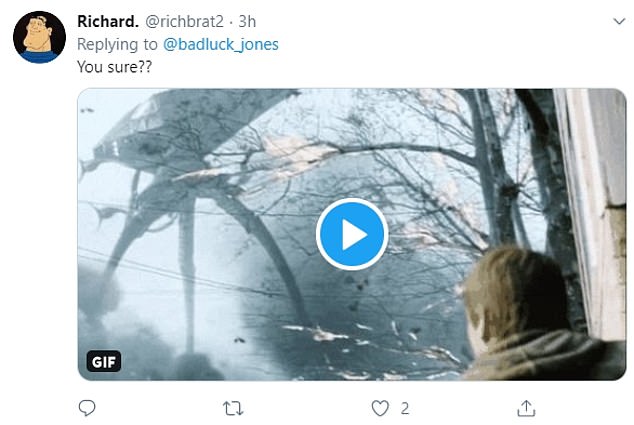 The clip has sent the internet into meltdown with viewers making their own predictions of the fireball. 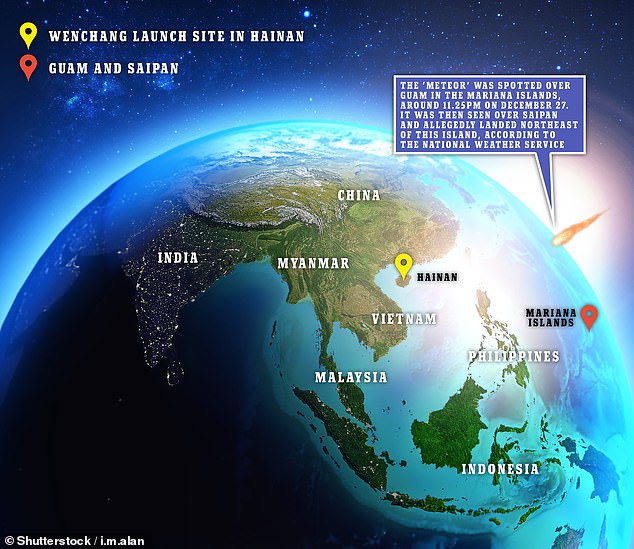 Stevens243 added: ‘That wasn’t a gift from North Korea, right?’

Mustache_nate suggested it was a ‘gift from China it seems’.

This spectacle comes just days after emergency sirens were accidentally activated at a US military base in South Korea, creating a brief moment of panic. 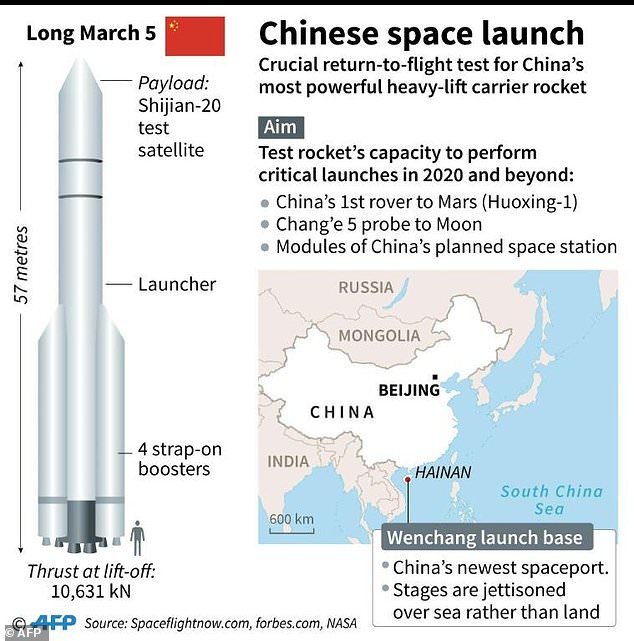 China’s Long March 5 is one of the most powerful rocket’s in the world and will help it launch for Mars and create its new space station. It is thought the ‘meteor’ could be debris from the rocket’s launch on December 27

Xbox Series X vs PS5: Microsoft ‘has major advantage’ over next PlayStation - Express

What’s the Most Toxic Chemical?