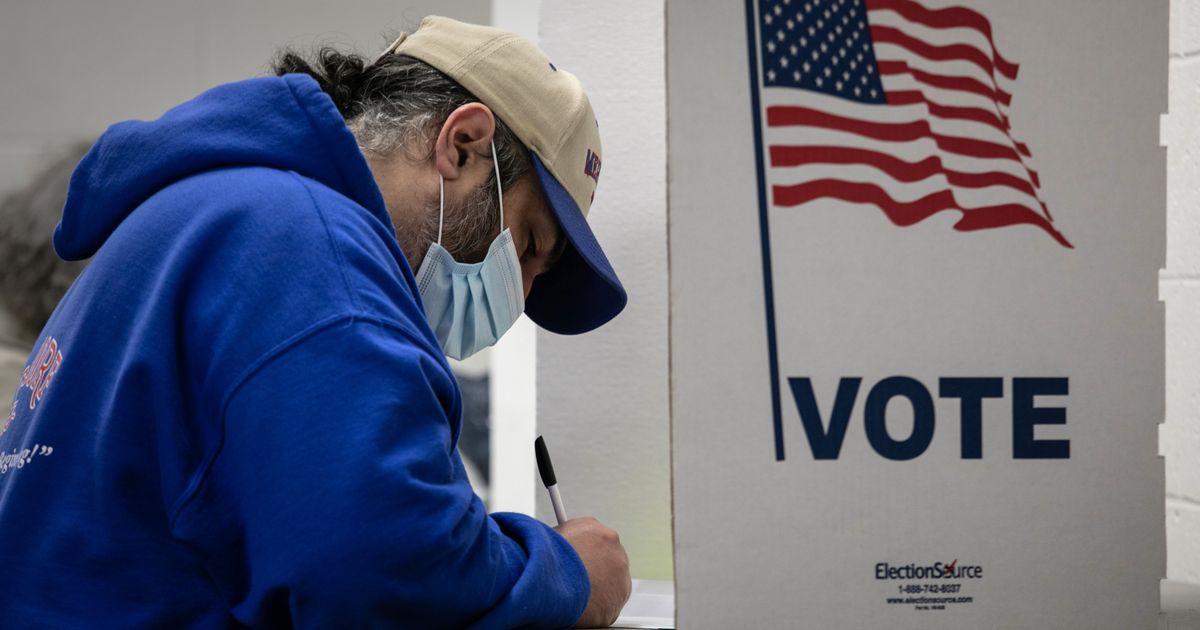 It’s Nov. 3, Election Day, and you know what that means: Misinformation will be flooding the internet.

There are people who don’t want Americans to vote, and will try to sow fear, confusion, and apathy to keep them from the polls.

Don’t let them scare you. Haven’t voted yet? Find your polling place. (Some companies are even giving discounted rides to the polls.) Already voted by mail? Here’s how to check if your ballot was received and counted.

Meanwhile, here is a running list of misinformation being spread today. Please, please don’t amplify misleading social media posts. Even if you’re criticizing them, you don’t want to spread them. Instead, report them to Facebook, Twitter, etc. — whatever you saw them on. And if you’re really concerned, you can contact the non-partisan Election Protection coalition by calling 866-OUR-VOTE.

WeChat messages try to scare Chinese-Americans into staying away from the polls.

Former President Barack Obama does not — I repeat, does not — own ballot printers.

The Election Integrity Partnership is a joint project between the Stanford Internet Observatory, the University of Washington’s Center for an Informed Public, and other organizations. Trust them; Obama is not printing ballots.

We have seen repeated sharing of a headline from “ObamaWatcher” claiming the Obama Foundation owns ballot printers. This is false. ObamaWatcher is part of a “network of parody, satire, and tomfoolery” and the article was posted as satire. pic.twitter.com/7ciPf1RkeG

As the New York Times points out, billionaire George Soros does NOT own Smartmatic, which makes voting machines, and does not secretly have control of them.

The Michigan Attorney General says people are receiving robocalls telling them to stay home due to long lines and vote tomorrow.

Getting reports of multiple robocalls going to Flint residents that, due to long lines, they should vote tomorrow.
Obviously this is FALSE and an effort to suppress the vote. No long lines and today is the last day to vote. Don’t believe the lies! Have your voice heard! RT PLS.

Don’t listen to the robocalls. Nov. 3 is the last day to vote in the U.S. elections. Want to help people waiting in line? We have a guide for that.

NBC News reports that conservative “influencers and Republican political operatives are tweeting misleading videos and photos from polling places” in Pennsylvania. They’re pushing the false narrative that the election is being rigged.

This story is ongoing. Check back for updates.

Learn the basics of trading cryptocurrency for $30

Americans Back Tough Limits on Building in Fire and Flood Zones

The LG Wing Is the Funnest Phone of 2020