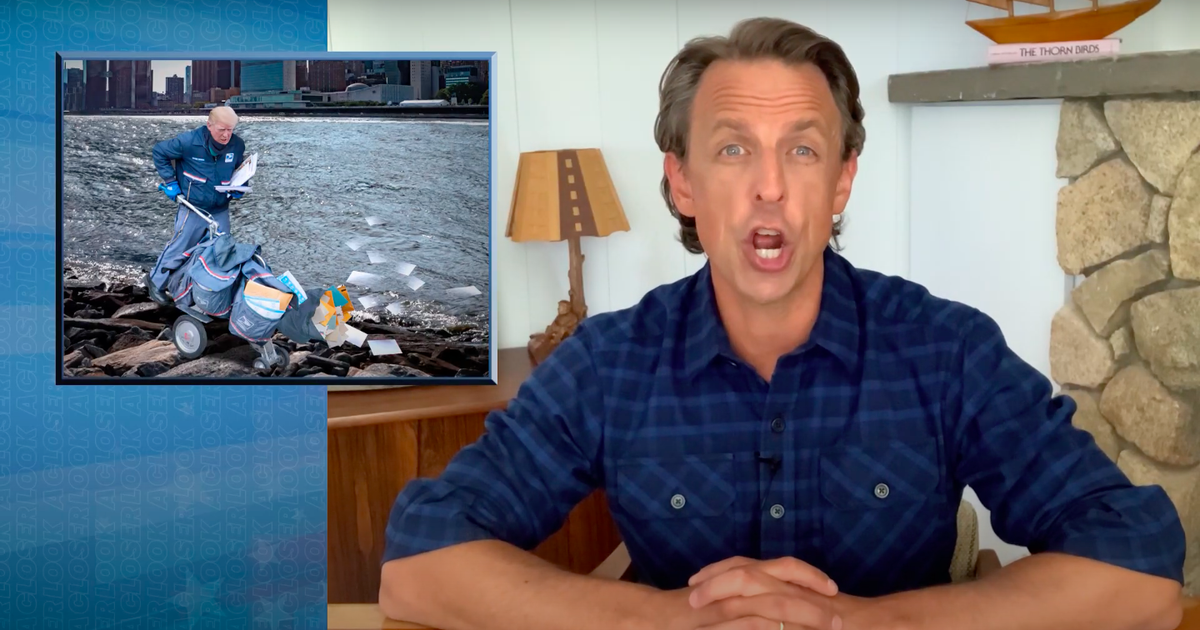 “Trump has never once cracked 50 percent approval in the Gallup Daily tracking poll, which is unprecedented,” said Late Night host Seth Meyers on Tuesday. “Even the Cats movie has a 53 percent audience score on Rotten Tomatoes, although I guess unlike the Cats movie the White House can’t just digitally blur out the asshole.”

President Donald Trump is, by and large, phenomenally unpopular among his constituents, which doesn’t bode well for his reelection prospects. However, rather than reexamine himself, his policies, or his lifetime of poor decisions, the president has instead turned his attention to undermining postal voting.

“That is chilling. The president thinks he can just decide which votes count and which ones don’t,” said Meyers. “Whether or not Trump actually succeeds in stopping mail-in voting is almost beside the point. Either way, he’s sowing confusion, setting up lengthy court battles, and laying the groundwork to claim the results [of the election] are disputed even if they’re not.”

Trump’s efforts include a massive restructuring of the United States Postal Service which centers power around Postmaster General and Trump fanboy Louis DeJoy. A man who, as Meyers notes, has up to $75 million invested in the post office’s competitors.

“That’s like finding out the new president of PETA is the Colonel,” quipped Meyers.

Meyers also ran down exactly how the Postal Service’s woes can be attributed to the Republican party’s actions — particularly highlighting a little thing called the Postal Accountability and Enhancement Act. Signed by George W. Bush in 2006, this law demanded the U.S. Postal Service save enough within the next 10 years to provide pension and healthcare for all employees for the next 75 years. Predictably, this absolutely destroyed the post office’s financials, which would otherwise be turning a profit.

“They had to pay for retirement benefits for workers who hadn’t even been born yet,” said Meyers. “That’s like going out on a first date and saying, ‘I had a great time tonight. What do you say we go back to my place and open up a 529 college savings plan for our eventual children?'”

For better or worse, this smart fabric knows what you put on it – Future Blink

The Section 230 hearing was a sad, dangerous sham

Why the Internet Should Be a Public Utility

Facebook shares specifics on how many QAnon accounts it banned

Sports in a Pandemic Don’t All Stink

Wario Redistributes the Wealth, Saving You 10% on a Nintendo eShop Gift Card

A Paralyzing Childhood Disease Is Set to Surge This Summer, but Coronavirus Precautions Could Stop It