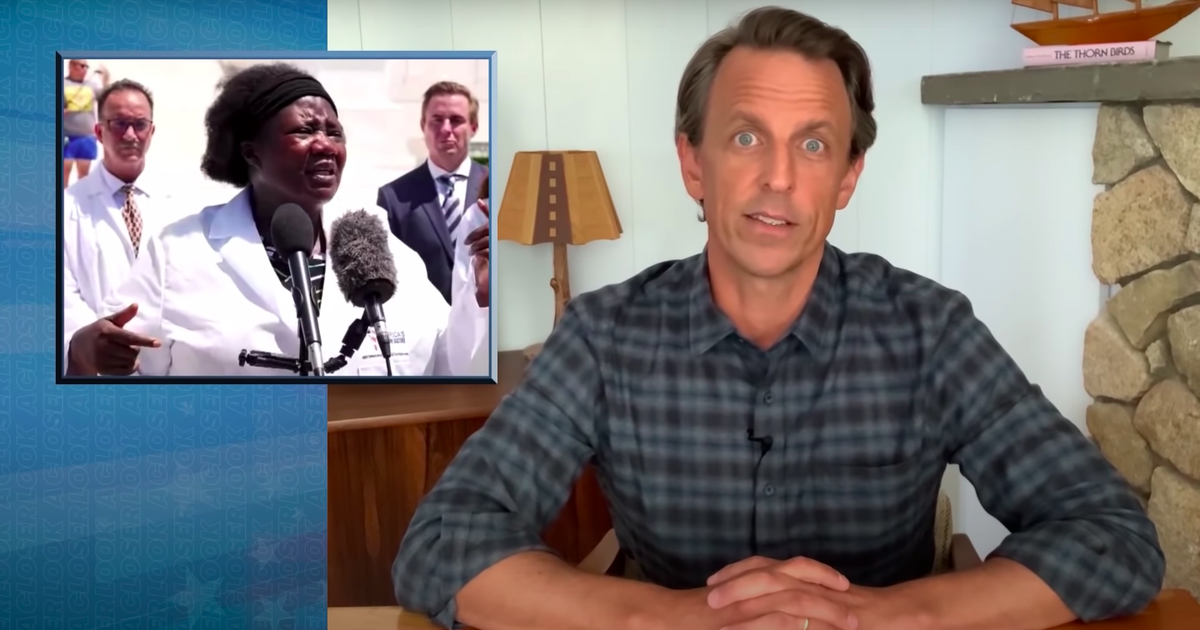 The U.S. now has over 4.2 million confirmed cases of COVID-19 and around 150,000 deaths — a staggering toll accounting for a huge percentage of the 16.5 million cases and 656,000 deaths worldwide. Ideally, these distressing numbers would convince America of the desperate need for face masks, social distancing, and lockdowns to get the coronavirus pandemic under control.

Instead, President Donald Trump has praised a doctor who claimed in a viral video that face masks are unnecessary and hydroxychloroquine cures coronavirus. None of which is true, by the way — numerous studies have proven hydroxychloroquine is definitely not a cure, and masks are still very much needed.

“We all wish hydroxychloroquine actually worked,” said Late Night host Seth Meyers on Wednesday. “Everyone wishes there was a cure for coronavirus. Nobody wants to be trapped inside for this long. If hydroxychloroquine really worked I’d take an Uber Pool to Times Square to get coughed on by a tourist just for old times’ sake.”

Meyers further pointed out that the doctor, Dr. Stella Immanuel, is far from a reputable source for medical advice. Citing a report from Daily Beast, Meyers noted that Immanuel “also claims that gynecological problems are in fact caused by people having sex in their dreams with demons and witches, that alien DNA is currently used in medical treatments, that scientists are cooking up a vaccine to prevent people from being religious, and that the government is run in part not by humans but by reptiles and other aliens.”

“Cool, so Trump won’t listen to the renowned infectious disease expert who actually works for him, but he loves the demon sperm lady,” quipped Meyers.

'I don't want to die': Ice-T shares his family's experience with coronavirus

Can You Believe This?

Clear Up Some Desk Space With a $23 Dual Monitor Arm