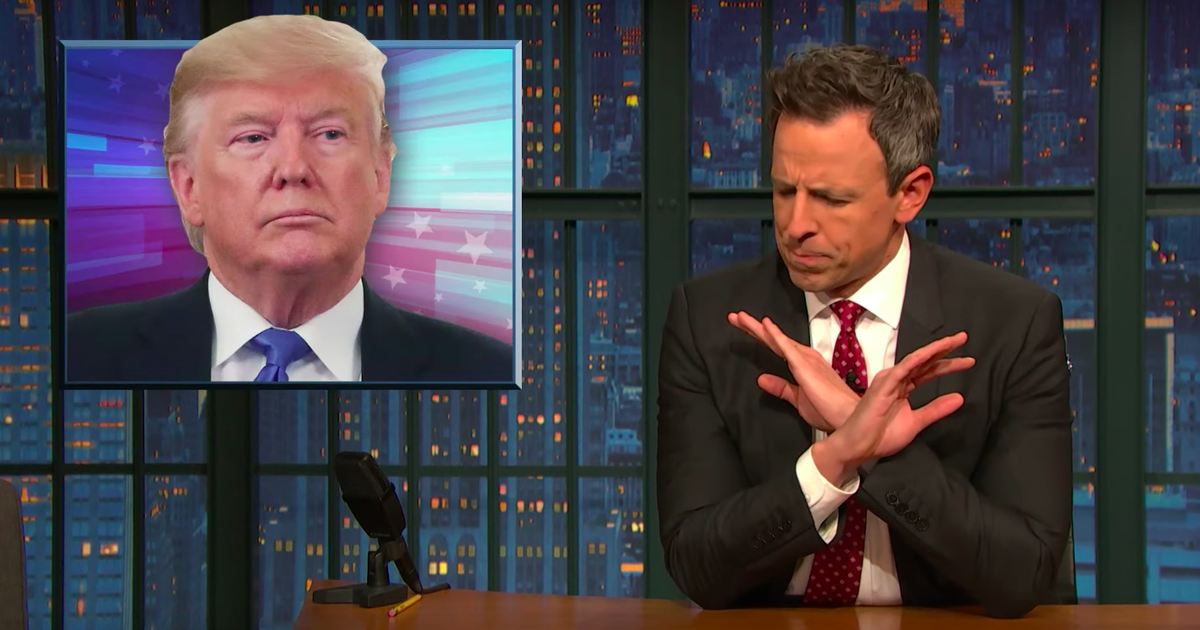 Apparently Trump is surprised he may be impeached over the Ukraine scandal, mainly because he’s done so many other things he thinks Democrats could have drafted impeachment articles on.

“That is an amazing confession,” the host of Late Night with Seth Meyers said during Thursday’s episode. “Think about that. That’s like getting pulled over for a broken taillight and saying, ‘Taillight? I got like 10 dead bodies in my trunk!'”

To be fair, subtlety hasn’t been terribly significant in helping Trump avoid consequences thus far, something Meyers also pointed out.

“Trump has blatantly and repeatedly abused his powers,” said Meyers. “He obstructed justice in the Russia probe, inflicted human rights abuses on migrant families, profited from his office, solicited a bribe, and paid hush money in an illegal scheme to cover up an affair, and on top of all that he attacked a 16-year-old climate activist, Greta Thunberg, simply for trying to save the planet from an existential crisis.”

This, of course, was a reference to Trump tweeting that Thunberg has anger management problems after she was named Time’s Person of the Year for 2019 over him.

“You want her to chill?” said an incredulous Meyers. “Whenever you scream you look like a tick that’s about to burst!”

Snag this sleek electric toothbrush at a super low price