The 5 most important takeaways from ‘The Mandalorian’ episode 3 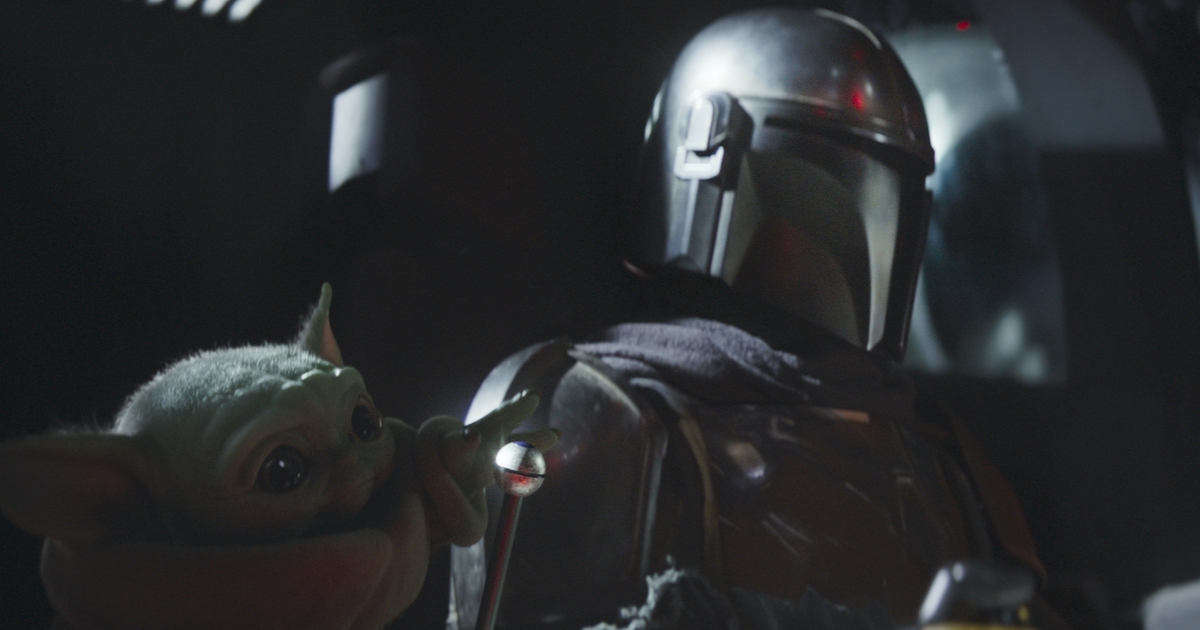 This article contains spoilers for episode 3 of The Mandalorian and John Wick: Chapter 3 — Parabellum, for reasons that will become apparent.

One of the things The Mandalorian does well so far is pack a lot of information into a teeny, tiny bit of story.

Episode 3 of the Disney+ show doesn’t have a ton going on plot wise — Mando drops baby off, Mando decides instead to be a Space Dad, Mando takes baby back — but every scene is laden with small details that build up to the greater tale the show is trying to tell.

Here are the big five moments from Episode 4 “The Sin,” and what they might mean for the series as it continues.

1. The Client needed Doctor Pershing to extract something from the asset.

After Mando drops off the Child with the Client, he spies on Doctor Pershing and discovers that the Client needs him to “extract” something from the asset with a potentially fatal process. Eagle-eyed fans have already spotted the badge on Doctor Pershing’s jacket, which looks like the symbol used by the Kaminoan last seen in Star Wars: Episode II — Attack of the Clones. Even though the doctor is not Kaminoan, his potential affiliation with Kamino may suggest that he means to clone the Child with extracted DNA and create more babies Yoda to aid the remnants of the Empire.

While this is just a theory, it’s interesting to note that the last time Kaminoan cloners showed up, they were responsible for creating an army based on the DNA of Jango Fett — a rogue Mandalorian who volunteered his genetic material in exchange for a perfect clone of himself to raise as his son. That cloned son grew to become Boba Fett, the original and iconic Mandalorian bounty hunter seen in the Star Wars original trilogy.

2. The Mandalorian’s beskar payment was tainted with history.

In accordance with their agreement, the Client paid Mando in beskar, the rare and precious metal Mandalorians use to forge their traditional armor. When Mando brings his payday to the underground forge, his fellow countrymen sneer at him because the bars are stamped with the imperial crest, indicating that they are part of a horde stolen from the Mandalorian people for Imperial use.

The following conversation between the remaining Mandalorians alludes to a conflict between Mandalore and the Galactic Empire; the phrase “the great purge” is used to refer to whatever catastrophic event led to the Empire controlling beskar and the Mandalorians living in hiding. It’s likely that the great purge is also the event Mando flashes back to whenever the blacksmith works with the metal.

Even though the imperial beskar has a painful history for the Mandalorians, Mando still uses some of it to forge brand new armor, which he wears for the rest of the episode and looks fresh as hell compared to his dented old fit.

3. Nobody messes with Mando’s baby. Nobody.

Because there is so little released information about The Mandalorian, it’s hard to predict exactly what kind of guy its title character is. Normal humans watching the show know they would lay down their lives for the verdant adorableness that is Baby Yoda, but before “The Sin” aired there was still the possibility that Mando was cold enough to hand the baby over and wash his hands of the whole ordeal.

Thankfully, that wasn’t the case. Mando showed his true colors and risked life and limb to save the Child from the Client. Doctor Pershing also seemed to have respect for the Child’s life, and for that Mando spared him a blaster shot to the face. Going up against the Bounty Hunter’s guild is the right thing to do, and now fans of the Mandalorian can rest easy knowing they’re not rooting for a bad guy — they’re rooting for the best damn babysitter in space.

4. The remaining Mandalorians stick together no matter what.

One of “The Sin’s’ biggest surprises was seeing the other Mandalorian warriors come through to help Mando protect the baby. Earlier in the episode it became clear that surviving Mandalorians work hard to maintain their culture and values in secret, but their hatred of the Empire and loyalty to each other obviously outweighs their safety.

If Mando can find other Mandalorian Coverts hidden across the galaxy, he might find more people eager to help him take care of his tiny green son. Maybe … two more Mandalorians. That’s Three Mandos and a Baby.

5. The Mandalorian is now John Wick: Chapter 3 — Parabellum in space.

Mando is going to need all the help he can get, since his actions in “The Sin” have made him persona non grata with the Bounty Hunters’ guild. Every single member was given a token for the Child, and now that Mando’s stolen the asset back from the Client that means every scruffy-looking, blaster-shooting nerf herder in the galaxy will be gunning for him posthaste.

The scene where the bounty hunters’ tokens activate was eerily reminiscent of the scene at the end of John Wick: Chapter Two, which set the entire assassins’ organization after John Wick. That makes every episode after “The Sin” a parallel to John Wick: Chapter 3, which had John fighting off assassins from every corner, all of whom were willing to die to claim their bounty.

Uber, Lyft passengers are too polite to tell drivers to be quiet