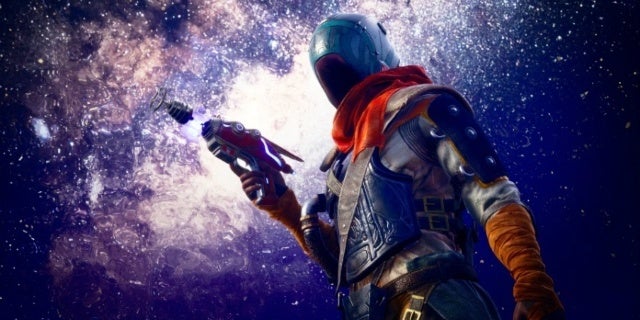 Those who are looking forward to playing The Outer Worlds but have been holding off for a release on the Nintendo Switch now have a more narrowed timeframe for when they can expect the game to release there. Take-Two Interactive, the publisher of The Outer Worlds, held an earnings call wherein the game’s success so far and its future were discussed. Part of that call revealed that the game would be out for the Nintendo Switch some time in early 2020.

The earnings call can be seen here through a transcription provided by Seeking Alpha. After recounting some of the successes The Outer Worlds had received in terms of critical reviews, Take-Two president Karl Slatoff said that “In early 2020, The Outer Worlds will be released for the Nintendo Switch.”

The release date might be a bit farther off than people would’ve hoped, but it’ll at least give Switch owners some time to burn through some of Nintendo’s first-party games before The Outer Worlds releases on that console. Luigi’s Mansion just released recently and Pokemon Sword and Shield are both releasing in a week, so Switch owners should be busy for a while. Like other games though, it’s unknown how the Switch’s performance will stack up to how The Outer Worlds plays on the platforms it’s currently available for.

Take-Two had a lot to talk about aside from The Outer Worlds during its earnings call considering how many recent releases it’s published in the past few months. The company was responsible for not only The Outer Worlds but also NBA 2K20, WWE 2K20, and Borderlands 3. Updates for both of those last two games were mentioned with 2K20’s looking to fix problems players have been experiencing while Borderlands 3’s added more content through the Bloody Harvest event. Red Dead Redemption 2 also just released for the PC, though the rollout didn’t go as smoothly as those who have been waiting for the game on that platform would’ve hoped. That game along with Borderlands 3 and NBA 2K20 will all be coming to Google Stadia once it becomes available to the public later this month.

The Outer Worlds is now available for the PlayStation 4, Xbox One, and PC platforms, and it’s got a helpful update coming next week to fix some problems.