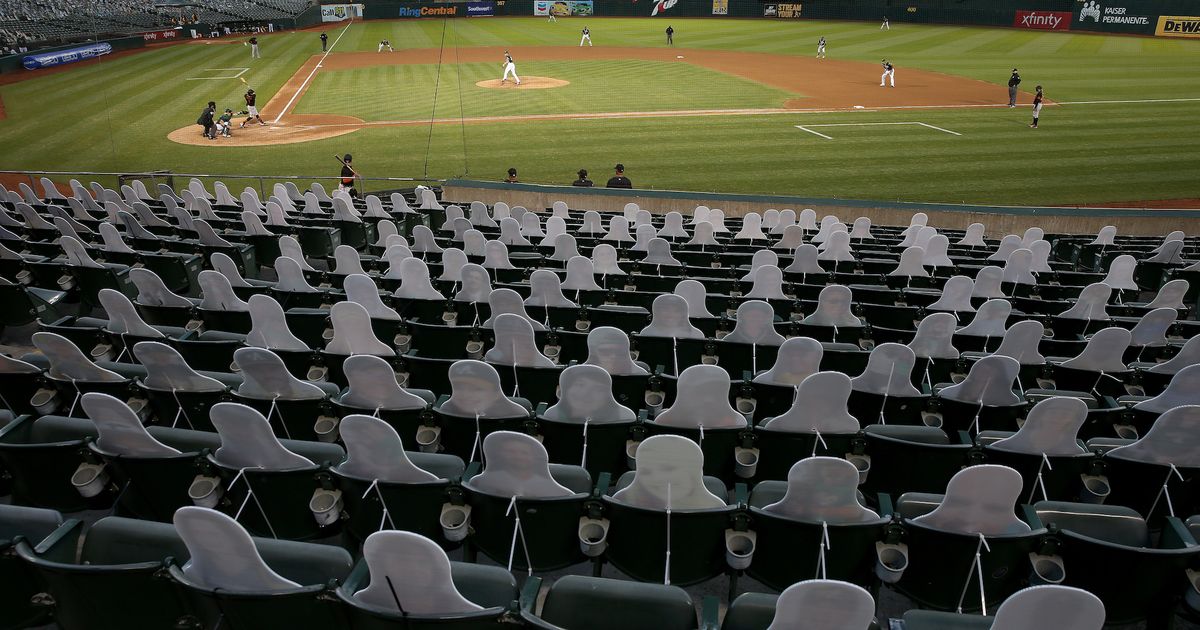 These are truly strange times and, oh man, was that fact really on display during MLB’s opening slate of games over the weekend.

In what now seems like an ill-considered move — considering the Miami Marlins have had a massive coronavirus outbreak — Major League Baseball played a whole host of games without fans over the past few days but also without an attempt of an isolation “bubble” like the NBA has done.

It was definitely different and weird, so we collected six of the strangest baseball moments thus far.

1. The Phanatic does its best to do the wave

Perhaps the best mascot in all of sports, the Philly Phanatic did its damndest to get a wave going in a stadium sans Phillies fans. The result was funny… tinged with a bit of sadness.

2. A pup catches a home run

Teams have used life-sized fan cutouts to fill parts of the empty stadiums. The New York Mets even included a few dog cutouts. It was pretty funny when a home run from the opposing Atlanta Braves just happened to find a row of pups in right field.

This person’s cutout apparently got decapitated by a homer. But at least they had a sense of humor about it.

Baseball coaches often get right in the faces of umpires to argue calls. That’s seriously dangerous in the COVID-19 era because the virus is often spread via droplets that fly from the mouth. So when Pittsburgh Pirates manager Derek Shelton got tossed from a game, he had to slide on a mask before yelling at the ump. It was a thoughtful argument, at least.

5. The Phanatic does its best again

The wave didn’t go great and well, neither was the synchronized clap.

As we wrote here at Mashable, Fox Sports experimented with video game-esque virtual fans instead of cardboard cutouts. The result was pretty creepy.

Fox’s digital fans gotta go. Just a ton of dudes alternating resting their chin in their hand and then 2-second delayed reactions. pic.twitter.com/fLh7EYXTMX

Infuse your own mezcal and tequila with this gorgeous handmade kit

Microsoft’s Surface Duo is a dual-screen ‘risk’ that might pay off. Just don’t call it a phone.

The Oil Industry Threatens Alaskan Polar Bears in Their Dens

Hey game developers, grab some 600 RPG icons on sale for 90% off

UK Will Intentionally Infect Volunteers With the Coronavirus for Vaccine Trials