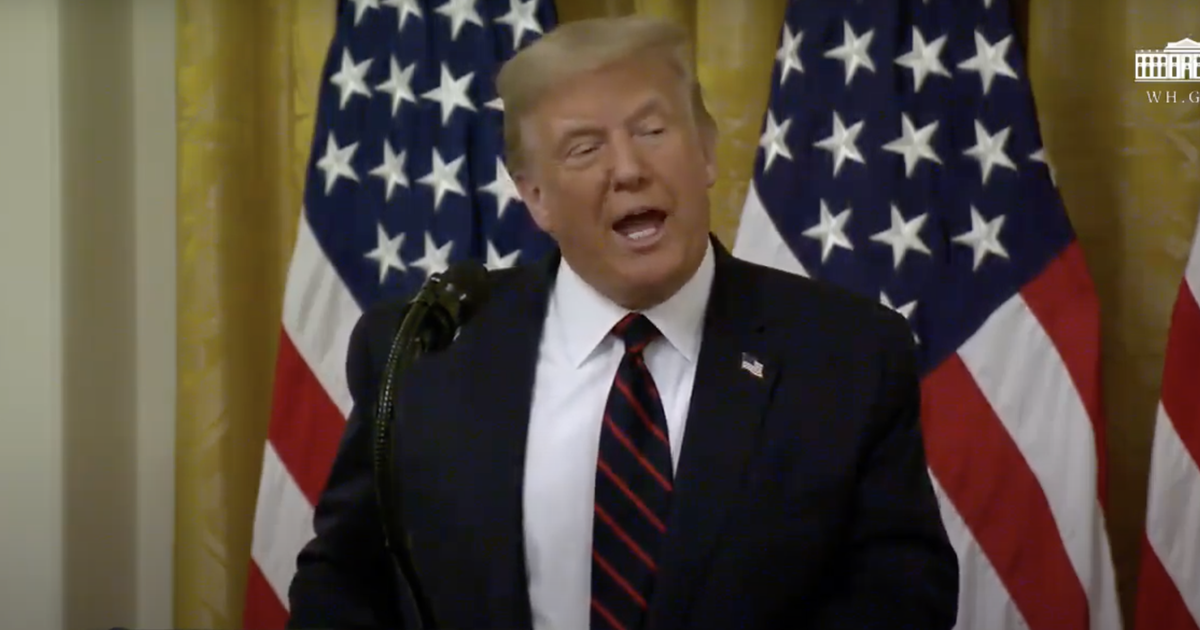 He’s also not very good at typing, spelling, and often writes in ALL CAPS using a Sharpie marker. While we as a nation have grown somewhat accustomed to his linguistic shortcomings, he still managed to surprise people on Tuesday while signing The Great American Outdoors Act.

In a poetic sentence he clearly did not write, Trump started listing off some of America’s most famous National Parks.

“When young Americans experience the breathtaking beauty of the Grand Canyon, when their eyes widen in amazement as Old Faithful bursts into the sky, when they gaze upon Yosemite’s towering sequoias…”

But when Trump pronounced “Yosemite’s” he did not say “Yo-sem-it-ees.” Instead he said Yo-semites.” Realizing his mistake, Trump tried again, but this time it sounded more like “Yo-sem-in-ites”

It, naturally, has prompted a lot of riffing on Twitter, with people making various version of the same “Yo, Semites!” and “Yo! -Semites” jokes.

This is probably the least shocking thing Trump will do today. Though it’s of note not only because, as president, he probably should know what Yosemite is, but also because has been slipping and slurring over words a lot recently — a repeated occurrence that has brought into question his possible cognitive decline.

You Can Rack up as Much as $165 in Amazon Credit To Spend on Prime Day, Here’s How

Microsoft Said to Be in Talks to Buy TikTok, as Trump Weighs Curtailing App

It’s Time for a Digital Detox. (You Know You Need It.)