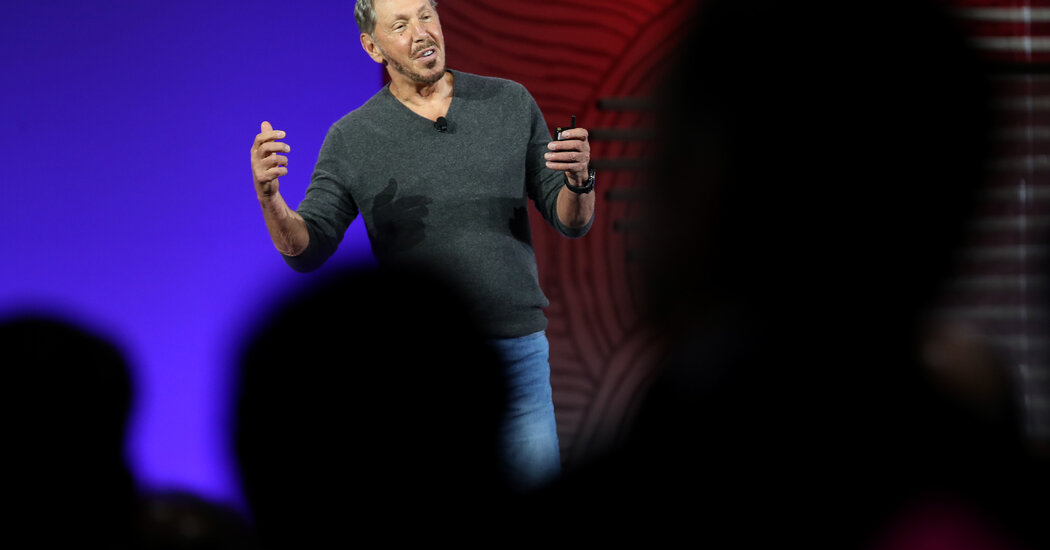 WASHINGTON — President Trump said late on Tuesday that he would support Oracle buying TikTok, the Chinese-owned viral video app that his administration says must to be sold in the next few weeks.

In comments to reporters at an event in Arizona, Mr. Trump called Oracle a “great company” and said the firm, which specializes in enterprise software, could successfully run TikTok.

“I think that Oracle would be certainly somebody that could handle it,” he said.

Mr. Trump declined to say whether he believed Oracle was a better option to take over the app than Microsoft, the software giant that has also talked with ByteDance, TikTok’s Chinese owner, about buying the app.

Mr. Trump’s comments came as his administration tries to force the sale of TikTok over concerns that its ownership poses a national security threat. Officials have said that Chinese apps could provide a way for Beijing to seize Americans’ data, which TikTok and other Chinese firms deny.

This month, the Trump administration issued an order that aims to restrict TikTok and WeChat, a popular Chinese messaging service owned by Tencent. Mr. Trump has said that TikTok would have to shut down unless it is sold to a new owner by Sept. 15. The moves follow a yearslong campaign by the administration against Chinese telecom companies like Huawei and ZTE, including pushing major allies to abandon their products.

TikTok has said that while it is owned by a Chinese company, its top executives are Americans and its user data is stored domestically. In recent months, it has rapidly expanded its lobbying operation to fend off scrutiny from Washington and said it planned to hire thousands of additional employees in the United States.

Mr. Trump’s support for a potential Oracle bid underscores his close relationship with the tech company, which has spent years building ties to his administration. On Monday, the State Department said Oracle was backing its program targeting Chinese telecom companies and apps.

Unlike many of their Silicon Valley peers, Oracle’s executives are political allies of the president. Safra Catz, the company’s chief executive, was a member of Mr. Trump’s transition team, and Oracle’s founder and chairman Larry Ellison hosted a fund-raiser for the president earlier this year.

Last week, a Labor Department lawyer said that she was facing being removed from her position after raising concerns about intervention by Mr. Trump’s labor secretary, Eugene Scalia, in a pay discrimination case against Oracle. (The agency said Mr. Scalia had done nothing improper in the case, and Oracle said the lawsuit had no merit.)

Oracle has had its share of wins in Washington under Mr. Trump. After it spent years arguing that the bidding process for a $10 billion Pentagon cloud computing contract was rigged in favor of Amazon, the Defense Department awarded the deal to Microsoft. And earlier this year, the Trump administration backed Oracle’s position in an ongoing copyright battle with Google.

Speed up your tasks with this AI-powered word prediction tool

What's Coming to Hulu in September 2020

Does This Headline Hurt Your Eyes? Save up To 65% on Rx Frames and Lenses at GlassesUSA [Exclusive]