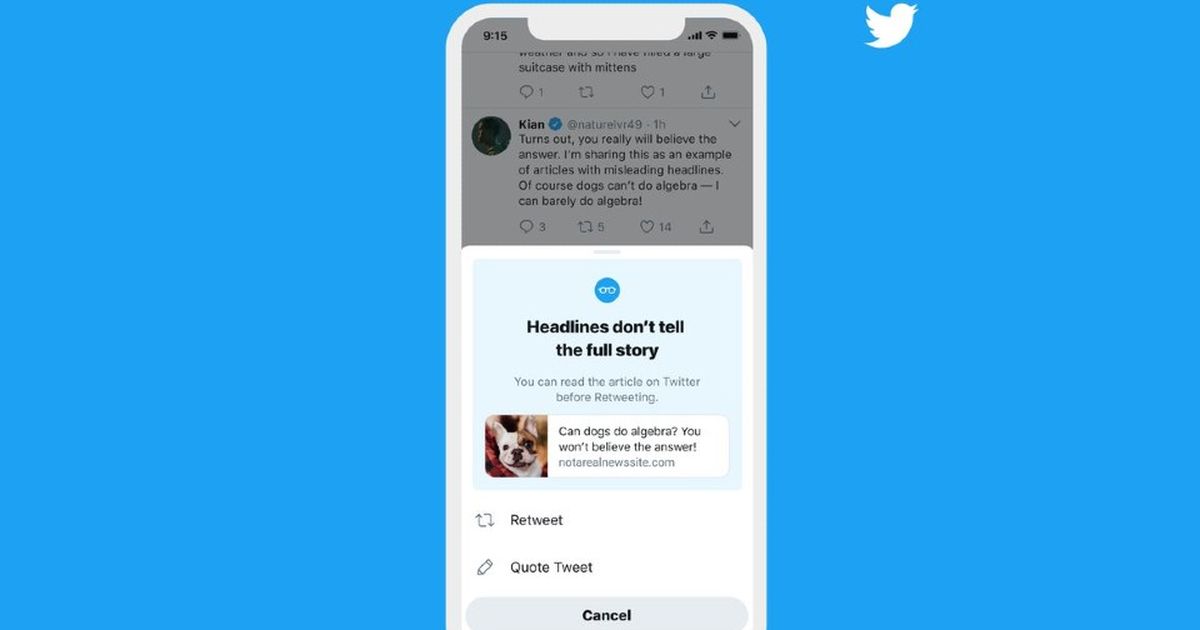 Sure it is, but if you haven’t actually read the article, you may be retweeting nonsense, or — even worse — completely false information.

To combat this, Twitter started testing a new feature in June, asking users whether they had actually read an article before retweeting it. Now, the company says it’s pleased with the results of the test, and will soon start rolling out the feature globally.

During the test period, Twitter says it found that people opened articles 40 percent more often after seeing the prompt. This lead to more informed retweeting, with 33 percent more people actually opening the articles before retweeting them. Twitter points out that, in some cases, people read the article and gave up on retweeting it, which is probably a good sign.

What’s next:
🔜 Making the prompt smaller after you’ve seen it once, because we get that you get it
🔜Working on bringing these prompts to everyone globally soon 👀 pic.twitter.com/08WygQi06G

Twitter will introduce one change to the feature before launching it widely, though — once a user has seen the prompt, the next time it shows up it’ll be a bit smaller.

Twitter has recently been increasing its efforts to combat fake news and increase the quality of content on the platform, including flagging some of Donald Trump’s misleading tweets and strengthening its rules regarding COVID-19 content. In August, Twitter also added the ability to limit tweet replies.

Everything Ubisoft Announced Today During Its Not-E3 Event

Get 40% off these impressive wireless earbuds that last 35 hours

The best books of 2020 so far, according to Amazon