‘Ultima Thule’ is no more after concerns about Nazi connections. Say hi to ‘Arrokoth’ – Florida Today

When NASA’s New Horizons spacecraft flew by the most distant object in the solar system to be explored by a human spacecraft last New Year’s, it was met with applause and jubilation as scientists, families and even rock stars celebrated this historic achievement.

But now NASA has changed the object’s original name following concerns that it had Nazi connotations.

Originally nicknamed “Ultima Thule,” the snowman-shaped object in the Kuiper belt — the region of the solar system beyond Neptune that contains hundreds of thousands of objects such as asteroids, comets and dwarf planets — is now officially named “Arrokoth,” a Native American term meaning “sky” in the Powhatan/Algonquian language, according to NASA’s press release Tuesday.

The change came after NASA received backlash over the original nickname because of its historical association with the Third Reich, despite it originally being a Latin term that means “a place beyond the known world.”

“This isn’t just some obscure element among hundreds of others in the Nazi cosmology,” Eric Kurlander, a professor of history at Stetson University in Deland, told The New York Times. “They named a tank division after Thule in World War II. It keeps popping up, which is why it probably makes sense not to name something that anyone has any interest in Thule. It has too much baggage at this point.”

“There are many, many, many different names and a name that could be interpreted as giving credence to, again, racist Nazi ideology, why do it,” Taylor told FLORIDA TODAY.

“When we find an object in space, it gets a license plate,” Stern said. “In this case, it’s 2014 MU69. And I knew as we were planning the flyby of this target, that’s a jawbreaker and it’s not a good handle for public engagement. But I also knew that we couldn’t give it a real name until after the flyby when we saw what it looked like.”

“Early in 2018, we put out a press release that said we had nicknamed it … That nickname was Ultima Thule, chosen because it’s inspiring about that exploration and because it has a certain gravitas because it comes from Latin,” Stern said. “But we never intended for that to be the name. From the very beginning, we always said, ‘this is temporary.'” 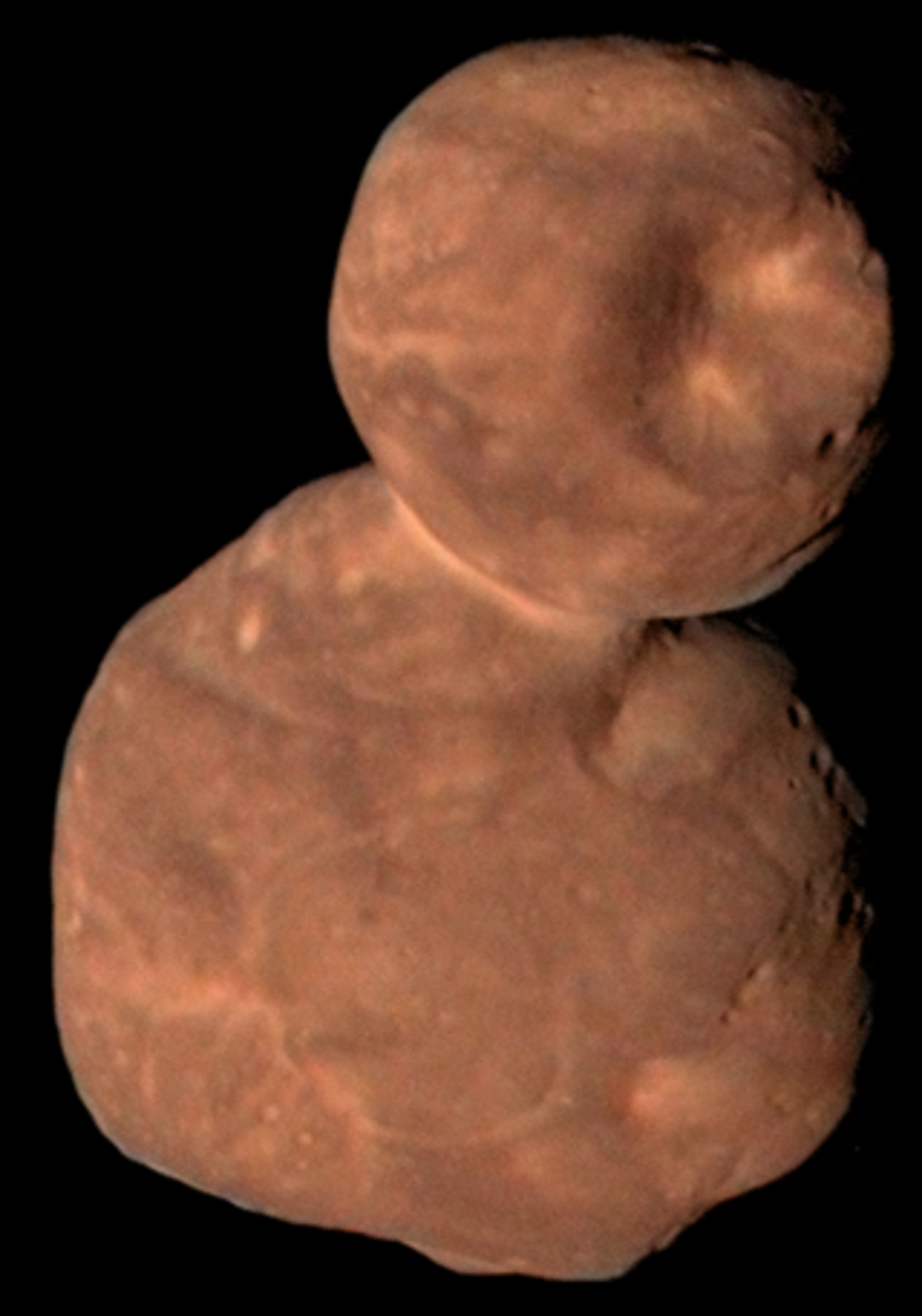 And now, after scientists were finally able to “catch their breaths,” as Stern put it, a new official name has been given to an object nearly four billion miles away from any Nazi connection.

“I think Arrokoth is going to work even better because it’s such a great trifecta of confluence about America and indigenous Americans and people from Maryland who were at the heart of our project and the concept of sky and flight.”

The team, which is based out in the John Hopkins Applied Physics Laboratory in Maryland, wanted to find a name that had a special connection to Maryland, and since “all objects in the Kuiper belt are named after creation deities,” according to Stern, finding a name used by indigenous people who were from Maryland was the perfect fit.

“Maryland has played such an important role in this mission. From the Johns Hopkins Applied Physics Lab to NASA people at NASA Goddard to the Space Telescope Institute, let’s find a creation deity from indigenous Americans who populated Maryland long ago,” Stern said.

“We looked through that dictionary and liked this one best. … So I thought it was aspirational in three different ways and that seemed to me like a home run again.” 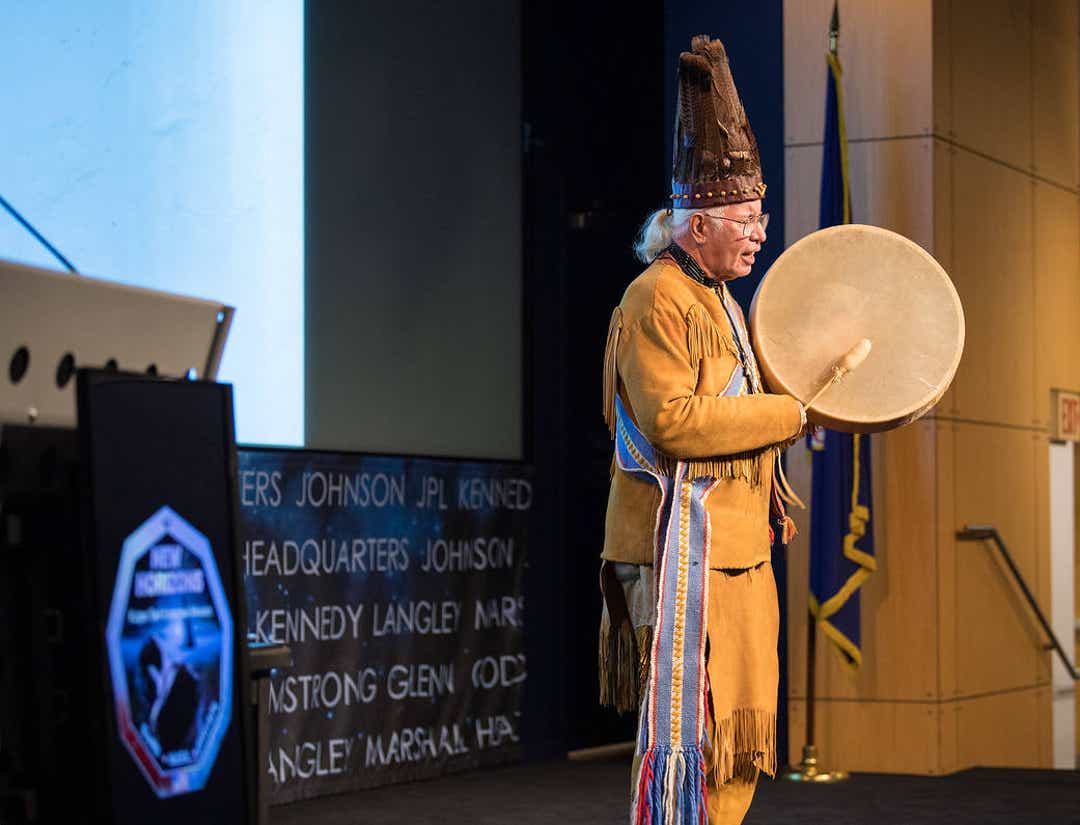 So where did the idea for Ultima Thule come from?

Back in 2017, scientists put up a public vote to decide what nickname to give to 2014 MU69, the official name given by the International Astronomical Union. Ultima Thule became the winner, despite scientists being unaware of the Nazi connection at the time, according to Stern. But even after they were made aware, Stern and others still decided to keep the nickname until a new official name could replace it.

“Those bad guys liked a lot of things in life,” Stern said. “When I later learned that they liked this term, Ultima Thule, I felt like we shouldn’t give them the power to own it forever … So I wanted to take it back and keep using it for something good.”

Yet Taylor argues NASA should have never named it Ultima Thule, to begin with.

“I understand how NASA feels about not wanting to surrender something to folks on that side of the issue. But let’s face it, they can and already have the ability to use it as sort of respectability for their beliefs,” Taylor said. “Saying, ‘Oh well, we think it means “A” and NASA named this space item after it so it must have some merit.’ It would be like giving an intergalactic billboard for Nazi ideology.”

Vladimir Solonari, a professor of history who focuses on the Holocaust as well as Russian and Eastern European history at the University of Central Florida disagrees, however.

He believes changing the name gives some of the power back to these fascist groups.

“I think maybe them actually calling it (Ultima Thule) and then replacing it creates kind of a useless conversation,” Solonari told FLORIDA TODAY. “I don’t think the story was handled well. (NASA) should have thought more about it right from the beginning, but once they called it ‘Thule,’ and changing it now, people are talking not so much of the object, but now whether (the name should have been changed) or should not have been done. I don’t think it helps.”

Moving forward, Daniel Batcheldor, the head of aerospace, physics and space sciences at Florida Tech believes scientists should wait until the International Astronomical Union gives the official name to avoid any potential controversy.

“We, of course, hope that nobody is going to purposely name something that would cause anybody to take offense, but nevertheless, we can never be sure that that is going to be the case,” Batcheldor told FLORIDA TODAY. “That is why we should always wait for the International Astronomical Union to make that final determination on the official names of celestial objects.”

Despite all the drama, the scientists on the New Horizons mission aren’t letting this nomenclature squabble deter them from the actual work they’re conducting.

“I’m just a little disappointed because it’s just coming out of left field,” Stern said. “It’s got nothing to do with how we named it or why a permanent name was selected or what our objectives are, but I know that in the long run, forever, this object will be ‘Arrokoth’ and all that other stuff probably won’t even be a trivia question in a board game.”

While scientists continue to study the data of the rusty-colored snowman-like object sent back from the spacecraft, Stern is also looking ahead to what other foreign objects New Horizons can visit next. Starting next summer, Stern and the rest of his team will start looking at other flyby targets to learn more about the early formation process of our solar system.

What Makes AI So Weird, Good, and Evil