‘Watchmen’ Episode 6: Nothing to explain but lots to say 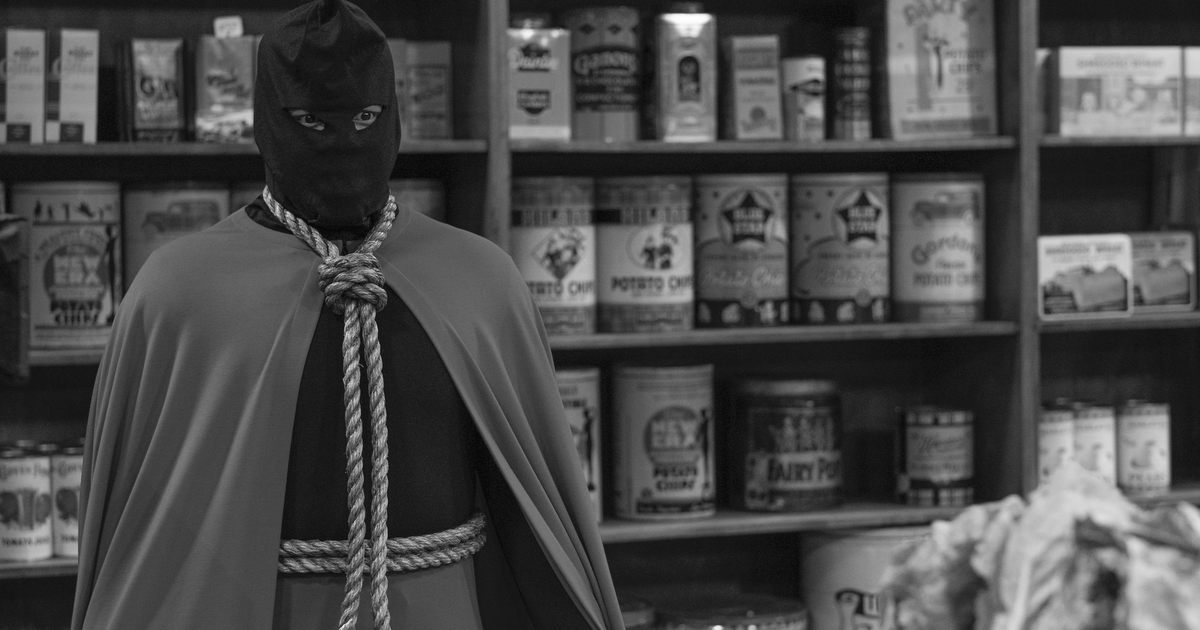 I’m changing things up for Episode 6 of HBO’s Watchmen.

Throughout the season, I’ve been touching base with you the morning after each new episode to talk about the various ways the original graphic novel lives on in the new series. But that doesn’t work with Episode 6, an hour of TV in which the entire premise is to reframe our understanding of the source material.

A quick recap: Hooded Justice, the first costumed vigilante in Watchmen‘s history, was a gay black man who hid his identity because it was the only logical choice at the time. His costume’s hood and ropes came from so-called colleagues in the NYPD who used the threat of lynching to keep Will Reeves, a young up-and-coming cop in the ’40s, from shaking up the white supremacist status quo.

The true identity of the man behind the Hooded Justice mask was never confirmed in the comics. It took this HBO series, and Angela Abar’s drug-fueled journey through her grandfather’s past, to get a front-row look at the origins of… well, everything that makes Watchmen what it is.

We also learned about Cyclops, the group that is basically an evolution of the Ku Klux Klan. They plan to employ mass hypnosis in a twisted plot that would use movie theaters to pit black Americans against one another. Episode 6 is deeply focused on race, and specifically the black experience in America.

I’m not going to even attempt to unravel all of this because, frankly, a bunch of other people have done it already, and far better than I could have. So instead of doing the explainer thing, I’m going to share a collection of snippets that will hopefully inspire you to read more.

One of the main themes of this new Watchmen, highlighted in last week’s episode, centers on transgenerational trauma. Thetheory goes, post-traumatic stress disorder mechanisms get handed down through surviving generations. Cut to Angela (Regina King), under arrest, betrayed by her colleague and friend, attempting to figure out her next steps. She does not sit. Trapped in a jail cell, she begins to show signs of a panic attack—heavy breathing, sweating, and unfocused eyes—as Laurie (Jean Smart), rattles off her offenses. The latest problem: Angela swallowed all of her grandfather’s Nostalgia pills. In describing how the pills will implant memories in Angela’s brain, Laurie says, “Who would want to live in the present, when they can live in the past.” Most Black Americans, I thought to myself. A drum roll and the same piano that scored every important moment of Will’s youth sends Angela crashing back into the past.

This Extraordinary Being is illustrative of how and why [showrunner Damon] Lindelof’s approach to Watchmen works so well. He’s called it an “extrapolation” of Moore’s original comic rather than a traditional adaptation. That choice has allowed the series to embody the spirit of Moore’s work while exploring a theme that’s wholly absent from it: race. It’s not so different from what makes a great biopic performance, in which an actor chooses to focus on the key element of the person the actor is portraying and build from there instead of recreating a person with gimmick-laden imitations.

Episode six is brimming with [creator Alan] Moore’s trademark skepticism about superheroes and his ideas about how media both reflects and perpetuates an American culture of white supremacy. Just as Bass Reeves was erased from popular culture with a white Lone Ranger played by Clayton Moore and later, Armie Hammer, so too was Hooded Justice. When the identity of Hooded Justice is finally revealed in American Hero Story — Watchmen’s show-within-a-show, which the officers of the Tulsa police department follow obsessively — he’s a white guy, not a black man who paints on a white mask.

Will might not have set out to become the world’s first vigilante superhero, but within hours of his heroic act, news of his actions make it into the newspaper, and it suddenly becomes clear who Will is within the context of Watchmen’s larger story. Hooded Justice was one of the members of the original Minutemen, the group of heroes who popularized vigilantism in Alan Moore and Dave Gibbons’ comics. In that telling, Hooded Justice was known for being large, preternaturally strong, and then suddenly disappearing just as the government began cracking down on costumed crimefighters. It’s important to note that in the comics, Hooded Justice was believed to be a white man, which has always been something on a stain on the comics’ legacy because the optics of putting a white man into a pointed hood, wrapping a noose around his neck, and presenting him as a superhero is patently bad.

By making Will its take on Hooded Justice, Watchmen course corrects some of the source material’s narrative failings and seamlessly connects itself to the comics in a fascinating way because it isn’t long until the Minutemen coming looking to recruit him into their ranks. Inspired by reports of Hooded Justice fighting crime, Nelson Gardner himself shows up at Will and June’s apartment pretending to be an “associate” of Captain Metropolis’ who believes Will is actually Hooded Justice’s partner. The Reeves immediately see through Gardner’s ruse, but the idea of joining a team of likeminded heroes willing to do what the law won’t tantalizes Will in a way June can’t understand. It’s unclear whether she realizes how Gardner himself has a pull on Will, but the episode then cuts to a scene of the two men having passionate sex, which is yet another link back to the Watchmen comics where Hooded Justice and Captain Metropolis’ queerness was present, but subtextual.

It’s a singular episode of television that asks us to consider the nature of inheritance and the ways trauma is etched upon a family, passed down through generations. … Braided throughout the episode are flashes from the Tulsa Massacre. At one pivotal point about halfway through the episode, June asks Will about Trust in the Law, the film he watched obsessively as a young boy, of which we saw a glimpse in the premiere. Soon June and Will are in silhouette as the film plays behind them and Will recounts the Bass Reeves tale. Trust in the Law has greatly shaped Will’s understanding of the world and its order. He believes that wearing a badge can not only do good for the world, but also help him find the justice he’s been craving since he was a child. But alongside this desire for justice is a deep well of anger, which June recognizes. It’s Angela whose face appears in the moment at the bar to say, “I am not angry,” with a kind of calm that belies just how angry both she and Will are. This is a part of her inheritance.

The best moment of the episode comes a ways in, when Will, as the Hooded Justice, agrees to join the Minutemen. He arrives at his first press conference with the Minutemen and attempts to brief the assembled reporters on Cyclops — only to be immediately shut down by Captain Metropolis, who only wants to talk about crime lord Moloch’s plan to “harness the sun’s energy into a deadly solar weapon.” It’s patently ridiculous, a PR stunt, a way to sell things. It’s an effective subversion not only of the superhero genre, but of Watchmen itself. The real evil plan is still a little out there, but it makes a lot more sense: Cyclops is using subliminal messaging and mesmerism to instigate mass riots among New York’s black community. It feels almost besides the point to imagine a “secret” conspiracy to instigate racial violence. It’s baked into the system.

I’ll cap this off with a few words from Cord Jefferson, the Watchmen writer who co-wrote “This Extraordinary Being” with showrunner Damon Lindelof. Jefferson spoke to The Hollywood Reporter‘s Josh Wigler for an interview that published after the episode aired.

I’m not sure if it was day one or week one or whatever, but when we came into the room, Damon said that he wanted Hooded Justice to be a black man. That was that, that was his goal, was to make that character black. And then we sort of had to work backwards from that central premise. And so there was a lot of building that went on after Damon said that. For me, that was a very exciting concept. When I read the source material, I started to really sort of dig into that idea and I thought that it made a lot of sense after I started looking at it. If we’re talking the 1930s, who really would be looking for justice outside of the traditional means of obtaining justice? What kind of person in the United States of the 1930s would be the one most likely to seek justice outside of the police and the court system. When you think about it in those terms, it’s like, of course, it’s a person of color. Of course, it’s a black person. Who was being the most trampled on in the United States and whose rights underneath the law were the most precarious? And I would say that it’s clear to me that like, oh, of course it’s a black man. And then, once we started to talk about that concept, it got really, really exciting. When I found out that I was going to be the one writing six with Damon, I was really, really excited to take it on.