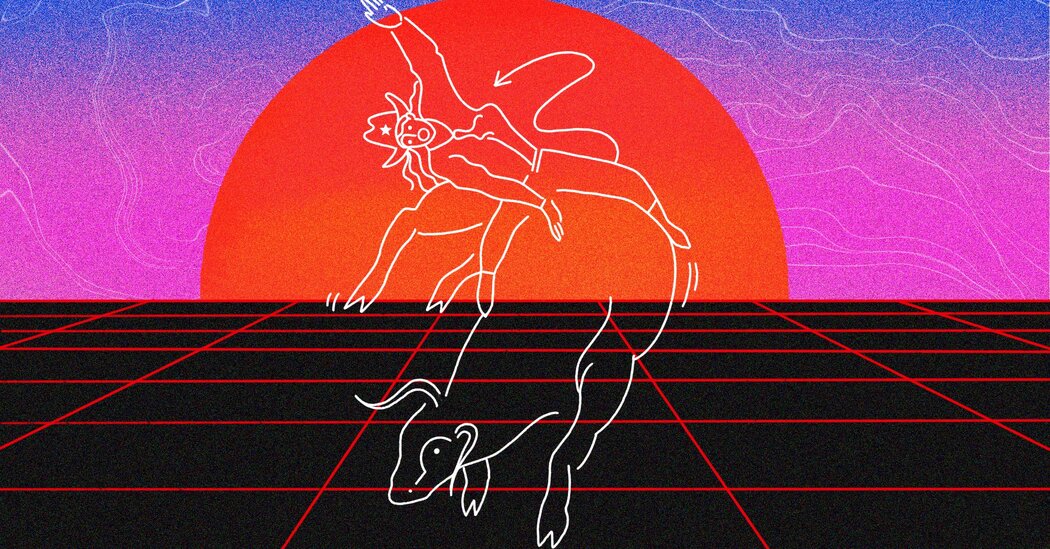 What if the U.S. government tries to restrain the power of America’s tech superstars, and it doesn’t work?

That’s essentially what has happened so far in Europe, where some regulators and lawmakers have been ahead of the United States in putting guardrails on Google, Amazon, Facebook and Apple.

I talked with my colleague Adam Satariano, who writes about technology in Europe, about what happens when government officials decide they want to do something about Big Tech, but struggle to figure out what that something should be.

Shira: What’s been Europe’s approach to the American tech superpowers?

Google is the best example. Investigations into allegations of anti-competitive tactics took years. The European Union then fined Google several billion dollars for breaking the law. But critics say that Google wasn’t forced to change much, so this did little to restore competition.

What can American lawmakers and regulators learn from Europe’s mistakes?

There was also a problem with enforcement. Europe passed a highly-touted privacy law called General Data Protection Regulation, but it’s been a flop at limiting data collection by the biggest tech companies. Much of the policing of the law was left to Ireland, which simply doesn’t have the resources to keep up.

It sounds as if the lesson is that you can believe there’s a problem with tech companies’ power, but it’s hard to craft an appropriate response.

Without a doubt. The authorities in Europe are changing their tactics now. They’re looking at rewriting laws to directly target the way big tech companies do business: How they use data or box out rivals, and ways they give their products preferential treatment.

But after a few years covering this in Europe, I have become much more suspect about these efforts at regulation. There’s a lot of potential for unintended consequences.

What have been the unintended consequences?

A big one is the ripple effects of several countries, especially Germany, making new rules against hate speech online. The worry is that gave cover to countries to enact censorship laws. Turkey cited Germany’s hate speech law in enacting its new social media restrictions. Another law, known as the right to be forgotten, has also raised concerns about limiting the availability of information online.

Does this mean we should be skeptical about any U.S. government action against Big Tech?

Maybe. But it’s still been interesting to watch this growing realization among the authorities on both sides of the Atlantic about the size of these companies and the influence they hold over their democratic societies and how they operate, including their communication systems, information flow and commerce.

You can sense this feeling that lawmakers think they must do something, but aren’t quite sure what that is yet. The next 12 to 18 months are going to be extraordinary.

Hello, dear readers! Several of you had asked about differences in how the United States and Europe handle regulation of technology. This conversation gets the ball rolling on that subject. Please keep the questions coming. You can reach us at ontech@nytimes.com.

Twitter’s blunder is a symptom of our broken internet

Twitter is in hot water with the U.S. government. Let me explain why you should be angry.

The Federal Trade Commission is investigating Twitter and may fine the company up to $250 million for using people’s phone numbers in ways that users didn’t expect, my colleague Kate Conger wrote.

This stems from Twitter’s disclosure in October that the phone number you might have listed as a second form of account verification — in addition to a password — might also have been used to target advertisements at you. This is not good.

Phone numbers used for security purposes shouldn’t be repurposed for Twitter to make money. Twitter said this was a mistake, but it hasn’t said how long this practice had gone on or how it made this error. (Facebook had gotten in trouble for the same thing.)

First is the problem of companies ignoring common sense. People who enter a phone number to keep impostors out of their Twitter accounts do not expect that number to be used to target ads. Period. Therefore, companies should absolutely not do this.

Two, Twitter’s mistake is a symptom of the broader scourge of online surveillance. Internet advertising is an arms race waged with our data, and that leads to ever more intrusive harvesting and use of our information.

This is not only a concern for tin-foil-hat privacy paranoiacs. Companies like Facebook and Google have a big leg up over all other companies that sell digital ads because they have more and better data than anyone else. Every other company is tempted to play catch up by resorting to increasingly creepy ways of collecting user data.

That might include Twitter, or apps we’ve never heard of that gather our location information and sell it without our knowledge to other data-hungry companies. All the tech problems are connected.

Check out these ethereal cuttlefish embryos bobbing around in their eggs. Yes, those tiny black dots are the cuttlefish babies’ eyes. (Thank you to an On Tech reader, Dr. Julie Drawbridge, for suggesting this video.)

Start a career in computer networking with this $30 training

6 of the best cheap TVs with 4K resolution