An Unexpected Hotel Nestled Among the Clubs of Mykonos 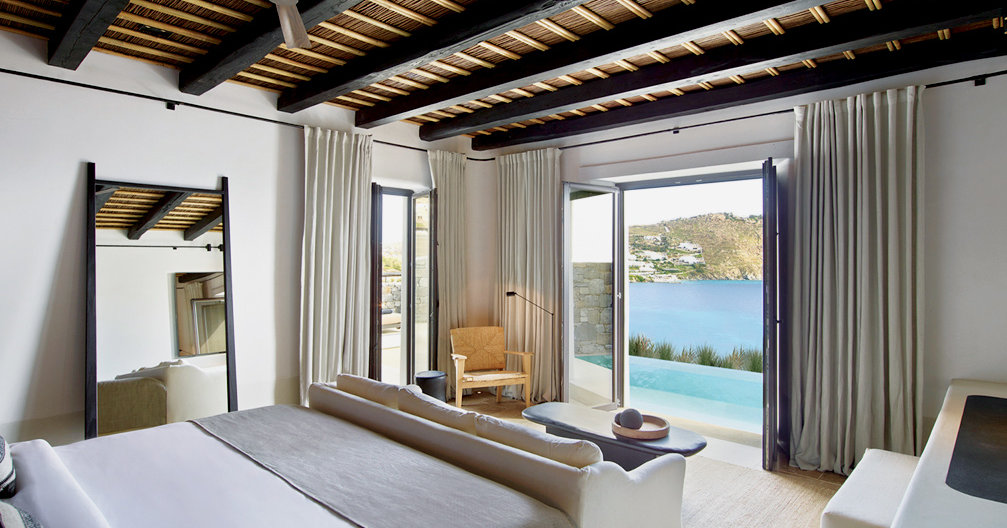 Come nightfall, Mykonos, Greece, thumps with disco beats emanating from the megaclubs scattered across the island. But all is peaceful at Kalesma, a forthcoming hotel that sits on a jasmine-scented hilltop above the beaches of Ornos Bay. The generations-old family property has been transformed with 25 suites and two stand-alone villas, all of which come with private pools and sea views and are decorated in a palette of earthy browns, grays and taupes that complement the polished stone floors. “Kalesma means ‘to invite,’” says Aby Saltiel, a restaurateur and the hotel’s Thessaloniki-born co-owner.

With this new project, Saltiel was looking to marry modernity — there are Brutalist couches designed by Rick Owens and horsehair-wrapped sconces by the design studio Apparatus — with elements of traditional Mykonos hospitality. The lobby is outfitted with a brick oven in which loaves of a crusty bread called horiatiko psomi will be baked daily, and Pere Ubu, the hotel restaurant, will serve Cycladic specialties, with cheese and fish sourced from neighboring islands including Delos and Naxos. You can almost imagine it’s the 1950s, when local fisher­men would welcome summer tourists into their homes.

Answers to Travelers’ Questions About the Coronavirus

When Road Trips Cross Continents, Be Ready for Anything