Everything Old is New Again with Klassik Studio in Copenhagen 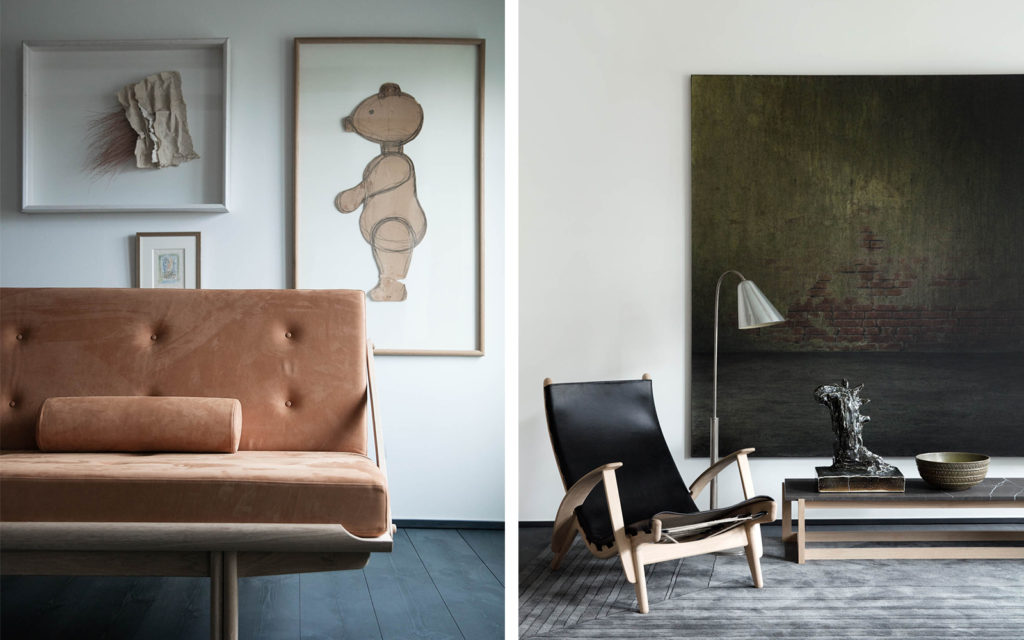 Amongst the Arne Jacobsen Egg Chairs, Børge Mogense sofas, and Poul Henningsen Artichoke Lamps, there are incredible Danish designs that have fallen through the cracks over the years. Some are by well-known designers, tucked away in their massive portfolios and simply never produced due to sheer volume of work, while others are by unknown or lesser known designers and architects whose work went largely unnoticed. Until now, that is, thanks to Klassik Studio.

“We started Klassik Studio because people were coming into the shop with a design to sell and we’d say, ‘where did you get that?!’ It was always a one-off, or by a nearly-forgotten architect, and we realized there was this whole treasure trove of design out there just waiting to be discovered,” says Sales Manager Jesper Harris.

The first design produced by Klassik Studio is King’s Chair by Poul Volther. Designed in 1952, there were only three chairs ever produced; it was Volther’s personal chair, and the simplicity and comfort of the item makes it clear why. So why wasn’t it put into production? “We don’t really know,” says Jesper, “But we’re so glad that we’re able to do it now.”

In addition to King’s Chair, Volther’s PV Daybed, designed in 1959, has also been put into production by Klassik Studio. “We’ve been working directly with the Volther family,” Jesper explains, “which we feel is the best way to go about this process. When we have the family involved, we know that they’re happy with the way we’re producing things. We obviously have to buy the rights to each piece, but it makes a difference when we have the blessing of the family too.”

Klassik Studio produces all of their pieces in Denmark, which means the craftsmanship is top quality, but it also means the prices are high. “It is most important to us that the quality be there, as it would have been when these pieces were originally designed,” Jesper says.

Klassik Studio not only produces furniture, but also lighting, ceramics, rugs, and accessories. Jesper notes, “though we are excited about many upcoming pieces, we only produce two to four new pieces of furniture per year. We want to really focus on the designs, and on working with the family estates to get them into production. Our production runs are around 100 pieces, so we avoid waste in that way. Being sustainable as producers is a priority for us.”

The latest launch is the Beauty Box by Ejner Larsen and Aksel Bendel Madsen. With clean lines and beautiful craftsmanship on display thanks to the visible finger joints, the box is ideal for skincare, cosmetics, jewelry, or other small personal items.

Though most items produced by Klassik Studio were designed in the mid-century period, they also produce a limited number of new pieces, such as ceramics designed in-house by Lasse Strom Jørgensen. Even these pieces are inspired by classic Danish design and fit in with that overall aesthetic.

Klassik Studio is all about recognizing the potential in what is forgotten or hidden – just because you’ve never heard of a particular design doesn’t mean it’s not worth making. Sometimes Danish design can feel name-driven: it holds no value if it isn’t made by Arne Jacobsen or Finn Juhl. But Klassik Studio feels that good design speaks for itself, and they’re simply helping these pieces find their voice.

Find out more about Klassik Studio.

Discover the Best Scandinavian Bands of 2020

U.S. Passengers Prepare to Evacuate From Cruise Ship in Japan