Help! Renting a Vehicle Through Europcar Drove Me Crazy! 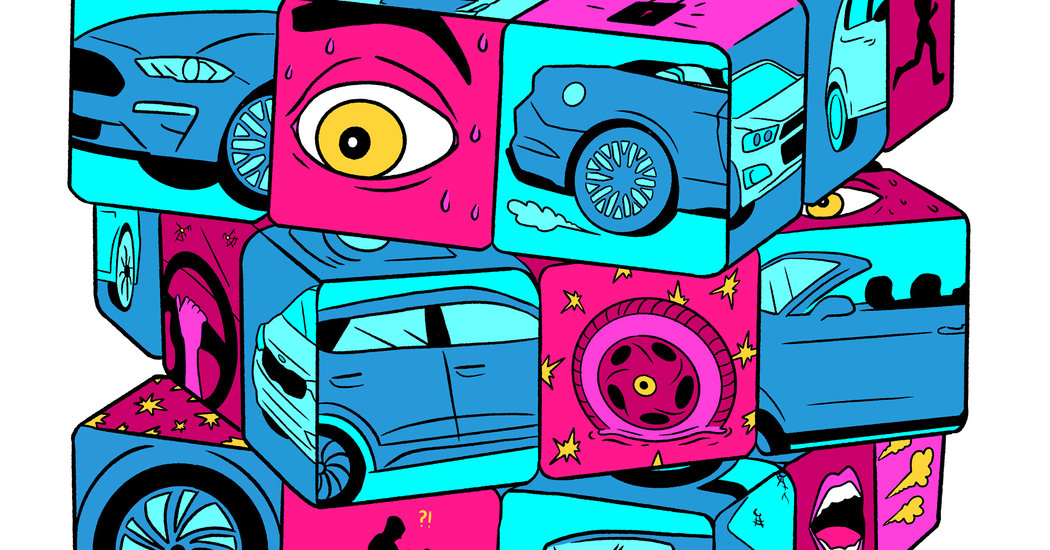 When we first solicited reader stories of travel disasters, we immediately received four individual emails concerning Europcar, the rental car company that operates in 140 countries. Although anyone renting a car from any rental company on Earth might find themselves in the situations below, we felt that strength in numbers might be valuable here, so we packaged the disasters as a quartet and sent them to Europcar for comment.

In addition to (largely) resolving the complaints, Europcar emailed the following statement: “Europcar Mobility Group would like to thank The New York Times for bringing to its attention the various customer service issues. The company has responded directly to each of the customers concerned to resolve their queries and has taken on board where processes may need to be improved to deliver the best possible customer experience.”

After arriving in Calgary for the annual Calgary Stampede, Europcar jilted us by failing to honor our rental car reservation. There was only car left in the entire place, at Avis, and soon we were driving off in a red Mustang convertible that cost 2,000 Canadian dollars more than the car we reserved. Because Europcar failed to honor my reservation, shouldn’t I be refunded for the difference? Ethan

Like most car rental companies, though, Europcar overbooks to offset potential no-shows. Combine that with what the company cited as “high demand and some customers not returning vehicles as expected,” and it’s no surprise that you arrived to a nonexistent car, especially on one of Calgary’s busiest weeks of the year.

Europcar’s Reservation Guarantee Policy is meant to bulwark against scenarios like yours; if you are forced to rent a car elsewhere because of a lack of inventory, Europcar pledges to reimburse you. But these consumer protections are nonstandardized non-laws, leaving it up to the renter to advocate for recourse either in person, at peak exasperation, or after the fact, through a dizzying maze of emails and phone calls that go unanswered. Not exactly a winnable game.

I advocated for you and had some luck. Europcar issued you a refund of 983.29 dollars: the exact difference between the car you ostensibly rented and the red Mustang you drove away with, James Bond-style. However, the company was unwilling to refund the additional fees that amounted to the full 2,000 dollars overage.

That pain point is exactly what has prompted the Audi-owned rental car company, Silvercar (available in various cities in the United States, largely at airports), to rethink the traditional car-renting process by eliminating surprise fees and other hassles. And, as luck would have it, the company has a foothold in Denver — should you ever be inclined to attend another rodeo, say, in the American West.

In March, when I went to pick up my Europcar rental at the Puerto Vallarta airport, the agent forced me to buy $236.68 insurance before handing over the keys, even though my American Express card already offers collision damage waiver insurance. I showed him proof of coverage, but he held his ground. I’ve had no luck getting the money back. Keith

You’re right: All American Express cards have Car Rental Loss and Damage Insurance, secondary collision damage waiver coverage for rental-car damage or theft, which is applicable worldwide in most countries, including Mexico.

You were also correct to assume that Amex C.D.W. coverage kicks in only when cardholders decline the insurance offered by the rental car company: exactly what you attempted.

You were also correct to show proof of coverage, because even though Amex is a multi-billion-dollar, multinational brand that’s just about as recognizable as McDonald’s, Europcar still requires physical documentation of C.D.W. coverage, beyond the card itself. (You can get a Letter of Coverage on the spot by calling the phone number on the back of the credit card.)

Either the Puerto Vallarta agent was trying to pull a fast one or he was genuinely confused about the policies. Regardless, Europcar has issued a refund for the extra insurance.

My wife and I rented a vehicle through Europcar for a monthlong drive through South America; the rental agreement, via Priceline, came out to $3,312. But I believe Europcar used an inflated exchange rate, rather than the rate at the date of the credit card transaction, to convert the agreed-upon U.S.D. price to Chilean pesos. I ended up with a bill that was $194 higher. Barry

Because currency conversion rates vary daily, Europcar Chile sets a fixed rate based on the exchange rate on the first day of the month, plus 2 percent to account for the rate variance through the month. That’s generally industry standard. Acknowledging that you might not have had full access to the terms and conditions when you booked through a third-party site, Europcar has refunded your $194.

Our tire blew out shortly after picking up a BMW from Europcar in Rome. We were told that roadside assistance would cost 300 euros, plus the price of the tire; alternatively, I could exchange the car at the nearest Europcar location, about 16 miles north. But with a flat tire? Our Airbnb host helped us purchase and install a new tire, but I lost $96 in the process. Chris

Europcar confirms that its 24-hour roadside assistance for a flat tire should have been free, and that “it is not the company’s policy to ask a customer to drive with a blown-out tire.” (Amen to that.) In order to resolve what it has called “an honest misunderstanding,” Europcar has refunded you for the cost of the replacement tire. Here’s hoping that your next trip to Rome won’t be such a … Roman holiday.

The Oct. 27 edition of Tripped Up, in which a woman unsuccessfully tried to travel internationally with a passport set to expire four months, inspired all sorts of reactions from Times readers. Kate R. got right to the point: “Wouldn’t it make life easier if the powers that be just put that info on their websites instead of folks having to guess? That’s a problem with many government websites.” Agreed!

Sarah Firshein formerly held staff positions at Travel + Leisure and Vox Media, and has also contributed to Condé Nast Traveler, Bloomberg, Eater and other publications. If you need advice about a best-laid travel plan that went awry, send an email to travel@nytimes.com.

52 PLACES AND MUCH, MUCH MORE Follow our 52 Places traveler, Sebastian Modak, on Instagram as he travels the world, and discover more Travel coverage by following us on Twitter and Facebook. And sign up for our Travel Dispatch newsletter: Each week you’ll receive tips on traveling smarter, stories on hot destinations and access to photos from all over the world.

How to Move Abroad

The T List: Five Things We Recommend This Week

Las Vegas Doubles Down on Sports, Live and Broadcast