To Try: The Best Thai Restaurant in Finland 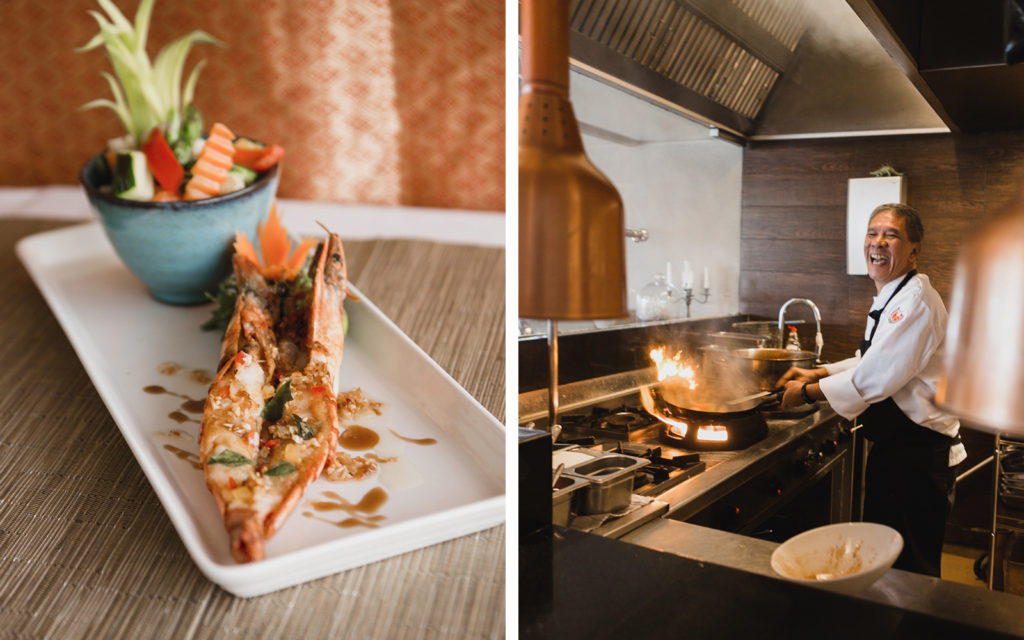 In 2004, Naantali Spa & Hotel invited chef Manit Poonhiran to cook during a one-off Thai-themed week at the hotel’s restaurant. The week passed, to great success, and he was asked to stay for an extra week. Then he was asked to stay a month. Then a year. 15 years later, he’s never left, and his extraordinary Thai kitchen is now a permanent fixture at the Naantali Spa & Hotel.

Head Chef Manit Poonhiran is a true ambassador of Thai food. His 32-year-long career has seen him touring kitchens in over 18 countries, bringing expertise – and often someone’s first taste of authentic Thai – with him. More importantly, he was one of the first to bring Thai food to Finland.

After many years and a warm reception in Naantali, the Thai team in Manit’s kitchen has perfected the art of cooking Thai food with imported spices and local Finnish produce, introducing mild fiery and spicy flavors to Finnish palettes as a result. Manit believes this, alongside the kitchen’s dedication to cooking every order fresh, is the reason his Thai food has become so popular.

“The perfect balance of flavors must be found in every mouthful,” he says of his blend of Finnish produce and Thai flavors. “Certain herbs and spices don’t taste the same in Finland, but when I import raw materials [from Thailand] I know exactly where they have grown.” Manit compliments the local produce and clean ingredients of Finnish cuisine too, recognizing that it’s both these ingredients, the dedicated team, and passion towards the cuisine of his home country that are the keys to his success.

This mix of fresh and time-honored is obviously working, as Thai Garden is the only Thai restaurant in Finland to receive the Thai Select Classic award. This certification, granted by the Department of International Trade Promotion, Ministry of Commerce, Thailand, guarantees that the food, service, and restaurant are all authentic and above excellent.

The menu is familiar but with unexpected twists. It contains many of the flavors you’d expect to see at a Thai restaurant, like peanut sauce, but elevates them beyond anything you’ve tried before. The Steh Hoy Shell, for example, takes a traditional satay, which most are used to seeing prepared with chicken, but uses curry-marinated scallops instead. Manit is also the mastermind behind deep-friend ice cream, a refresh of a favorite Thai dessert of pancakes with mango ice cream. His becomes a sort of cannoli, covered in crunchy coconut with a cold, creamy center.

It makes for a unique experience that only Manit could deliver. His love of Thai food and dedication to each customer is unparalleled.

Six Things to Do at Copenhagen Architecture Festival 2020

World Tourism Day: Embark on a Virtual Vacation to Australia

World Tourism Day 2020: With all precautions for Coronavirus pandemic, here is how Rajasthan is reviving tourism

What to Know About Your Used Car