Beirut explosion: How to help those in Lebanon 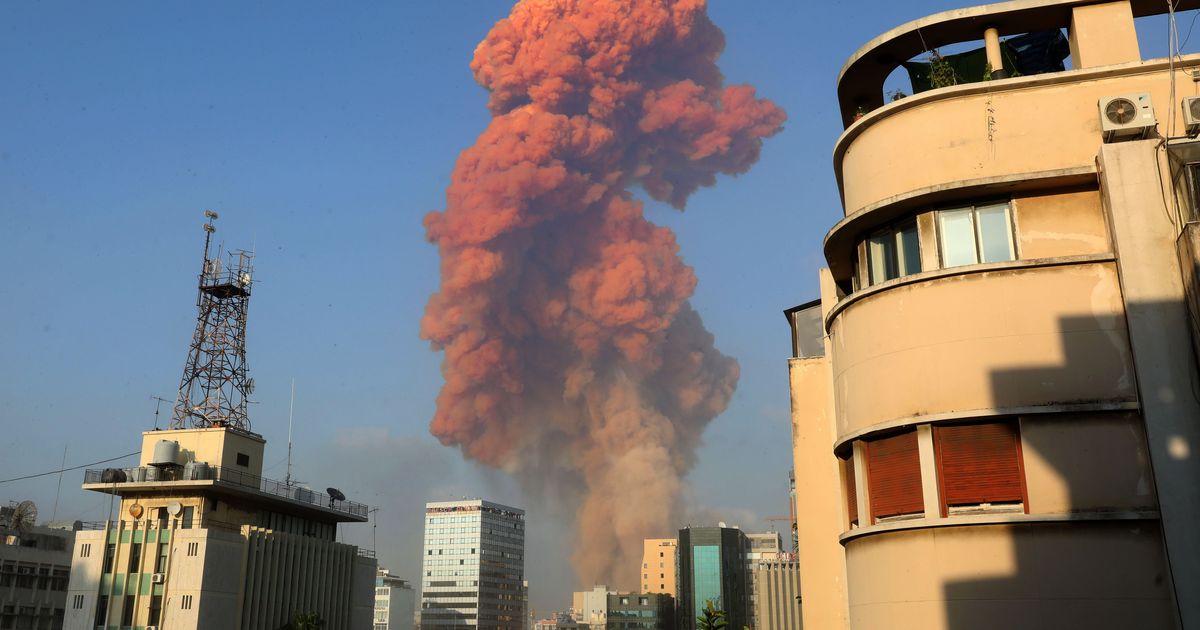 On Tuesday, a massive blast wave in Beirut, Lebanon’s capital, killed at least 135 people and wounded 5,000 others.

The impact of the devastating explosion is ongoing: More than 300,000 people’s homes were damaged in the explosion, and hundreds have been reported missing, which people fear could raise the death count. The president has called for a two-week state of emergency.

The explosion’s exact cause is currently undetermined, but Lebanese officials are pointing to the storage of 2,750 tons of ammonium nitrate, a highly explosive fertilizer, which was kept without safety precautions in the port of Beirut for years. Investigators are looking into possible negligence concerning the ammonium nitrate’s storage. There’s evidence that Lebanese officials knew about the danger, yet failed to properly act.

Now, anger with the ruling elite in Lebanon is boiling over into calls for revolution.

Even before the blast, economic collapse, due to decades of mismanagement and corruption, was threatening the livelihood of people in Lebanon. In the months prior, the Lebanese pound had dropped to record lows.

Amid the country’s economic collapse, the price of basic necessities skyrocketed, exacerbating hunger for many in Lebanon. All of this was coupled with a recent escalation in COVID-19 cases, and hospitals are now packed with victims of the explosion.

In short: Those in Beirut (and Lebanon as whole) desperately need help right now.

Charity Navigator, the charity ranking site, has compiled the following list of three organizations to support in the wake of the explosion. We’ve included some of our own picks as well. We’ll continue to update this list as the list of organizations continues to grow.

GlobalGiving is a global crowdfunding community that helps nonprofits around the world fundraise.

GlobalGiving is hosting a Beirut Port Explosion Relief Fund for the Union of Relief and Development Associations, a Lebanese human rights organization, which you can donate to here.

International Medical Corps is a global humanitarian aid organization that provides emergency medical services, as well as training, relief, and development programs for those in need.

Preemptive Love is an organization that provides relief, jobs, and community to those on the frontlines in conflict zones.

Preemptive Love is currently on the ground in Beirut providing emergency relief to families impacted by the blast. You can donate directly to Preemptive Love’s Beirut relief effort here.

In addition to Charity Navigator’s picks, there are other organizations directly involved with relief efforts in Beirut that Mashable selected because of their direct involvement with the needs of those impacted.

Impact Lebanon is an organization intended to make activism and volunteering available to the Lebanese diaspora.

The organization has a Beirut disaster relief fund, found here, through which it will be coordinating with non-governmental organizations who need help. Impact Lebanon says it will update the page with exact details on where money is going as it works with NGOs.

Impact Lebanon is also raising money for people whose homes were lost in the explosion, which you can donate to here.

The Lebanese Red Cross, an independent disaster relief organization, is the main provider of ambulances on Lebanon. After the blast, the organization set up triage and first aid stations, and dispatched ambulances to help those impacted.

You can donate to their efforts here.

With food insecurity already prevalent because of the increase in food prices, the need for increased access to food remains in the wake of the explosion, which destroyed Lebanon’s primary grain silo.

The Lebanese Food Bank collects and distributes food to those in need in Lebanon. You can donate here.

Save the Children is an organization that works to provide education, health care, protection, and emergency relief to kids around the world.

In response to the explosion, Save the Children launched the Lebanon Children’s Relief Fund, accessible here, which will fund “the urgent needs” of children and families. (Save the Children has field workers on the ground in Lebanon.)

UNICEF staff are on the ground in Beirut, where they’re providing medical and vaccine supplies, as well as water to rescue workers and psycho-social support to children.

You can donate to UNICEF’s response in Lebanon here, and you can designate funds to “Lebanon Emergency.”

The ‘Avengers’ game beta raises many concerns for the full release

Why the Atlantic hurricane forecast went from bad to really bad

Why the Atlantic hurricane forecast went from bad to really bad