Brad from Bon Appetit visits ‘Hot Ones’ for some serious sweating, swearing, and a cameo from Claire 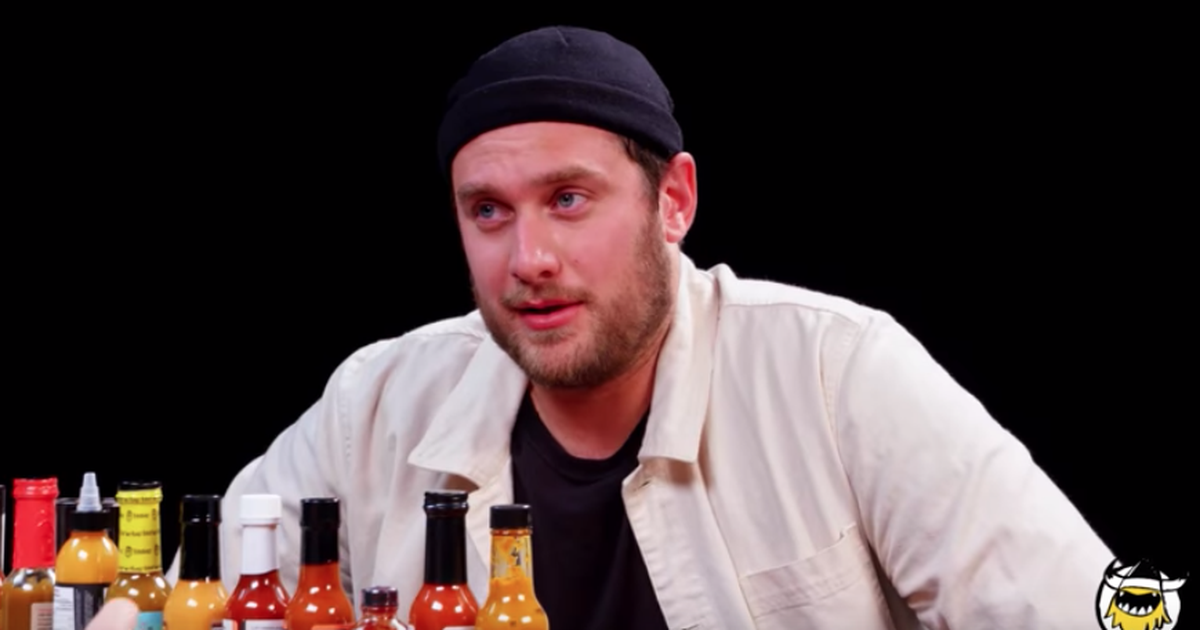 Brad Leone, the host of Bon Appetit‘s fermentation-focused series ‘It’s Alive’, is one of the most beloved stars of the BA test kitchen’s cult YouTube channel — but as the guest of honor for Hot Ones’ Thanksgiving special, he faces off against the other hottest food show on the internet.

As the pair work their way up the Scoville scale, Hot Ones host Sean Evans asks Leone about everything from the most overrated Thanksgiving food to catfish noodling — while four of his co-stars (yes, including your fancy junk food queen Claire Saffitz) pop up to grill him on some key hypotheticals, from apocalypse supplies to a revealing fuck/marry/kill.

And all the while, as is traditional, Leone is having a bit of a bad time with the wings. (Spoiler: He makes it to the end, he’s reaching for the room-temp milk a few sauces before that.)