Protect your home with these security systems on sale

‘Hey teens buckling up is totes yeet yo’: Cringey highway signs might be backfiring a bit 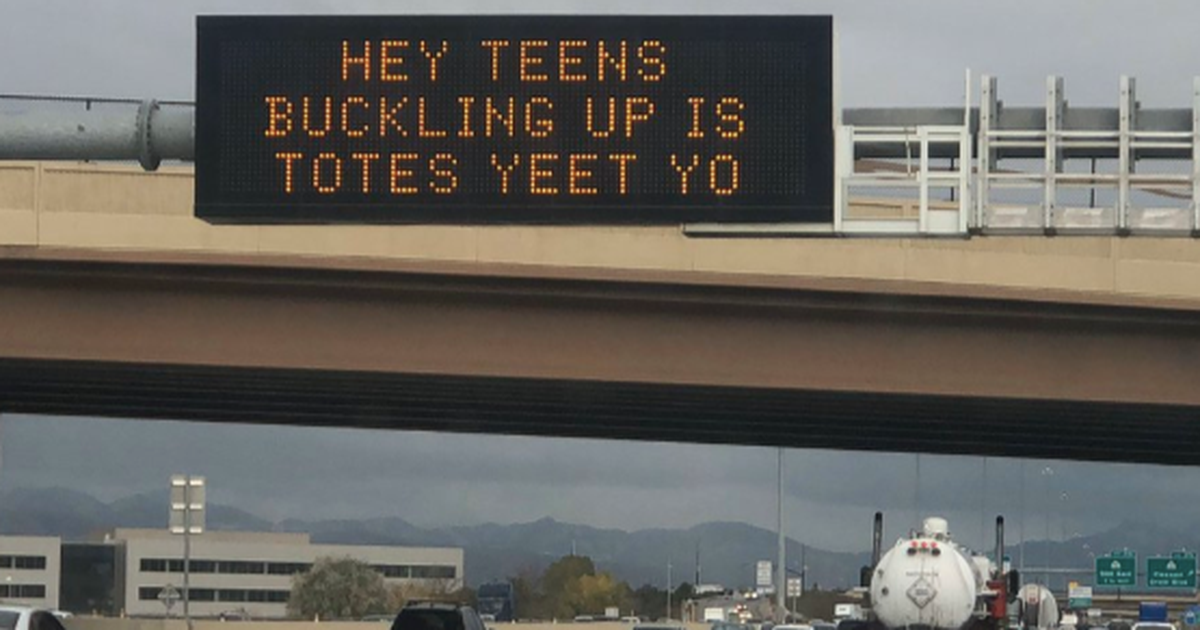 Utah commuters are having a real trip with the message keyed into their digital highway signs.

Unveiled earlier this week by the Utah Department of Transportation (UDOT), the signs read “Hey teens buckling up is totes yeet yo.”

Pump the breaks— did we read that right?

They really put this shit on the freeway like all of us wouldn’t take our phones out while traveling at 65+ miles an hour and take a dumbass picture pic.twitter.com/2tRHQbnHpl

Wow, yep. And it’s actually real, according to a tweet sent from the official UDOT Twitter account, the message is part of Teen Driver Safety Week.

This week is Teen Driver Safety Week. We may not be hip to all the slang, but we know that buckling up reduces the risk of serious injury in a crash by half. Buckle up, and don’t get yeeted from your car. #MessageMonday pic.twitter.com/Fnun36DzFD

“We may not be hip to all the slang, but we know that buckling up reduces the risk of serious injury in a crash by half,” the tweet reads.

Although the department seems to be self-aware and obviously well-intentioned, it might be fair to say that the message is having some unintended effects.

Various users in the Twitter thread are also snapping pics of the signs and reacting accordingly.

We’re not transportation experts or anything, but maybe people taking out their phones to take pictures while doing 60 down the highway isn’t the safest result.

This Samsung 4K TV is made with gamers in mind