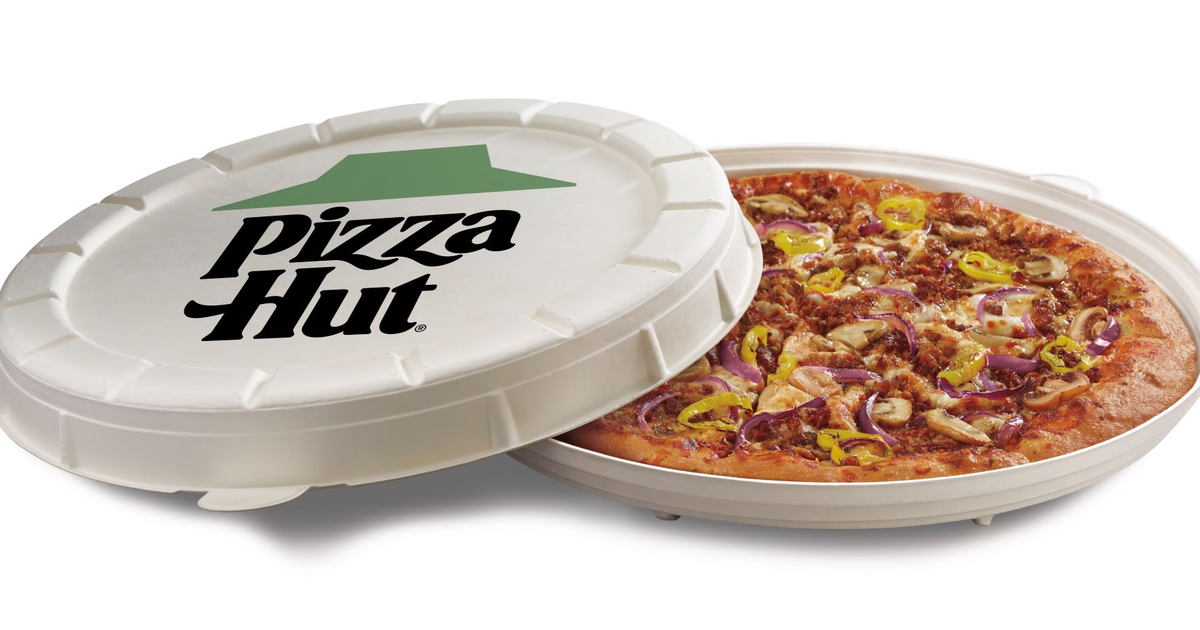 If you love fast food and are curious about the wave of plant-based “meat” sweeping across the country, it looks like you might have a chance to experience it in pizza form soon.

According to a press release, Pizza Hut is following competitors like Burger King and Dunkin Donuts by testing a pizza that features MorningStar Farm’s “Incogmeato” Italian sausage. MorningStar Farms is owned by Kellogg’s which you probably know for their breakfast foods, like Pop-Tarts, Eggo, and a lot of cereals.

What’s more, the Garden Specialty Pizza featuring Incogmeato will be delivered or sent home in a round pizza box, all in the name of sustainability. Pizza Hut partnered with sustainability company Zume on the effort.

In case you’re looking at that round box above and wondering, “WHAT IS THIS DEVIL MAGICK?,” it’s not exactly original. For instance, Apple patented a round pizza box for its on-campus cafe years ago. But none of the national pizza chains have made the switch yet which is why Pizza Hut is able to call the the new box “revolutionary” and “innovative.”

Pizza Hut claims the round box, which will be made of compostable materials, will result in “delivering hotter, crispier pizzas” and will require less packaging. It also looks like it’ll be a little easier to carry and won’t be quite as bulky when you stuff the leftovers in your fridge at the end of the night

Of course, though, there’s a catch.

If you want to try either the new pizza or see its round box when they launch on Oct. 23, there’s only one Pizza Hut that can help you and it’s in Phoenix, Arizona.

Given that Pizza Hut itself calls this a “test” of the new options, chances are you’ll see it (eventually) in other corners of the country soon.