*Really* miss flying? Join over 100 other weirdos on this 7-hour ‘flight to nowhere’. 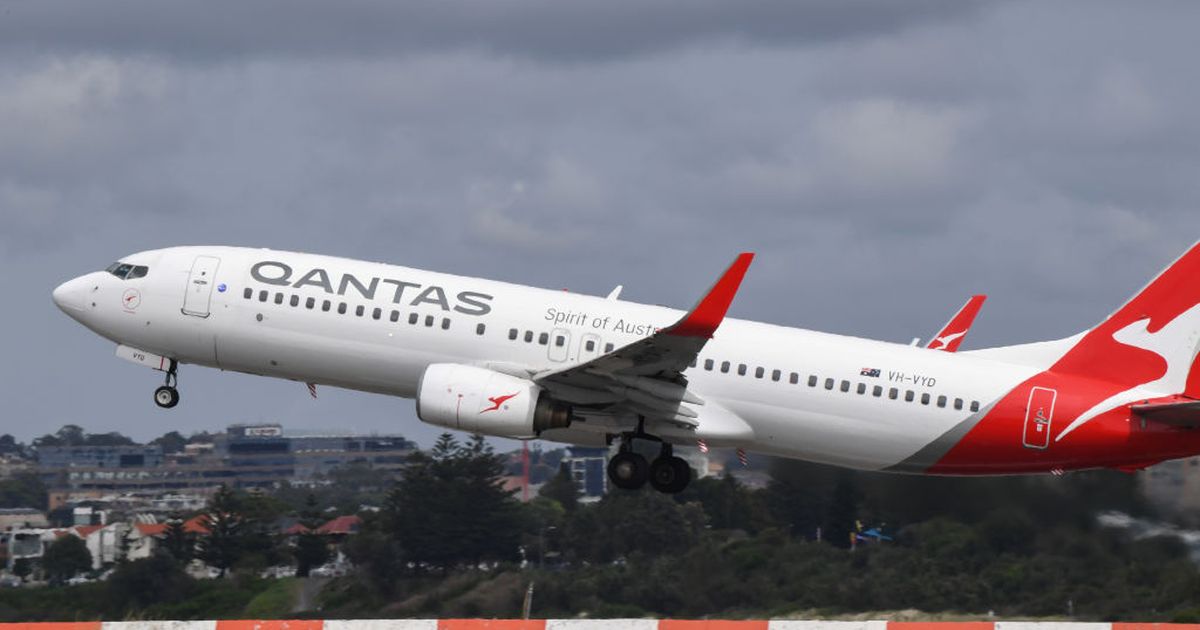 New seats on Qantas’ previously sold out “Great Southern Land” scenic joy flight have now been made available, giving travel-starved Australians another chance to pay almost AU$800 to board a plane, fly in a big circle for seven and a half hours, and touch down in the exact same place they took off from.

Australian airline Qantas revealed their Great Southern Land flight on Thursday, offering Sydney passengers the chance to buzz over iconic destinations such as the Great Barrier Reef, Uluru, and Bondi Beach. They won’t be able to disembark at any of these places though, considering state borders have been closed due to the coronavirus. Instead, passengers will merely glimpse these iconic locations out the windows of a low-flying B787 Dreamliner, weather permitting.

It’s a far cry from actually digging your toes in the Gold Coast’s sand, but that hasn’t stopped Sydney’s would-be travellers. The flight quickly sold out, with over 130 seats seemingly filled within moments.

“We knew this flight would be popular, but we didn’t expect it to sell out in 10 minutes,” a Qantas spokesperson said. “It’s probably the fastest selling flight in Qantas history.”

Fortunately for those who missed out, there’s a second chance to nab a ticket to nowhere. A handful of seats in economy have now become available due to double booking. You’ll have to get on them fast though — Mashable counted only 11 at time of writing.

“In their excitement a few of our customers booked twice, meaning they had two seats on the flight,” a Qantas spokesperson told Mashable. “We’ve released those seats back for sale so for those who missed out they have a second [chance] to get on our Great Southern Land scenic flights.”

Scheduled to depart from Sydney Domestic Airport on October 10, the Great Southern Land flight unfortunately doesn’t include any inflight entertainment. It does, however, boast a pre-flight breakfast in Qantas’ Business Lounge, a commemorative flight certificate, and a gift bag. There’ll also be a “surprise celebrity host MC and entertainment,” who will probably be a former The Masked Singer Australia contestant or something.

Twenty-one business class tickets were available at AU$3,787 each, 24 premium economy at AU$1,787 each, and 104 economy tickets at AU$787. Qantas told Mashable the middle seat in economy will be left empty, making both social distancing and general comfort a bit easier, and the entire flight will be completely carbon offset.

Like most airlines, Qantas has been struggling with the dramatically decreased demand for flights amidst the coronavirus pandemic. The company announced it would cut 6,000 jobs earlier this year, and reported a AU$2 billion annual loss in August. With scenic flights such as the Great Southern Land Flight, Qantas may hope to mitigate some of the damage.

“If the demand is there, we’ll definitely look at doing more of these scenic flights while we all wait for borders to open,” said a Qantas spokesperson.

The outsized enthusiasm for Qantas’ largely pointless joyride is both unexpected and not. On one hand, flying was largely seen as an uncomfortable annoyance pre-pandemic. Cramming yourself into a soaring metal sky tube was nothing more than an unfortunately necessary step for getting from A to B, and one few people enjoyed even without considering the notoriously underwhelming food.

On the other hand, you don’t know what you’ve got ’till it’s gone. Flying could be torturous, but it was also part of the experience of travelling to new places, trying exciting new activities, and eating unfamiliar foods. The mere illusion of going somewhere, anywhere, and doing anything at all might be enough of a hit to our dopamine-starved systems that our primal monkey brains will go, “Ah yes, this cramped economy seat and reheated tinfoil tray meal truly is where happiness lies.”

Is it a massive waste of fuel and terrible for the environment? Most likely. Am I baffled by who has AU$800 to spend on a joy flight in our current economic hellscape? You bet! Am I also shamefully kinda jealous and wish I was on a plane too? Yeah. Yeah, I am.