If the holidays suck for you, head to the nicest place on the internet 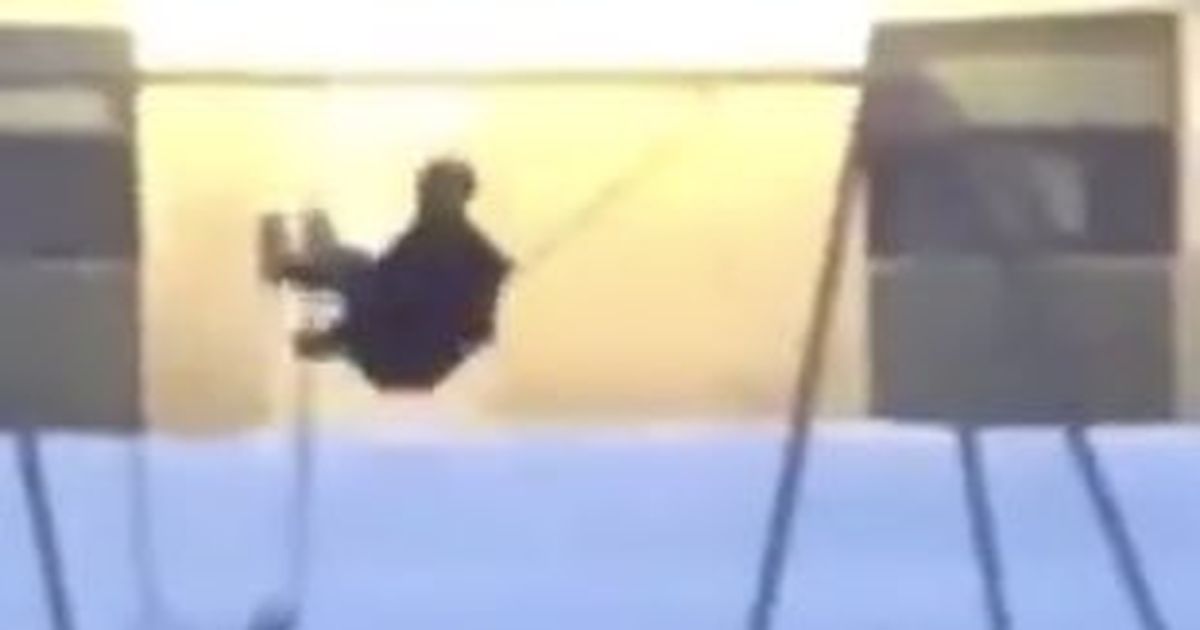 If you’re steeling yourself for arguments over the Christmas table this year, bookmark this now. When the conversation turns to impeachment, climate change, or whether Star Wars is ruined now, pull out your phone and show them this video of a silhouetted figure on a swing set in the snow.

Then ask them which way the swinger is facing.

User @ectupper originally posted the illusion on Twitter in February, and then to TikTok recently, where it blew up and made its way back to Twitter to wrinkle brains and cause arguments about forced perspective.

Like other conflict-inciting viral illusions, of the Dress or Yanny/Laurel kind, at first it seems obvious which way the swinger is facing. You can’t even understand why anyone would see it the other wa—

I only saw it as him facing the camera and then randomly it switched and now I see him facing the building. IM FREAKIN OUT. Look at the actually swing set and u can change the angle of it if u think about it.

Don’t worry, there are diagrams.

For people wondering how some see a way and the others see another way. It’s just a matter of the direction you see him balancing to.. Now I can see both ways! pic.twitter.com/LEcgbRVlat

And there’s always one man who just wants to watch the world burn.

he isn’t even swinging. The building is moving away from him

Just like Yanny and the Dress (and climate change and impeachment and Star Wars, for that matter), there is actually a single correct answer, no matter how you see it personally.

While it’s easy to see it either way while the swinger’s chilling on the shorter curve, once they’ve really got some momentum and hit the level of the top bar — which, as any seasoned swinger knows, is the true and honorable goal — you can just make out that bar in front of them.

But if you want to keep the family harmlessly distracted for a little longer, feel free to withhold that information until the food coma hits.