Bloomberg accidentally created an Alexa Fleshlight and oh my gawd

This 'starry night' toad was lost to scientists for decades 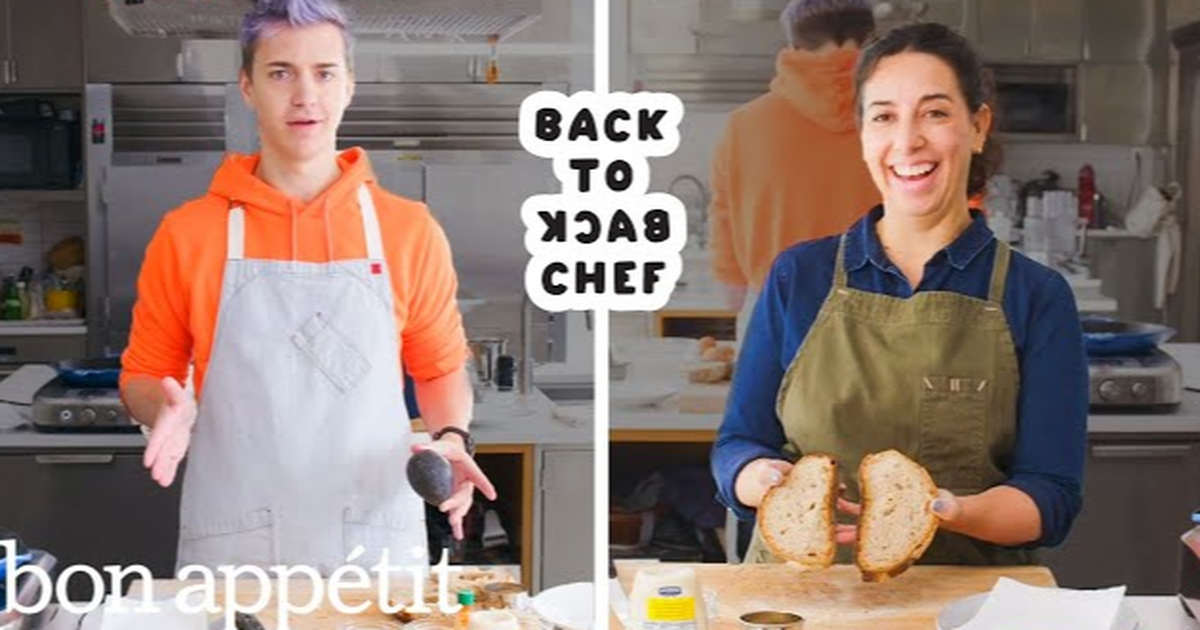 Ninja tried to keep up with Bon Appétit chef Carla Lalli Music in the latest episode of “Back to Back Chef.”

It did not go well.

Music planned a relatively simple bacon, egg, and cheese sandwich. Tyler Blevins, known by his professional gaming handle “Ninja,” tried to follow along based on verbal instructions only.

Despite Ninja’s cooking background — he told Music that when he worked at a restaurant for three years where his duties included “sautéing, cooking at the noodle station, and prepping noodles” — he couldn’t fathom sliced bread. When Music instructed him to cut two slices from the loaf of bread in front of him, Ninja couldn’t grasp how one slices bread.

Music was just as confused as to why he didn’t understand.

Eventually, he (sort of?) got it and cut two comically large slices by cutting the bread through the horizontally, instead of vertically through the top.

The end product turned out pretty well, given the mix-up. Maybe gamers can cook after all.

I don’t know who needs to hear this, but the ‘range’ meme has the range

Score a new game for as cheap as $3 (!) during these Xbox One publisher sales