A Perfect Spot for Running, or Proposing 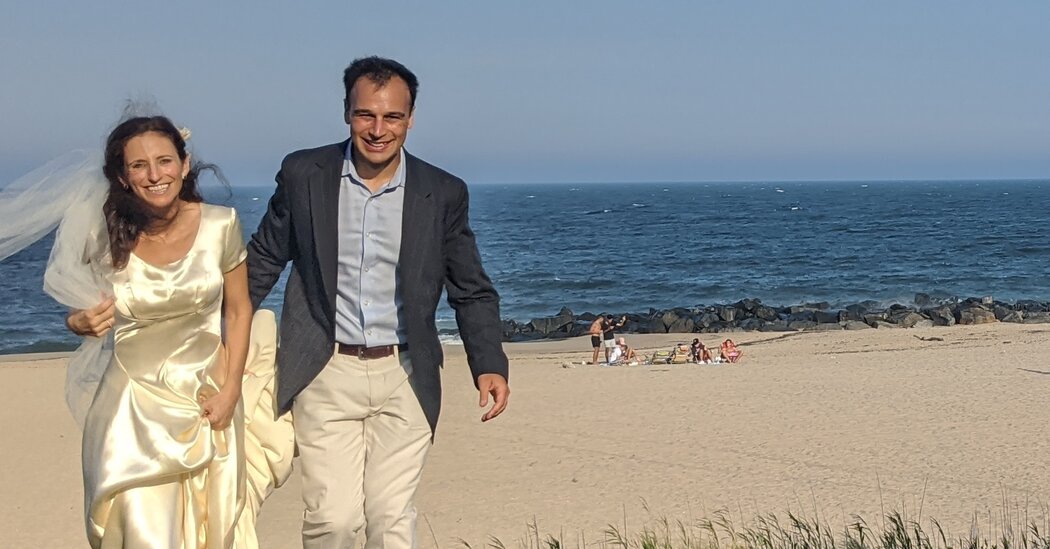 Jennifer Lauren Soffen and Harrison Douglas Marks got to know each other walking, running and biking along New York City’s waterfront paths, especially by the Hudson River.

“One of our favorite walks is along the West Side Highway,” said Mr. Marks, who was introduced to Ms. Soffen in 2018 through mutual friends.

A few months later they met at a wine bar in SoHo on a rainy Spring evening, and as Ms. Soffen took her first sip of wine right after he had laughed at one of her jokes she recalled thinking: “I could marry this person.”

For their third date the next week she invited him to a Sunday brunch. She made omelets and they ate on the roof of her building in Chelsea. “This could go somewhere,” he recalled thinking, and after brunch they went on the first of many “city explorations,” riding Citi Bikes along the West Side Highway from Chelsea up to around the Columbia area.

Ms. Soffen, 34, works in business development at Google, where she leads several emerging products on the payments team. She graduated from Cornell and received an M.B.A. with distinction from Harvard.

Mr. Marks, 32, is a senior manager in the New York office of Bain & Company, the management consultancy. He graduated from Yale, from which he also received a law degree.

In May 2019 they moved out of their studios — he from the Flatiron area — into a two-bedroom apartment together in Ms. Soffen’s building in Chelsea.

On Feb. 16, 2020, he proposed just north of Chelsea Piers, where he got down on one knee after finding a grassy spot with a good view of the Hudson. She said yes to the cheers of two passers-by, and then they returned to an apartment filled with dozens of all kinds of flowers in different colors in every conceivable container — beer steins, glasses, vases, a coffee carafe and a wine decanter. He picked them up earlier at their local bodega, and then dropped them off for her brother and sister-in-law, who live a block from their apartment, to arrange while they were out.

“The Hudson River has been a part of our relationship from the very beginning,” he said.

They had planned to get married in October in the backyard of the bride’s paternal family’s beach house in Long Branch, N.J. Because of the pandemic, they moved up plans and married there on July 19. Rabbi Daniel S. Ross led a ceremony before the couple’s immediate family.

“It was so special,” said Ms. Soffen, who is taking the groom’s name. She wore the same satin wedding dress in the yard overlooking the beach that her paternal grandmother wore in 1952. Ms. Soffen is the seventh person in her family to wear it.

Everyone who attended the wedding was involved in the ceremony, the bride said. Her father and brother set up the tables, her sister-in-law made a two-tiered wedding cake, the fiancé of the groom’s sister played guitar accompanying their walks down the aisle, a friend took photos, her brother and his sister were the M.C.’s and a cousin was in charge of the Zoom call with 150 viewers.

The groom also had an upcoming role in the marriage that he might not have been aware of.

“I get to call Harrison my husband,” Ms. Soffen said after the wedding. “Now I actually get to say ‘my husband is making me pancakes for breakfast.’”

He made his wife a batch a few days later.

Thoughtful Gift Ideas That Newlyweds Will Actually Use

The wedding registry was created years ago to help guests determine what newlyweds want or need for their home as ...

Love Letter: Behind the Velvet Rope of Club Marriage

For many singles, the pressure from parents, family members and friends to find love and get married can often result ...

She Fell in Love, and the Dog Approved

In June 2018, when Tara Harper told Frederick Rahr that she was going to drive eight hours round trip, from ...

Between Reps at the Gym, a Strong Connection

When Lauren Maillian joined the New York Sports Club in Harlem, her intention was to work out. Robert Palmer had ...

Betsy Zeidman and David Kleeman were a year apart at Sidwell Friends School in Washington in the 1970s, though both ...

After a Generation, 2 Families in the Same Place Again

A classic best-friend’s-boyfriend connection brought Danica Gould and John Stamatis together, in 2015, but it eventually emerged that their connections ...