Wedding Vendors Face Fallout After Speaking Up on Social Issues 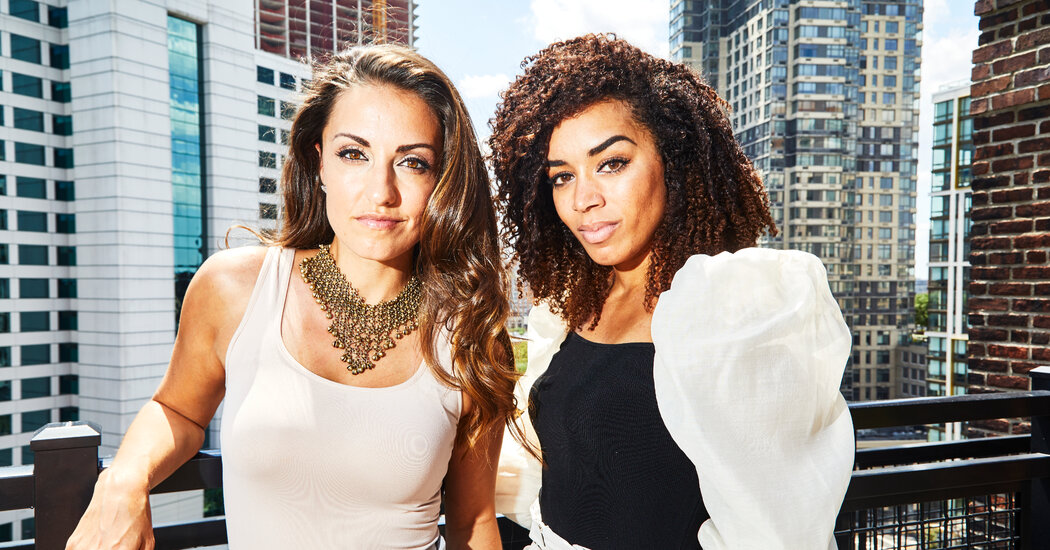 In June, the photographer Shakira Rochelle started taking photographs of Black Lives Matter protesters in her hometown Cincinnati. She shared the images and other supportive B.L.M. content on her personal Instagram account. Shortly, thereafter she received a text from a couple who had hired her to photograph their wedding.

In a screenshot of the text that has since gone viral, the couple said they wanted to cancel their contract because they didn’t feel Ms. Rochelle was a fit if she supported the Black Lives Matter movement.

Mr. Rochelle isn’t the only wedding professional who has seen fallout from voicing opinions in tweets and posts online. The New York-based photographer Clane Gessel also lost a client when he posted an Instagram story while at a Black Lives Matter protest. First the clients unfollowed his social media account. Then they called to say that they didn’t feel “comfortable” with Mr. Gessel at the wedding and didn’t want their wedding photos next to posts that “don’t support the guests’ views.”

Mr. Gessel wasn’t bothered by the cancellation. “Silence is the enemy here, and the only reason we see change is when people speak and act out,” he said. “We should speak up regardless of the monetary penalties involved to do what’s right.”

Several social and political issues have converged in recent months. Among them: a global pandemic and debates over wearing masks; June’s annual Pride celebration and support for transgender lives; the uprising of Black Lives Matter protests and discussions on race and the criminal justice system. Not surprisingly, social media has become a hot spot for these conversations, even among wedding professionals.

Many vendors say that this is the first time they have publicly expressed their personal opinions in their professional space. Some have lost followers, clients and money; others expect to. And so the question remains: How much should wedding professionals share about their political and personal beliefs?

“When something affects your community at its core, it’s nearly impossible to continue as if nothing is happening,” said Sheena Meekins, an owner and photographer at Anée Atelier in New York. She and her business partner, Gina Esposito, explained that they are used to capturing emotional, authentic, and intimate moments, and so it seemed only natural for them to speak out on something equally emotional: human rights.

Deciding to take a public stance is not done lightly. Joe Bunn, a D.J. based in Raleigh, N.C., shared a heartfelt post about his beliefs in early June. In it, he wrote that he had never posted about his politics, but felt he had to say something a few days after the killing of George Floyd. “I can’t explain it,” Mr. Bunn said of the emotional draw to post. “I think equality is everything.”

He has also posted about wearing masks for public health. Whether that is the right decision, business-wise, he doesn’t know, but it is right personally. “Silence isn’t the move in 2020,” he added.

Troy Williams, who runs Simply Troy, an event planning company in Los Angeles, felt posting went beyond his business; it’s personal. He has an adopted Black son, who is 7, and a same-sex partner, he says both are big motivators for stepping up and speaking out to his 22,000 Instagram followers. Though he knows that not all of his clients may agree, he wants to use his platform to “stand up for what’s right” and his own family’s future.

Couples are taking notice, too. Madeline Johnson, a 28-year-old publicist, said that she felt immense pride when her Florida-based photographer, Chloé Brennan of Chloé Bee Photography, who was hired for her Seaside, Fla., nuptials, started posting support for Black Lives Matter on Instagram. Not only did Ms. Johnson and her fiancé, Arjun Rao, 33, the director of software engineering for a marketing firm, agree with Ms. Brennan, but they respected that she was doing so in a more conservative place than New York, where the couple lives.

For some, like Jove Meyer, an event planner and designer based in Brooklyn, and Erica Taylor Haskins, a founder of Tinsel Experiential Design, also in Brooklyn, politics and personal views have always been a part of their brands. Mr. Meyer is a fierce advocate for the L.G.B.T.Q. community and same-sex weddings, even educating colleagues in the industry on how to be more inclusive. Ms. Haskins said that personal beliefs have been integral to the Tinsel brand as well, since she and her two co-founders began 11 years ago.

One of their first professional Instagram posts was in support of same-sex marriage during California’s Proposition 8 debate. Since then, the two have found subtle ways to share their beliefs, including posts about political fund-raisers they do for candidates they support. Both posted heavily during Pride month.

Marcy Blum, an event planner and designer based in New York, puts it right out there. Her Instagram and Twitter bios include the phrase “an unapologetic lover of parties and fiercely against Donald Trump.” She said she has always been politically minded, since her days protesting the Vietnam War in the 1960s. This doesn’t stop her from working with someone of an opposing belief, but she wants her clients — and fellow wedding professionals — to know where she stands.

Not all agree that social media is a place for conversation on social and political topics. It was a challenge, though, to find wedding professionals who don’t agree to speak on the record. Those vendors who chose not to post a black square on Blackout Tuesday, after Mr. Floyd’s death, quickly received flak from colleagues for the apparent lack of support for Black Lives Matter. Then, there are others who are singled out for virtue signaling.

“I do suspect some posted the black square in response to peer pressure or just as a token of solidarity,” said Vikram Panicker, the principal creative designer at Elegant Affairs, an event design and décor company based in Fairfield, N.J.

Mr. Panicker has continued to discuss same-sex marriage, the government’s handling of the pandemic, Black Lives Matter, and more on his Instagram stories, but others in the industry have quickly returned to sharing images of past events and wedding-only content. “It doesn’t sit well with me to just keep posting pretty pictures in a time like this,” he said.

His last post on his main feed on Instagram is a black square. Mr. Panicker said several colleagues reached out to applaud his efforts, but several others also stopped following him.

Kaleigh Wiese, a wedding industry brand strategist and the owner of the Austin, Tex., stationery company Meldeen, said professionals she has spoken with recently feel like they will get shamed if they post and shamed if they don’t post; it’s a lose-lose situation. She, however, guides her clients to understand that saying nothing online isn’t a great look.

“Life happens offline, but your brand is what other people say it is,” Ms. Wiese said. “A lot of that is online. Having an online presence is a social responsibility. You simply cannot have a business today without showcasing diversity and inclusivity.”

Increasingly, couples seem to want their wedding professionals’ values to align with their own. Sabrina McMillin, 26, the account director at a communications firm in Brooklyn, said that from the start, she and her fiancé, Brian Carpan, 28, a student at Kingsborough Community College, have sought progressive wedding businesses owned by women, people of color and the L.G.B.T.Q. community for their celebration, which was originally scheduled for September and rescheduled for July 2021. Most, if not all, of her vendors have made social media statements regarding current issues, she added. Would she change her mind about a vendor, even at an expense, if she found them posting something derogatory?

“Yes,” she said, “there have to be consequences for this type of behavior that marginalizes people.” Ms. McMillan added that they have removed guests from their list who have expressed racist sentiments in response to recent protests, too.

For Natalie Hamlin, 30, a publicist in Los Angeles, the past few months have inspired her and Christopher Foulston, 35, a game developer, to rethink their vendors, especially since their wedding has been postponed because of the coronavirus. She said they not only pivoted to vendors who are taking serious safety precautions regarding the virus, but also did research into those who have raised awareness of systemic racism and discrimination. They would regret hiring a vendor that discriminates against employees or patrons because of their culture, race, or sexual orientation. They have married friends, she noted, who already regret their vendor choices in the past after seeing recent posts by them on social media.

“The investment is not only monetary,” Ms. Hamlin said. “We want to be surrounded by professionals who believe that love and empathy comes in all forms.”

Tips On How To Plan An Outdoor Wedding

How Ladies React During Proposals

As much as we try to deny it, there’s so much drama during proposals. For the ladies, here’s some of ...

How To Avoid Relationship Drama – Wrong Answers Only

What Kind Of Spouse Are You?

We know a lot of us are guilty of this. Which one are you?  The Clumsy One You don’t fail ...

Along with many couples’ 2020 wedding plans, gifts and registries during the coronavirus pandemic may look a little different. For ...

When Heather von Rohr first moved to Los Angeles, she had two things on her agenda. First, to become a ...